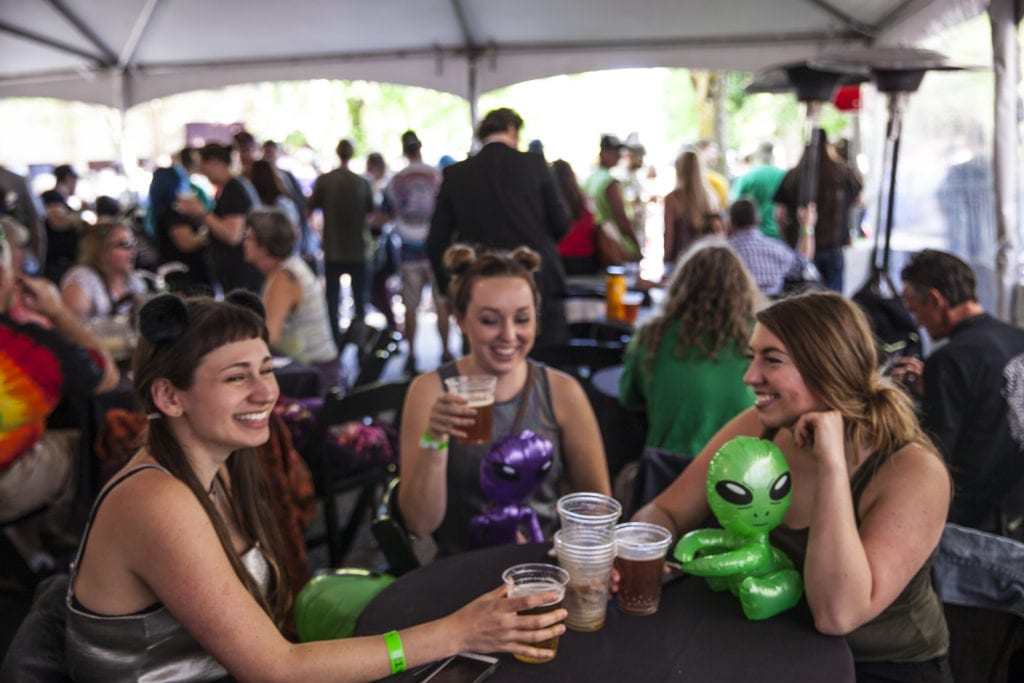 The 18th annual UFO Fest ran from May 18-21 in McMinnville, Oregon where thousands of believers came to enjoy food, music, costumes and everything extra-terrestrial in nature.

The entire town was down for the fun it seemed.  Many of the local coffee shops and cafes were claiming that “The Truth” could be found inside, and they were advertising menu items such as the “Alien Latte.’”

There were food carts and small vendors abound, typical of most outdoor Oregon events, however some vendors, such as Pat from ‘Pat-Works.com’ displayed some rather unique UFO themed products created from recycled material and discarded objects.

By the time I arrived on Saturday, there was absolutely no space available in Hotel Oregon.

I found this somewhat odd, as McMenamins provided a beer tent for all the thirsty monkeys baking in the hot sun.  In speculation, one would assume that for an event such as this the beer tent and the outdoor atmosphere would have been greatly preferred over a cramped indoor bar environment.

Hannah Petersen, Kaleigh Bush and Raquel Mansell were three friends from the Portland area attending the festival for the first time. “I just came for the beer!” Petersen stated while enjoying her Alienator IPA. Bush thought the event was, “a good excuse to wear too much glitter!”

Glitter, face-paint, tinfoil hats and whatever’s clever.  Some of the costumes were completely original creations while others were likened to popular movie and television characters.

My favorites were the Fox Mulder and Dana Scully FBI agent costumes from “The X-Files.” As a long-time believer, sci-fi enthusiast and with Halloween being my favorite holiday, the costumes were probably my favorite part of the entire festival. 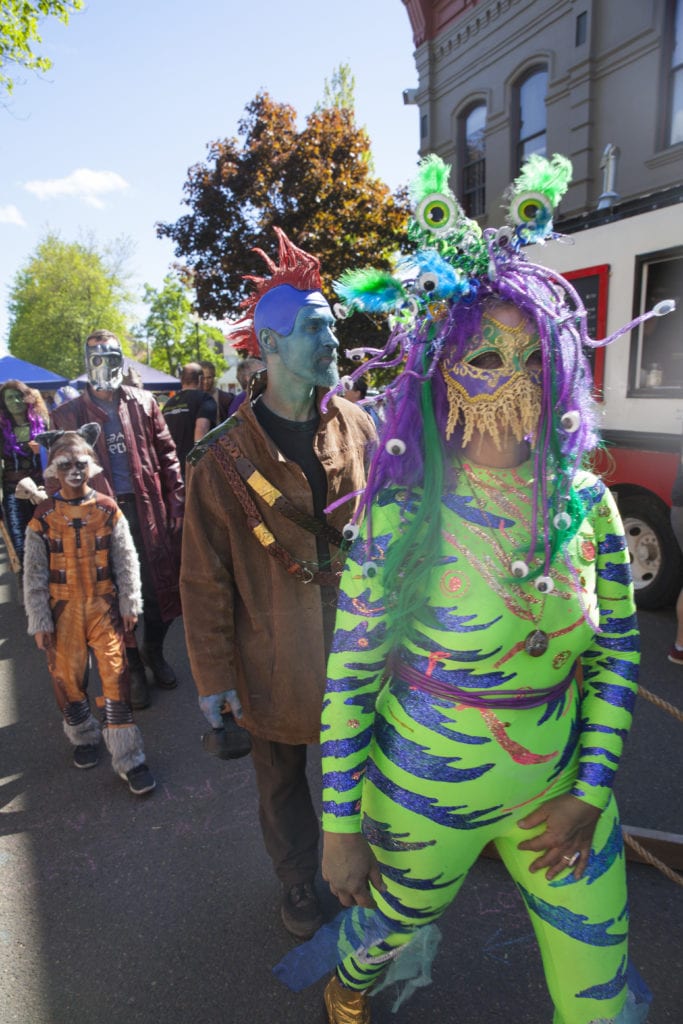 The main event, which was a Q&A discussion with well-known experiencers of UFO/Extra-terrestrial phenomenon, started at 6.  The discussion topics ranged from mildly boring to moderately amusing.

Many of the questions were unanswerable in nature, such as “What are the Aliens coming here for?”, and were responded to with vague personal hypotheses.  Other inquiries focused on topics such as government cover-ups and the capacity of such organizations to continue hiding information about alien life from the public.

Robert Jacobs elaborated quite well when he mentioned how former president Bill Clinton couldn’t even keep a secret like Monica Lewinski from being found out.  For anyone unaware, Monica Lewinski also graduated from Lewis and Clark College, making her a “local” which added a little bit of situational humor to the remark.

One of the more profound thoughts that emerged from the discussion was the question, “Why don’t the aliens just come out and show themselves and be like, ‘Look here we are!’”

Yvonne Smith replied, “Would you?!  I mean, look at how we treat each other!”
She made a very good point when saying that because it almost feels like every week there is another terror attack or another hate crime.

There was none of that.  To be quite honest, I can count the number of police officers and security type personnel I noticed on one hand.  This is not a criticism, but instead a compliment.  I strongly believe that posting sentries and armed guards at every event is quite damaging and prevents people from really enjoying the festival.

Whether you came to dress up your dog and wear glitter or to share your personal abduction experience with other victims, UFO Fest was a fantastic gathering for everyone from everywhere who shared a common interest in something a little bit mysterious.

Any opportunity to forget about our differences as human beings and come together over something silly is an opportunity for growth and happiness, which in my opinion, is exactly what this “alien” experience we call “Life” is all about. 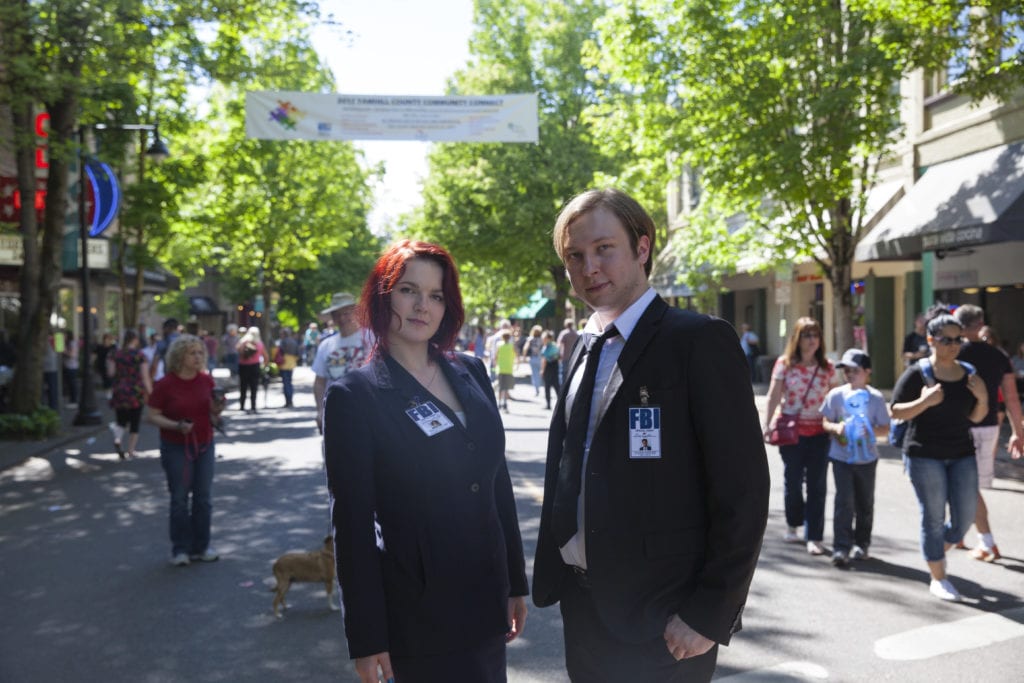