Urinetown is the sh!t

“It’s a privilege to pee.” In fact, it’s one of mankind’s most basic rights, but the right to pee comes with a fee in this musical satire.

The Clackamas Community College cast came out strong for its first musical production in eight years, with moments of weak vocals overshadowed by solid ones. Standout performances came from Taylor Miller as Caldwell B. Cladwell and Molly Bowman as Little Sally. A few players shined in smaller roles, including Astrid Bloodgood as Little Becky Two Shoes and Mykel Illa as Hot Blades Harry.

The show starts with a police officer dragging director James Eikrem off the stage after his introductions and before he can give away the plot. Officer Lockstock, played by Carder Nicholas, doubles as the narrator. He repeatedly breaks the fourth wall as he explains the play to Little Sally, and reminds the audience that they are watching a musical after all.

The “poor chorus” proved themselves as a highlight and showed off their dance moves in the energetic musical numbers with help from guest choreographer Laura Sue Hiszczynskyj.

The Broadway production of the show has won three Tony awards. The script, with book and lyrics by Greg Kotis and music and lyrics by Mark Hollmann, did not disappoint.

The satirical comedy poked fun at just about everything, including socialism, naïve activism, hypocrisy, religion, hope, and even at itself. In response to the notion that nothing can kill a show like too much exposition, Little Sally replied, “Or a bad title, even? That could kill a show pretty good.”

But what is Urinetown? Well it depends on who you ask. Officer Lockstock calls it “a mythical place” that “you won’t see until act two.” Little Sally calls it a “metaphysical place,” Caldwell calls it “an instrument of power,” and Bobby Strong, played by Sam Levi, calls it a lie. But don’t take their word for it, come out and decide for yourself.

Urine for a show. It might even put a tinkle in your eye. You gotta go! So put the seat down, and relax. 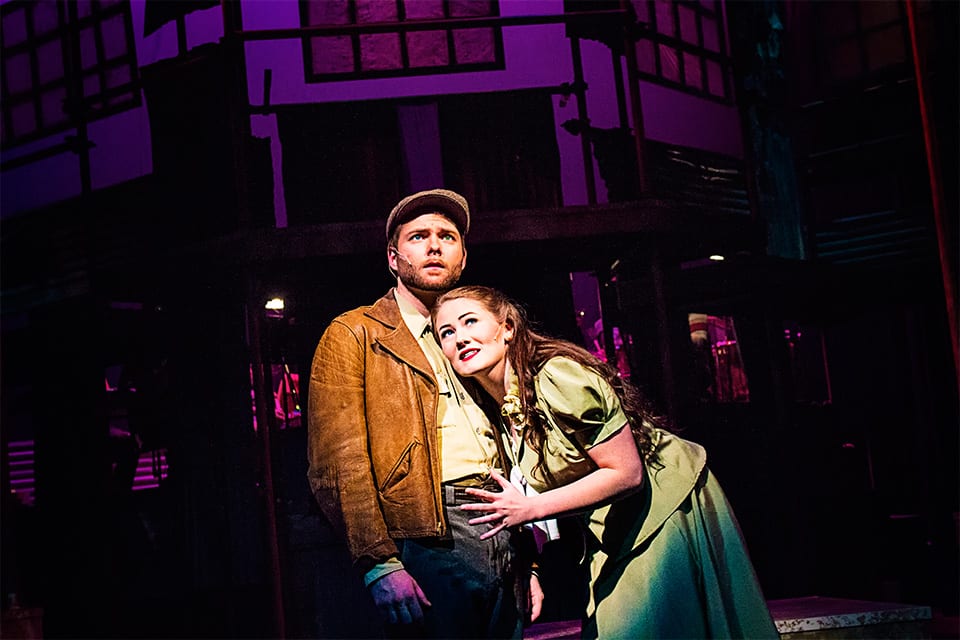