Van Gogh exhibit makes you part of the art 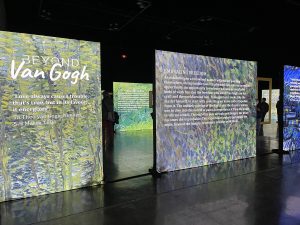 Beyond Van Gogh is an exhibit that had you standing in art itself watching it move all around you.

More than 300 of  Vincent Van Gogh’s works were illuminated on the walls and floors of the Oregon Convention Center in a production called Beyond Van Gogh that is traveling all over the country. The show was in Portland from November until Feb. 12.

When you first entered, there was very calming music and about 8-feet tall screens that had the story of Van Gogh.

Each one had a piece of his art close up and a little story and/or letter that he wrote to his brother Theo Van Gogh. It was surprisingly nice that they added how exactly this man of arts cut off his own ear. Each story gave a meaning and message into his life.

After the story was the projection show, first walking in, it’s a pretty big space. There are benches in some places where visitors could  sit and watch; some were sitting on the floor enjoying the moment.

One scene showed all the flower art pieces Van Gogh created. As the music grew greater, his art started to move and flowers started to spread out all across the screens. It was as if you were standing in the art itself watching it move all around you. A voice of a lady narrated, mostly reading off what Van Gogh had said or about his life. At some point of the show, Van Gogh’s writings appeared all over the place. Sounds of someone writing accompanied the images.

The exhibit had  light shows for the little ones and great stories for the older to read about a guy who created amazing art. The exhibit was  big on making sure everyone was safe, staff and guests included. Because it was a sold out show, lines were big enough for social distancing.

“Sold out days like this is why we have two separate lines over here to just kind of get everyone in like a staggered way, especially with introductions, because people read at different speeds and it gets kind of traffic in there, ” said Peyton Birchler, a staff member who was working at the exhibit. 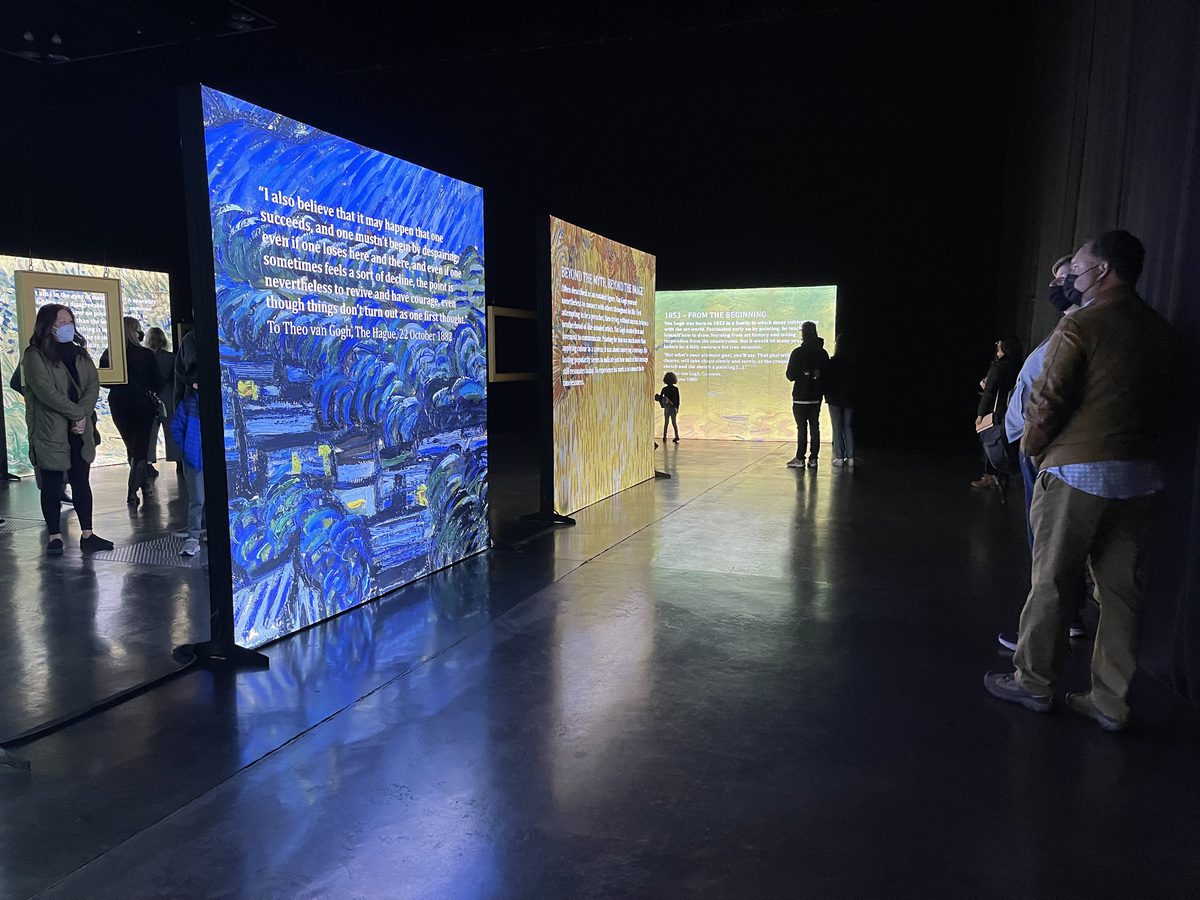 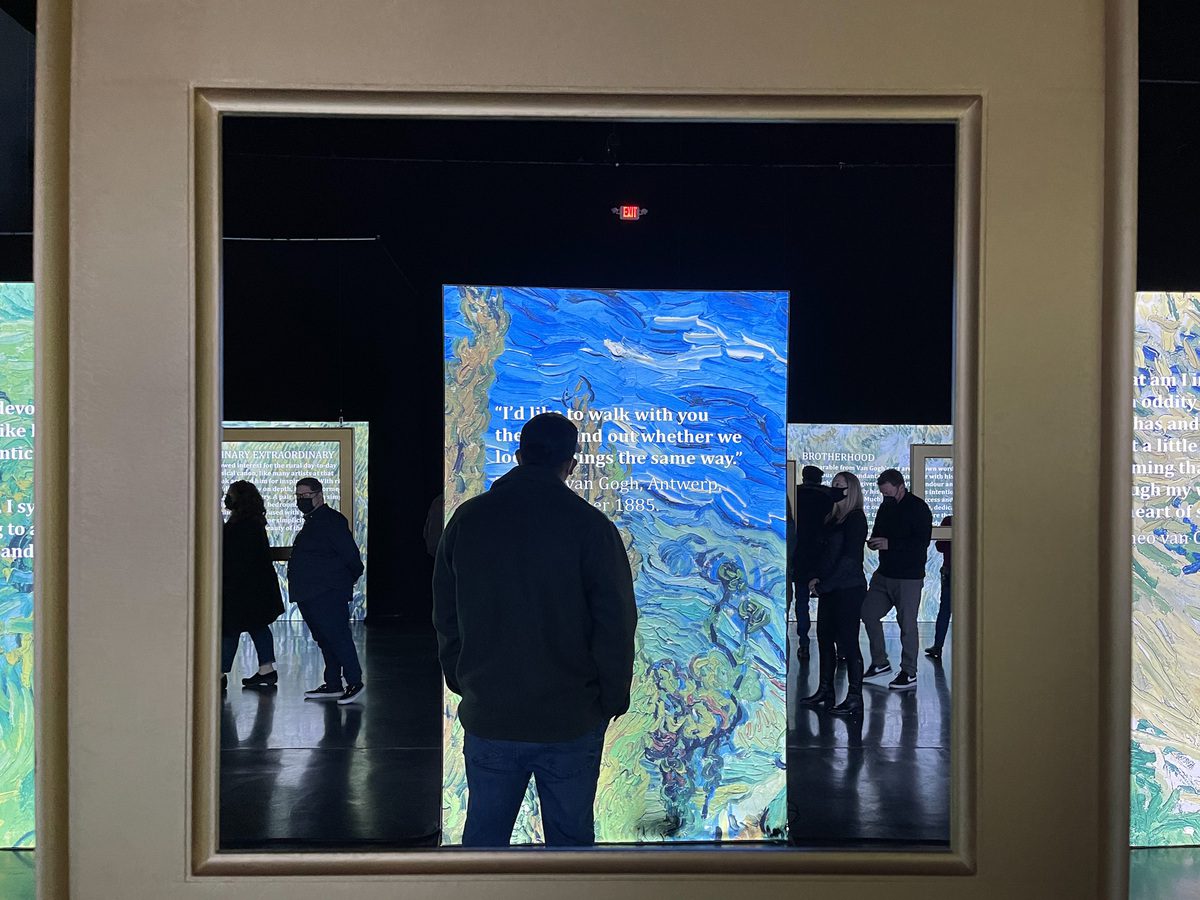 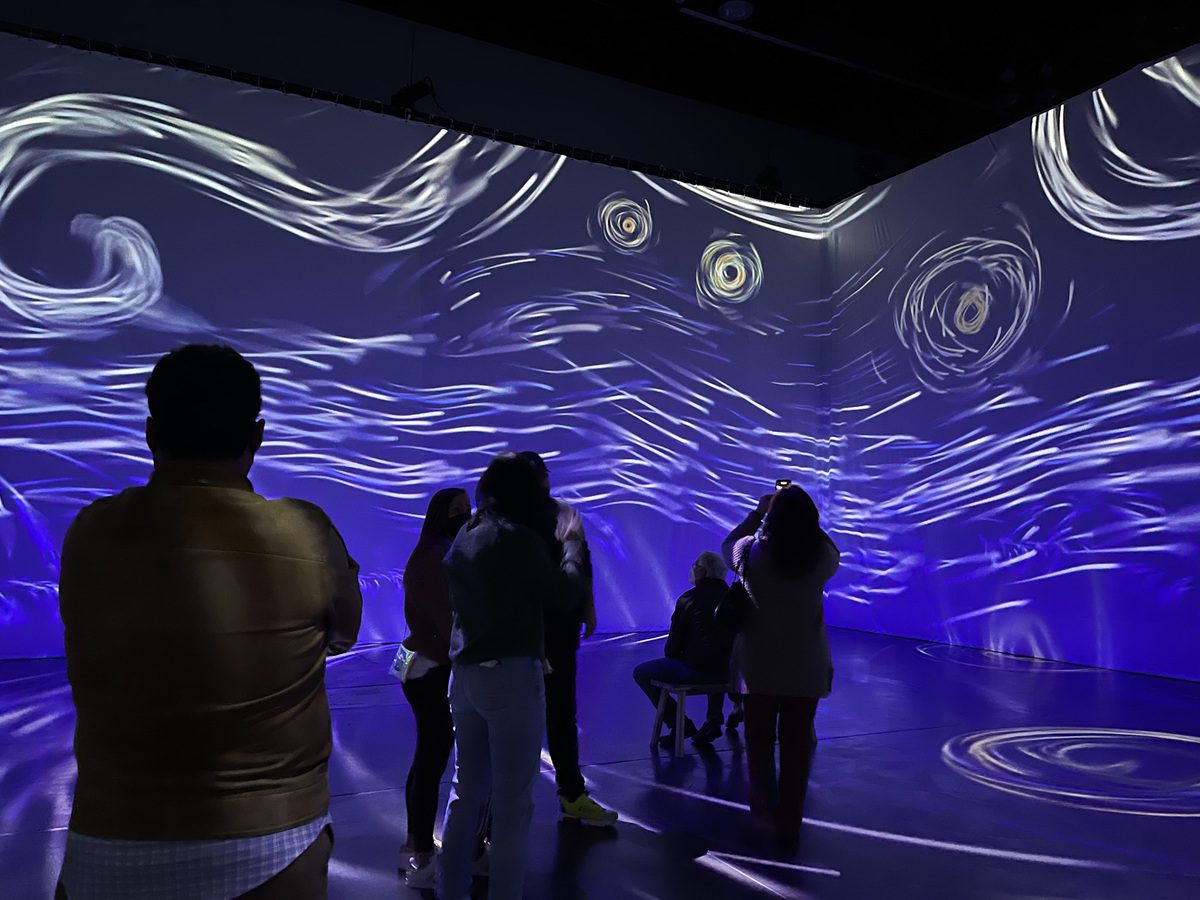 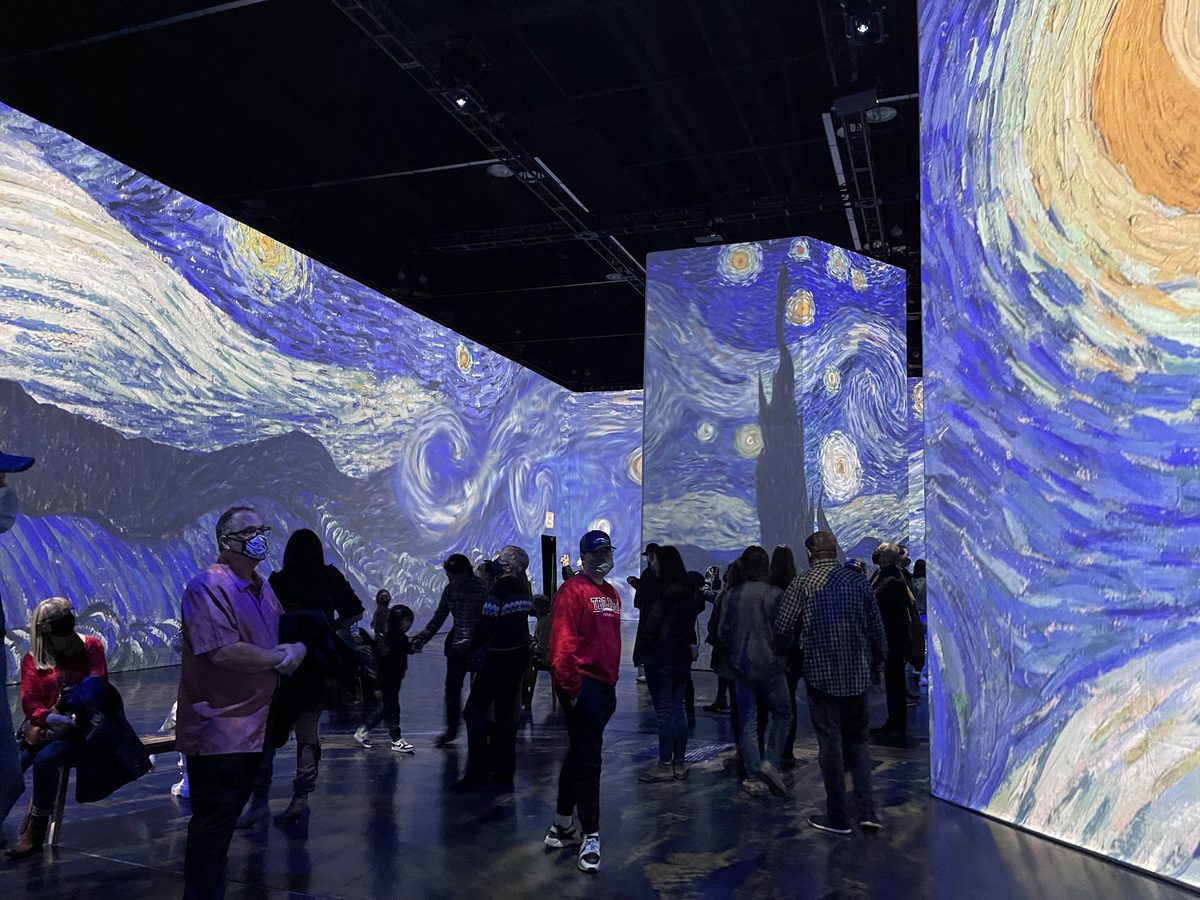 Alexis Sear is starting her first term at Clackamas Community College. In her free time, Alexis enjoys reading and playing games such as Call of Duty, and Rust. After graduating high school in 2021, Alexis is starting at a public school for the first time in her educational career.