Writers inspire others to compose

Clackamas Community College had the honor on May 2 to host the fifth annual writer’s workshop “Compose.” This year’s theme was “Storytelling Now.” Roughly 21 guest speakers travelled to speak at the event, from teachers at CCC like Kate Gray, Jaime Wood and Susan Pesznecker to Rafael Alvarez from Baltimore, Maryland. Although there were many talented speakers, we were only able to attend four different presentations. While different in topics and sources of inspiration, each workshop was enlightening and inspiring.

“How to Break the Reader’s Heart” was the name of the emotionally charged workshop given by Gray, who teaches poetry and English at CCC. Her session was a great way to start the day by digging deep into our souls to find words that touched us personally and then to project those feelings to others.

We warmed up by introducing ourselves and commenting on something we saw on our way in to the college. When we were done, Gray smiled and thanked us, saying, “Now you have your voice in the room.”

Next we were given writing prompts.

We were to write, just write. The entire class poured their hearts into the exercise and a few were brought to tears, multiple times. With just a few words, Gray got a classroom full of adults to break down all apprehensions and let perfect strangers into their deepest emotions.

When most of the class read their first writing assignment, we all quickly became emotionally connected. Each attendee came in with guarded vulnerabilities, but those walls fell as we learned about each other’s lives in no more than a few pages of perfectly placed words. The workshop was like therapy.

As we were able to attempt this in our writing and share amongst each other, the room came aflutter with laughs reminiscent of old high school friends. Gray taught us to look at our writing closer, to describe and analyze the flaws, which in turn allowed the writer to strip down further than he or she thought they could go. We learned that we should set up expectations in our writing, but not actually fulfill them; poetry is built on this.

The next workshop of the day was different, but just as inspiring as Gray’s. Kevin Sampsell, who is a published author and artist who now works for Powell’s bookstore, showed us the ins and outs of making a good collage. Before taking his workshop, collage had always in my mind been clippings of magazines mashed together in a nonsensical, very unartistic way. It was just a goofy thing to do with your friends. Sampsell’s workshop showed me and the others in the room that it is so much more than a goofy art project.

The collaged pieces Sampsell showed us amazed me. They really were pieces of art, with their own little messages, despite the ridiculous mash-ups of words. Most of his collages were a mesh of three or so different sources and also incorporated many different techniques like ripping or smudging the ink. The best part was when we were able to experiment and make our own collages.

It was so fascinating how Sampsell was able to make a career out of his work. It was funny because he commented saying, “It was so much fun I had to have a talk with myself.” After this “talk” he decided to keep having fun with collaging and see what happens.

Interested in collaging? Sampsell and some friends host a free open collage night every second Wednesday at the Independent Publishing Resource Center from 6 to 9 p.m.

The workshop Rosevear and Pesznecker hosted was titled “The Role of the Talisman in Fiction.” We learned that the talisman is written into the story to guide the character along their natural path. The turnout was small, but as the saying goes, great things come in small packages. The workshop relied heavily on how deep into his/her imagination the writer can go.

Each student was given a paper bag with an item inside, but they were not allowed to look inside. They could only touch it and describe it to a partner who then drew the item as described. When this was done the students were given sheets of paper with their assignment on it.

The first assignment was to create a background for the mystery object. What does the object do? Where did it come from? Who needs it? This was done to help the writer stretch his or her creativity to its fullest. It made the writers think outside the box, or bag, if you will.

Next, the writers were given their second assignment; which was to create their character. They had to come up with a name and backstory for their character and how he uses his talisman. I personally believe that this workshop was the best for story writing. It had the students writing for the majority of the session and made them really dig deep to come up with the amazing stories they created.

The instructors also played along and wrote stories that were fluid and detailed. Unfortunately you were left wanting to hear more than the two page mini story they wrote.

Compose was honored to have Alvarez, who worked on the popular crime show “The Wire” and also works as a journalist and writer in his home town of Baltimore. This especially made his talk impactful as it reflected his views on the current protests and how to cover that as a journalist.

Overall, Alvarez was a good session to attend at the end of the day. His workshop was very full with fans of his work on “The Wire” as well as other aspiring writers.

Alvarez spent the majority of his session allowing the audience to ask questions. From questions about their own writings to how to get their foot in the door, to questions about his life and road to success. He was realistic and honest, which after a full day of inspiration and fluffy stuff, helped the attendees come back down from the inspiration high we were all on.

While a little depressing and disheartening, Alvarez reinforced the fact that if a writer wants to be successful, he or she must make it more than just a hobby and when things don’t go right, “You go to the next thing, you keep moving forward.”

Overall, Compose was a very good experience. Writers from all across the area were able to connect and learn about writing and each other. While realistic in how hard it can be to be a successful writer, Compose helped the attendees learn how to be on track to get to that point. 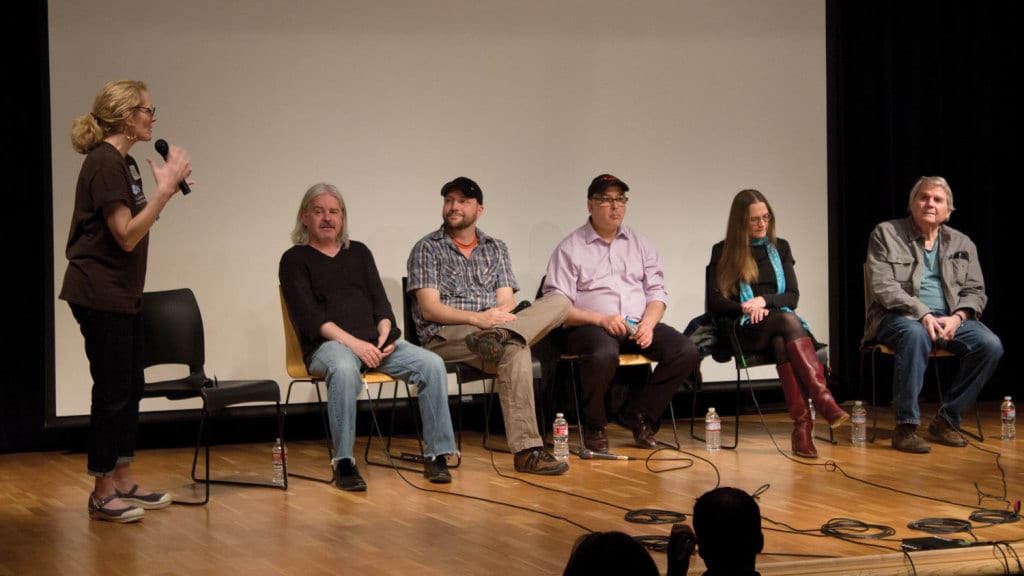 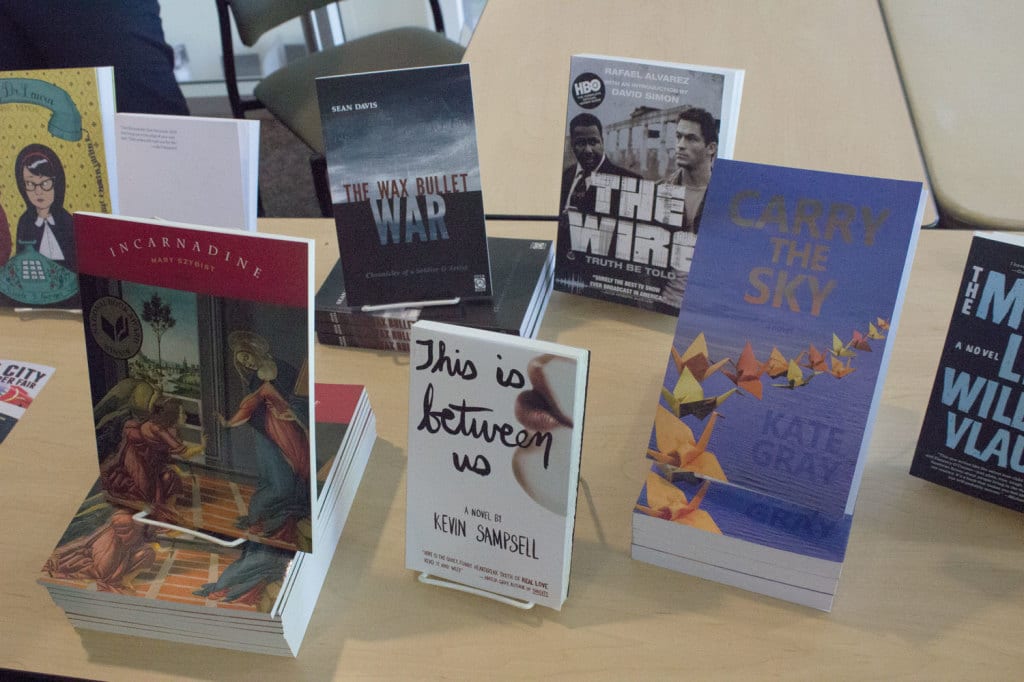 Bottom: Julie Wallace, owner of Wallace Books, supplied books of the authors at the workshop.