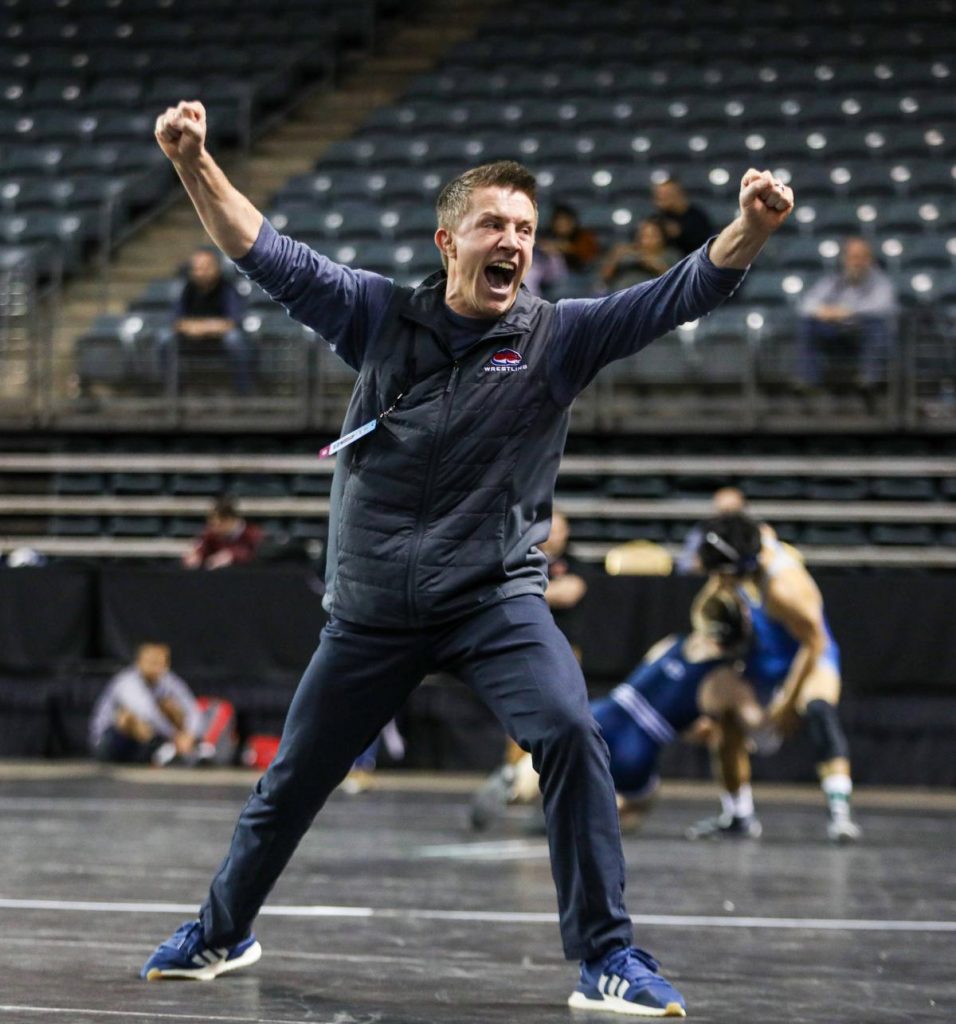 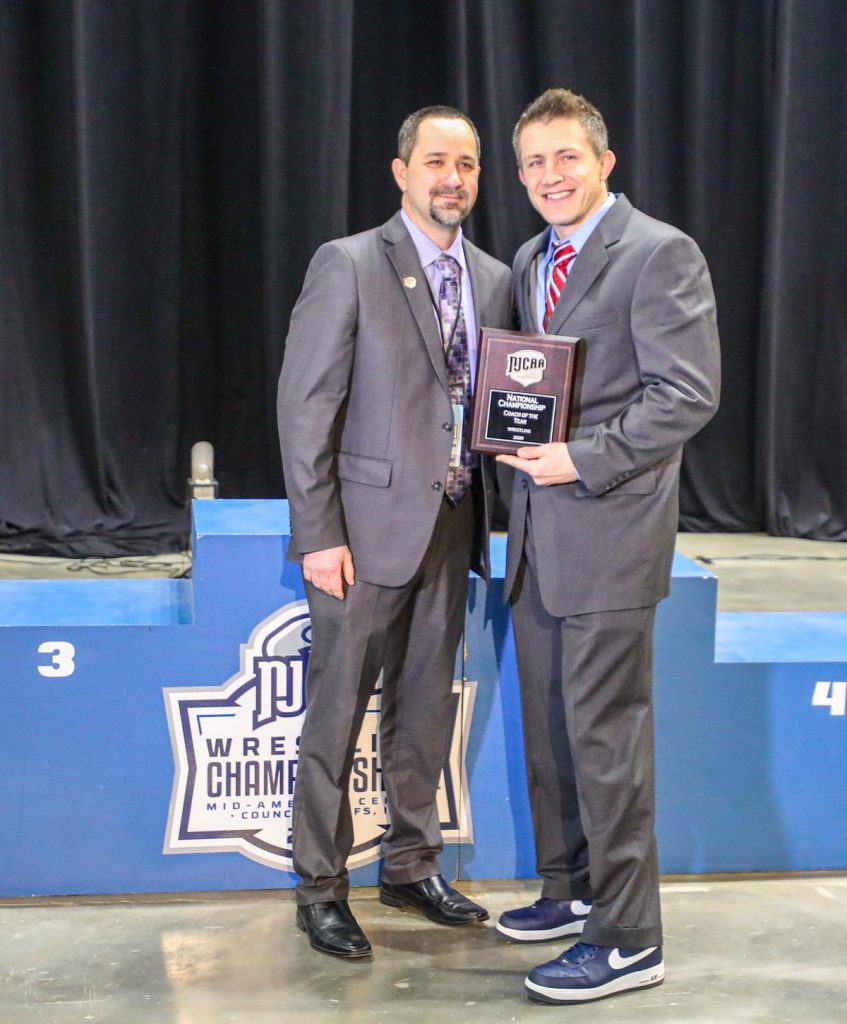 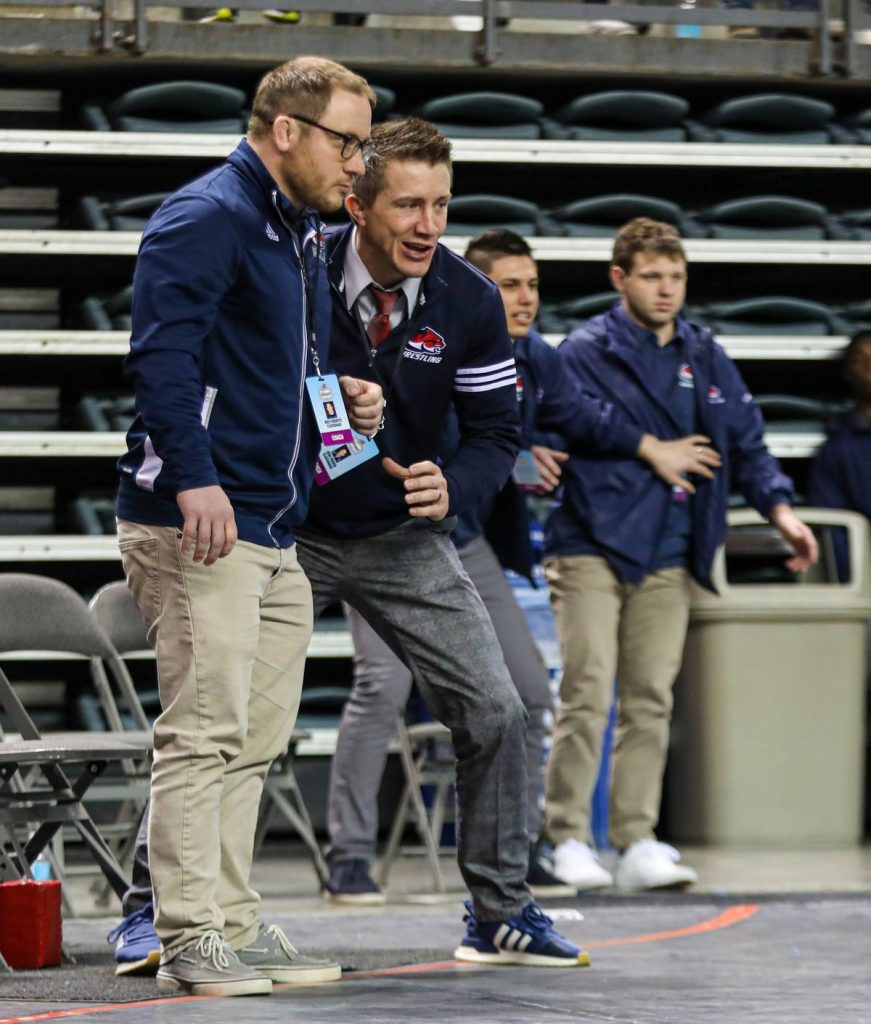 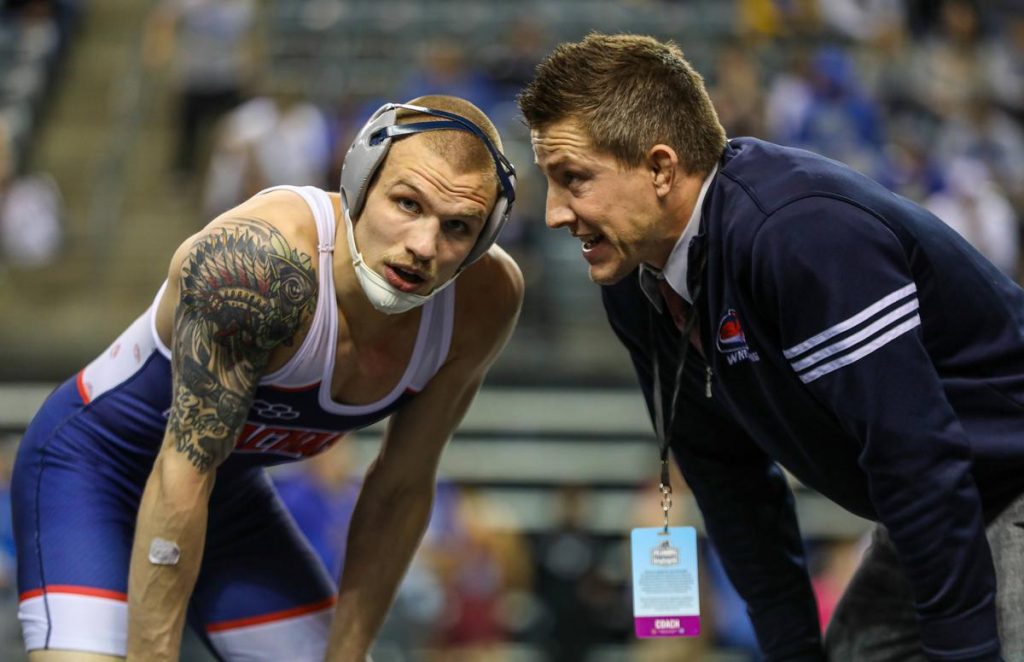 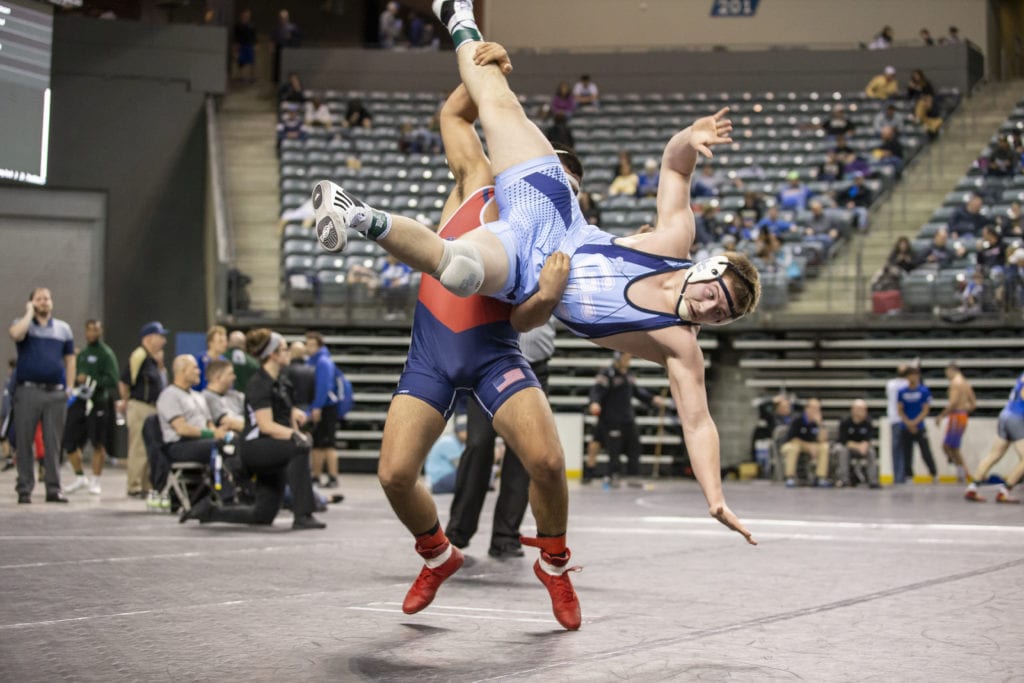 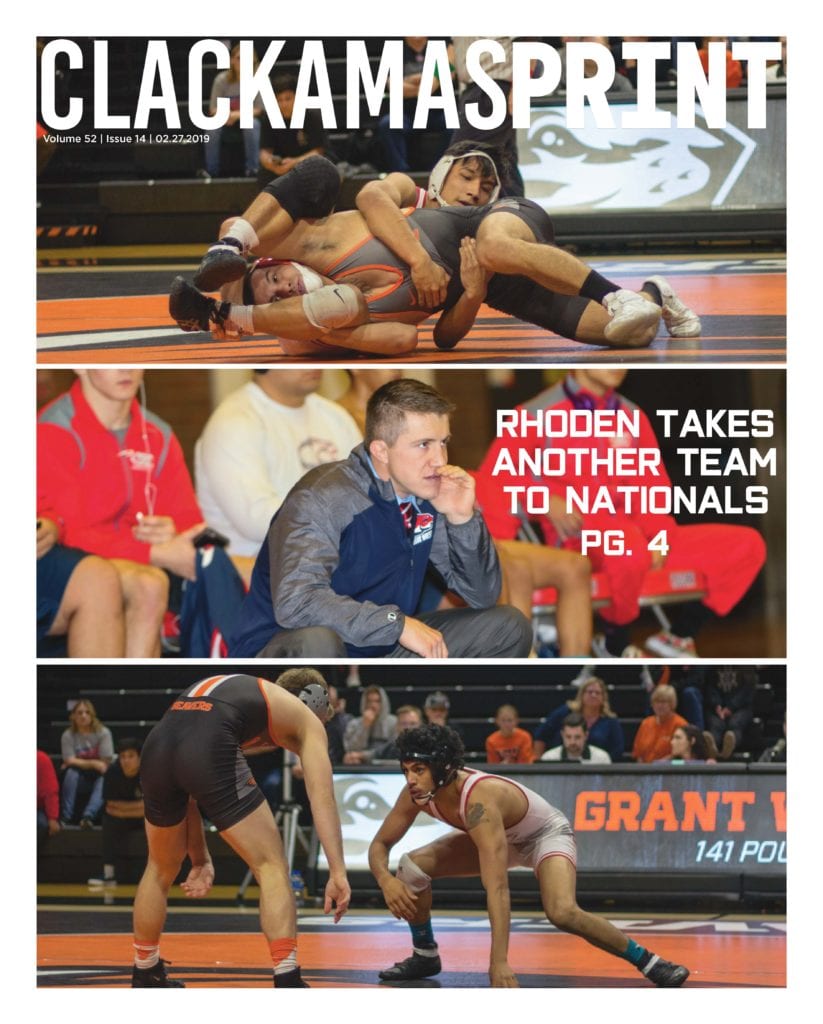 <
►
>
CCC Wrestling on the cover of The Clackamas Print.

Rhoden has been the head coach at Clackamas Community College since 2006. His teams have won the NJCAA National Championship five times, including the past four years. Rhoden has also been named the National Coach of the Year four times, earning that honor in two of the last three years.

Rhoden told The Clackamas Print, “It’s been an amazing ride for me at Clackamas. I have joined OSU’s coaching staff and I will continue to teach some classes at CCC.”

Rhoden said in an email that OSU approached him last year about the opportunity.

“It just felt super rushed for my wife and I with respect to the idea. We also had the very unique opportunity to chase a 4th consecutive National Championship at Clackamas and we had such an amazing group of men to work with. It was something that is super rare and I just was not sure at the time whether or not it was right…yet.”

Rhoden said he decided to leave to test himself in a higher level of collegiate wrestling.

“I love Clackamas and have spent 16 years as head coach as well as 2 1/2 years as a student-athlete,” said Rhoden. “This has been home to me for nearly 20 years. My wife and our kids love the campus community, staff, and faculty here so much that it was honestly one of the hardest decisions I have ever had to make professionally.”

Rhoden said he wants to remain involved at CCC.

“My family and I will continue to live and be involved in the Oregon City community as I will commute to Corvallis for the foreseeable future,” he said. “My daughter is going to be a freshman in HS and loves her friend group, my son starts first grade next year and is super happy as well and Keri (my wife) and I love OC!”

Rhoden said the legacy he leaves at the college goes beyond winning. He said it was a blessing to be named the head coach and be able to build something special.

“We have had the privilege of working with hundreds of young men on their life’s journey and we took that responsibility very seriously,” he said. “We are so grateful for the kids and families who entrusted us with their academic and athletic journeys. We also had the opportunity to build a fan base and network of folks who made something so exceptional possible in a geographic location that many people in the wrestling world did not believe was possible.”

Oregon State wrestling head coach Chris Pendleton said in a release, “I’m excited to get to work Building the Dam with Coach Rhoden. His character, work ethic, and approach to building successful young men on and off the mat are exactly what we believe in at Oregon State.”

A Pacific University graduate, Rhoden was a graduate assistant at his alma mater from 2004 to 05. He then served as the head coach at Redmond High School from 2005 to 06 before moving to Clackamas in 2006.