A man was found dead on the main campus of Clackamas Community College in Oregon City Monday.

According to the Oregon City Police Department, an officer performing a routine patrol at the TriMet transit center on campus discovered the body of a 58-year-old male on one of the bus benches around 5 a.m. 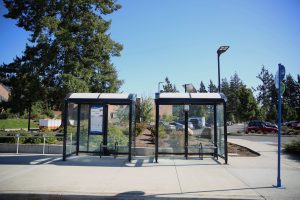 Police say it appears the man had slept overnight at the bus stop in “inclement weather.” Temperatures in the area reached 31 degrees Fahrenheit Monday morning, according to the National Weather Service.

Police are waiting to release the name of the deceased until next of kin can be notified, but in an email from CCC President Tim Cook, the college confirmed the man was not a student or faculty member, but did visit the campus frequently. The Clackamas County Medical Examiner’s office is still determining the cause of death.

This story will be updated as more information becomes available.

Here are some resources for houseless individuals available on CCC campuses and in the local community.