For many students, community college is just a stop along the journey of their college career. Many transfer to a four-year university for their major. With application and scholarship deadlines quickly approaching, I decided now would be a good time to tour one of the schools I’m potentially transferring to for fall 2016, Boise State University.

I went to one of their events for new students called “Blue and Orange Saturday” on Nov. 7. My parents, my two sisters and I all made the drive out there on Friday. With three short stops for coffee and bathroom breaks, it took about eight hours to get to our hotel. Luckily, there was nothing on the road, and it was a very pleasant, sunny day for driving. Although, they are expected to get snow this week, so we went just in time. My family and I got to Blue and Orange Saturday just in time for check-in and to find our seats before Allyanna Wintermote, a BSU alumna and enrollment counselor, started her presentation. She talked about the scholarship opportunities and application deadlines.

As a transfer student from out of state, I can apply for the “GEM” scholarship, which waives the fulltime non-resident portion of tuition, which would save me about $14,000 for the year. I just have to have a GPA of 3.75 to be eligible. The other scholarship I could apply for is the “WUE” or “Western Undergraduate Exchange.” This scholarship requires a GPA of 3.5 to be eligible and could save me about $10,500 for the year. The early enrollment deadline and scholarship deadlines are on the same day: Dec. 15, 2015.

Wintermote also emphasized all the fun things you can do on and off campus in Boise. She said there are more than 200 student organizations, such as the Greek system, academic clubs and sports clubs. One club she mentioned was a small club where people get together to make s’mores. A bigger, competitive club plays the Harry Potter inspired game of Quidditch. She said they run around with the brooms between their legs, and they actually travel to compete. Off -campus activities are all around BSU. Students can go hiking, mountain biking, skiing, kayaking, rafting and more.

At the end of the presentation, I was already feeling pretty good about BSU. The scholarship opportunities looked great. I could be spending $6,876-$10,612 per year on tuition, and the on and off campus activities looked like tons of fun. Now, it was time for the campus tour.

Our tour guide was a very friendly and energetic BSU senior, Amber Knop. She seemed very passionate about the school, so I was happy that she was giving our tour.

We didn’t go into every building, but all the ones we went into and all the buildings from the outside looked really nice and new. The whole campus was really clean.

I also liked that, although everything surrounding the campus was brown and dead looking, the grass on campus was green and there were a lot of trees. They also seemed to be a fairly “green” campus, where they used alternative forms of energy in a lot of different places. At least a couple buildings ran off of geothermal energy, and they had one solarpowered bench with plug-ins for laptops, phone chargers or whatever students may need to plug in.

Aside from the looks of the campus, it didn’t feel too big to me. Knop described it as a “large-scale school with a small-school atmosphere.” I like that about the campus. It made me feel a little more at home.

When we went into a writing classroom, Knop also mentioned that the average class size is about 29 students. Not too far off from Clackamas Community College, so I think I would really enjoy that. Both Wintermote and Knop talked about campus safety. According to them, BSU is in the top 10 safest schools in the nation. Knop, who is originally from California, mentioned that her brother is attending a school there and he gets alerts on his phone saying things like “three people shot, proceed with caution.”

The alerts students get at BSU are more like “girls arm was touched on the green belt.” Knop was exaggerating, of course, but it seemed believable that the school is a very safe place to be.

At the end of the tour, I felt really good about BSU. Although I would be moving eight hours away from my friends and family, it seems like the school has a lot to offer and it seems like it would be a worthwhile sacrifice. 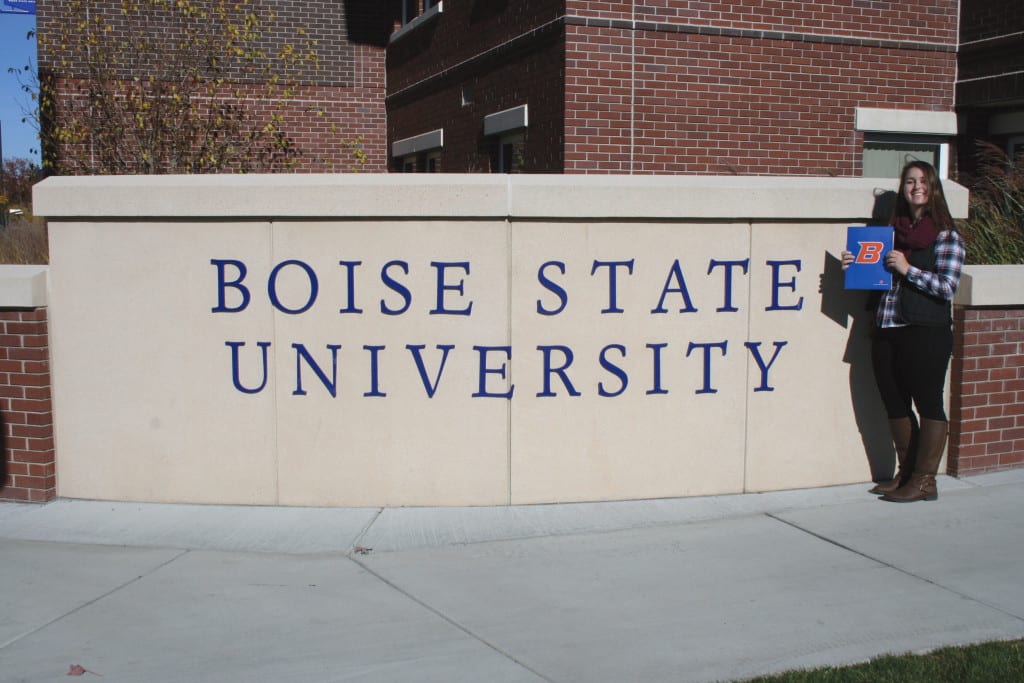 As suggested by our tour guide, my family and I went to Guido’s Pizza for lunch, Fanci Freez for a snack, and Reef for dinner. Each place was awesome, it seems to me that you can’t really go wrong with any of the restaurants in downtown Boise.

Guido’s Pizza: This is a New York style pizza place with really good prices. Each slice is really big and they’re cheap. It costed $13 for five slices. I got the vegetarian slice and it was delicious, especially for the price. I can see why Guido’s is popular among college students.

Fanci Freez: This is a really cute, vintage-looking American food place. Knop recommended this place for the milkshakes, so I tried the peanut butter Oreo flavor. It was a great treat. On the more expensive side; about four dollars for the extra small size (10 oz). This is definitely a good place to go if you’re craving a good milkshake though. 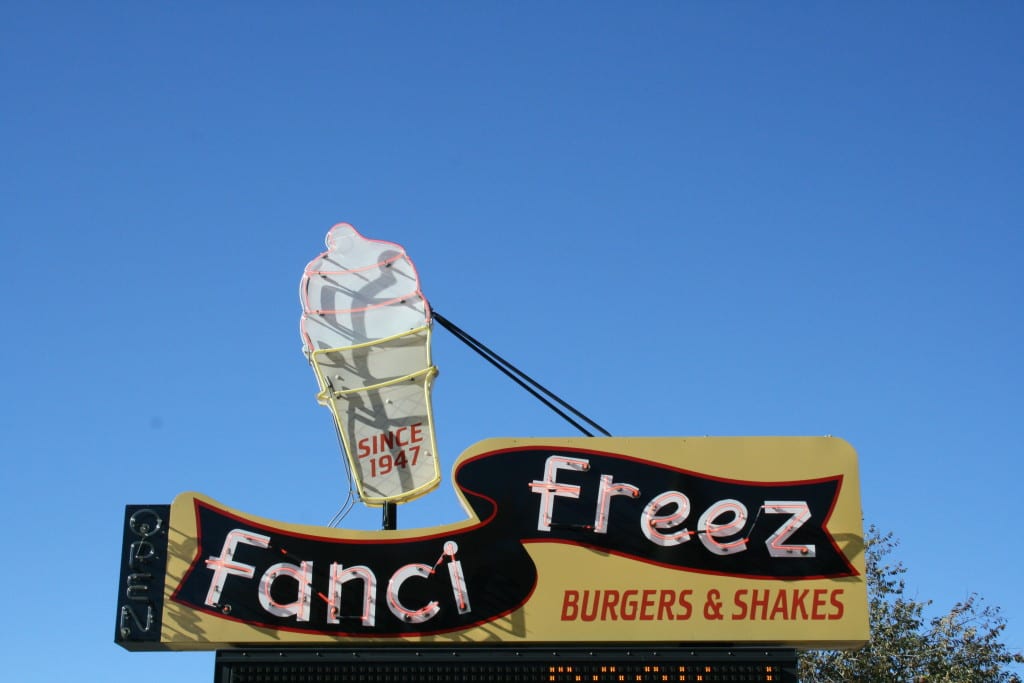 Reef: This is a nice place to eat downtown with a large menu of tropical themed drinks and entrees. Knop mentioned the coconut prawns and the jerk chicken as being good options. The special of the day just so happened to be the jerk chicken with grilled vegetables and mashed potatoes so I decided to give it a try. I’m really glad I did, it was fantastic and unique. As a college student, I don’t think I could go there all the time because my meal was about $16, but if I wanted to splurge I would definitely go back to Reef for their jerk chicken.

Other Recommendations: My friend, Hana Watari, who used to attend BSU, suggested going to Boise Fry Company, Pie Hole and Goldy’s. There was just too much good food and too little time to try it all this time.