Have you ever felt your breath being taken away just by looking at a picture with beyond-the-reach mountains covered with extremely white snow? Did you ever dream to appear there, even for a short moment, and breathe in the crystal air with scent of mountain’s rivers?

A couple weeks ago I traveled to such a place, Leavenworth, Wash. I went to shoot engagement photos in the untouched snow and to spend time with family. This town is settled in one of the tranquil valleys in Washington and seems like it was taken from fairytale or a smaller version of the Alps of Switzerland located in our own Pacific Northwest.

The mountains that surround the tiny and fragile town soar into the sky like eagles and create a magnificent atmosphere of almost magic. The river is soothing and takes away the business of our past days. The lakes still the eye with their bluish deepness.

More than one and a half million souls every year head to Leavenworth to find rest, enjoyment and to breathe deeply the fresh air.

Nature is present here along with the spirit of Bavarian traditions and holidays consuming the town. There are many events such as the Christmas Lighting Festival, Red Barn Event, Bavarian IceFest and Skirennen Nordic Citizens Race.

The small houses seem like someone drew them with an artistic hand. They lined up in straight lines, inviting people to come inside and taste their culture and history. These beautiful buildings nestle Bavarian and Austrian restaurants and cafés, wine shops with wines from local wineries, art galleries and souvenir shops.

In the winter time, people head here in hope to come back to their childhood, like small kids with honest smiles enjoying the all colors and lights of the town. The mountains as with magical power attract many to try to conquer their slopes and go down from its steep hills.

When summer arrives, the town and mountains happily drop off their winter silver dresses and wear bright, full of joy colors of greens. The town bursts with new events, which fill the atmosphere with sense and new strength.

Darlyn McCarty, a president of Lake Wenatchee Hideaways villas, said, “In summer there is the lake, of course, but you have swimming, hiking, biking, fishing. Mountain Springs has zip lines and hay rides. In Leavenworth, there is tubing the river, river rafting, and of course lots of shopping. In the winter you have snow shoeing, cross-country skiing, ice fishing, snowmobiling, and winter festivals in Leavenworth.”

Raul Zepeda said that he likes many things about Leavenworth.

“I think I like most the community itself and everything is local and it’s nothing mainstream over there … the coffee, the little local restaurants, nothing is really the same,” Zepada said. Everything is kind of different and unique.”

Yelena Zmeyeva said, “It has a very small town of feel. Everybody knows everybody else and you feel like you are in different country almost.” 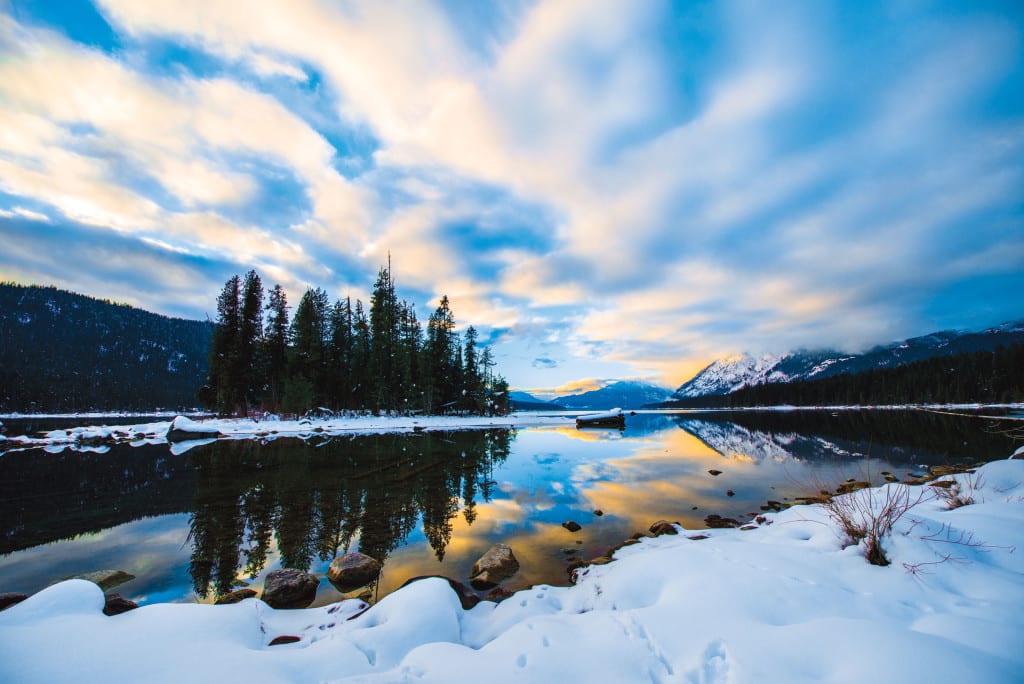 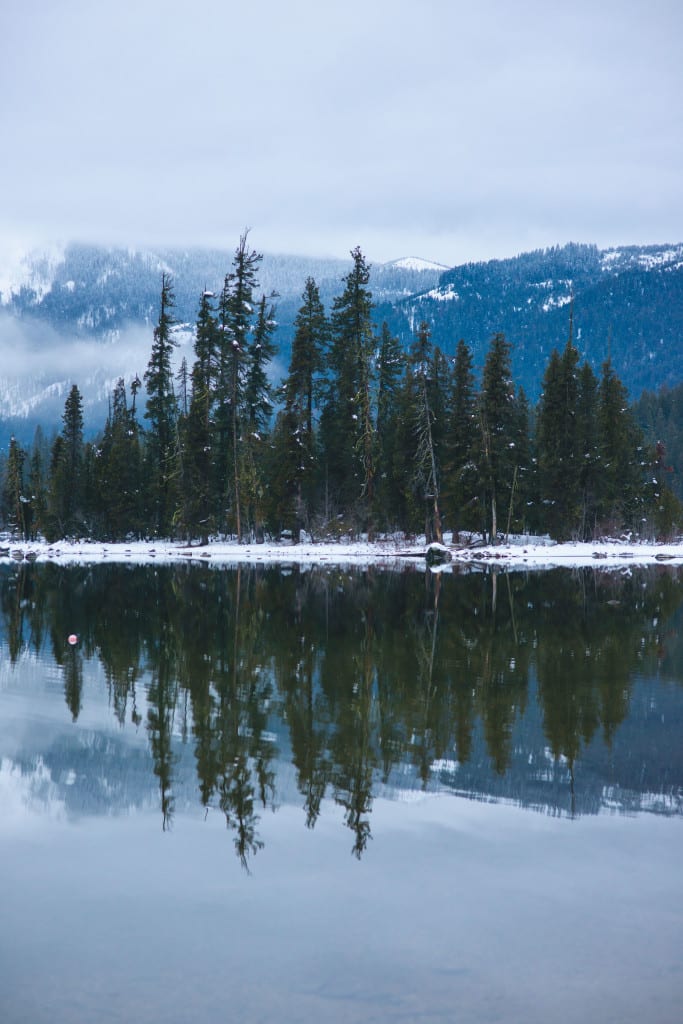 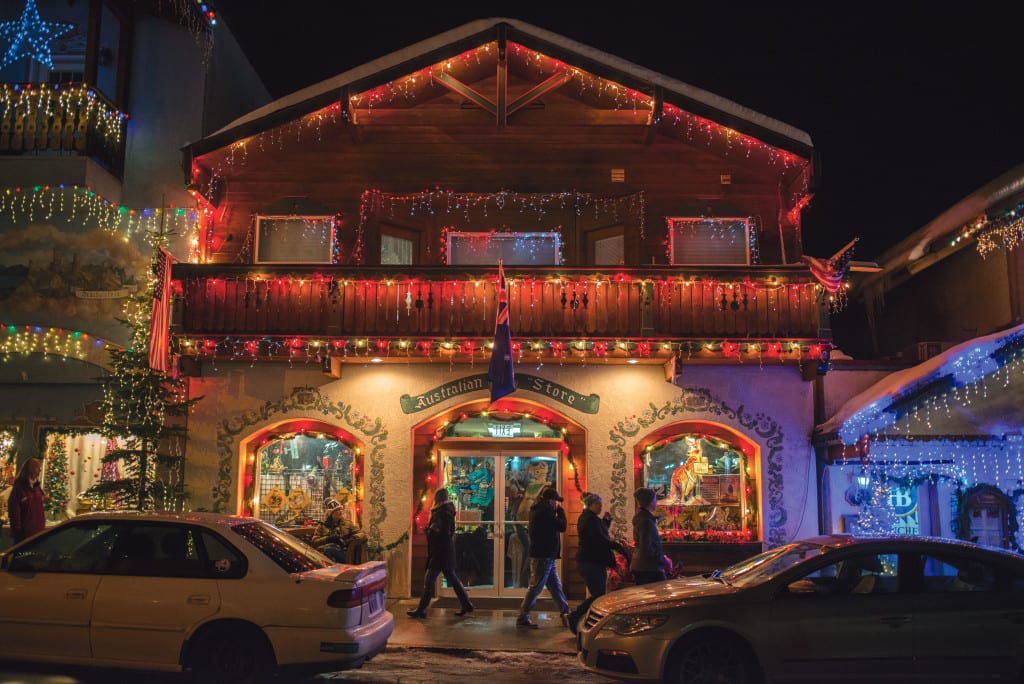 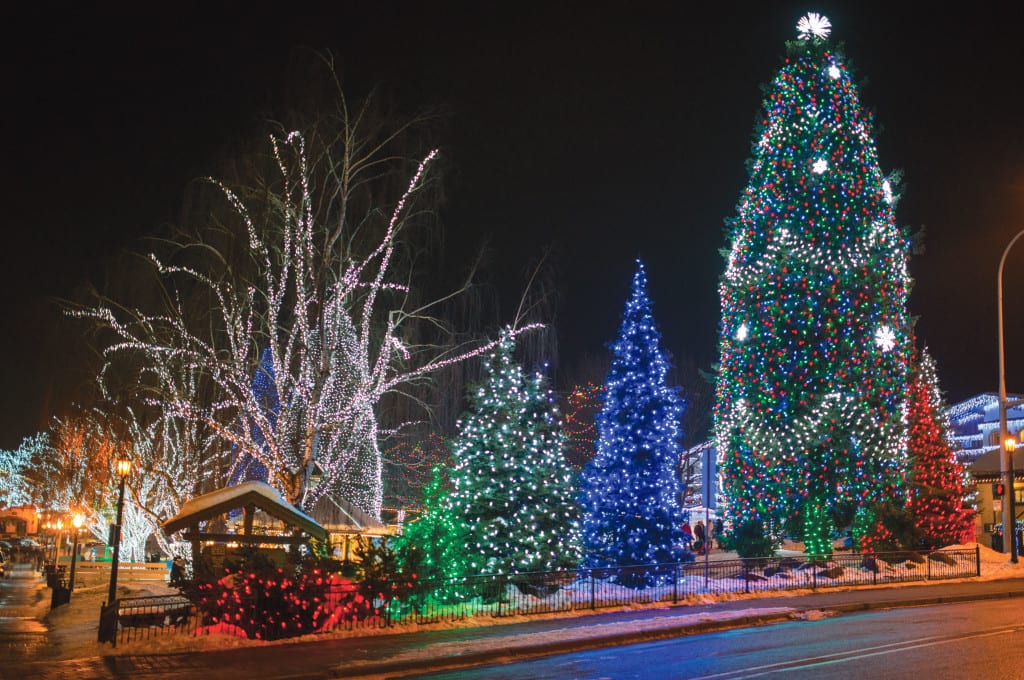 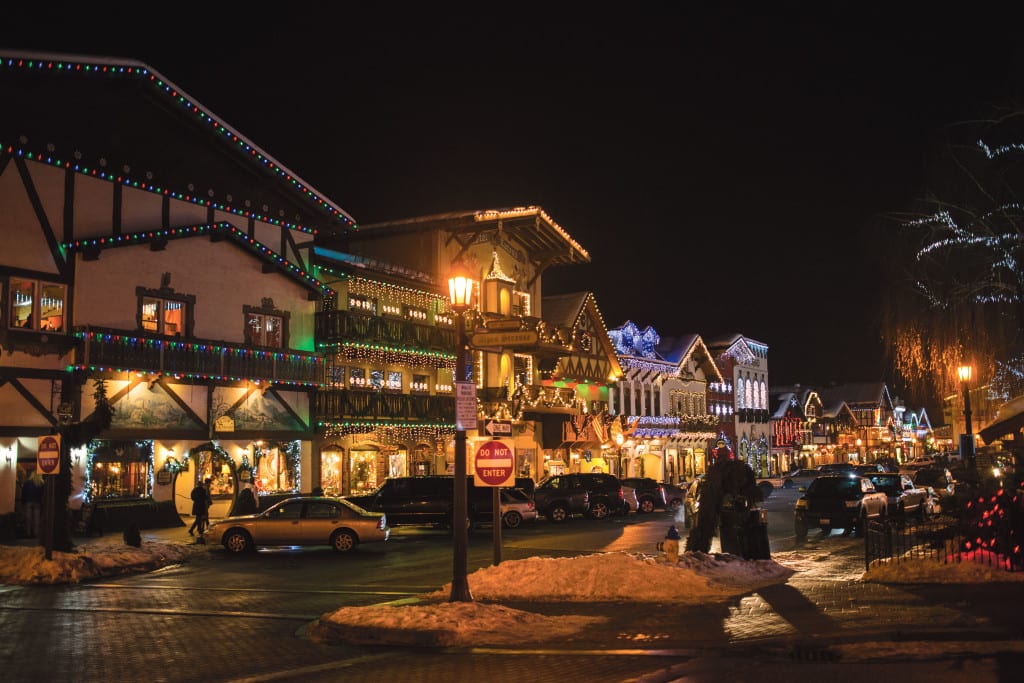 Waking up to my mother loudly caw-cawing her laughter was not how I’d imagined today would start. Actually, I was quite caught up in a dream and too annoyed from being rudely awaken to realize that it was 4 a.m. on the day I would fly away to Hawaii for the first time.

Sure, everyone has seen those brochures of people with alcohol, sandy feet and sunglasses, butts in the white sand as glass-blue water softens the shore of paradise. But I had yet to experience this glorified island chain myself.

After a dark rainy trip  we made it to PDX. Security had rolled us out with smiles and farewell wishes, which was great to me; I had not showered and had only three hours sleep under my bobby-pin bristled head.

Under my mother’s ecstatic encouragement, we took the iconic PDX carpet picture after a café breakfast.

Popping out of the clouds, I could have sworn the airplane made a soft “puff” sound as we reached cruising altitude. Suddenly the world outside the window looked like Katy Perry’s album cover for “Teenage Dream”.

The moon in Hawaii seemed like a lone guardsman in the sky. Some nights it was thin and orange as a slice of mango, others round and white like a coconut. Stars are bright silver in the velvety night sky, and come out in a greater multitude then in any other city. All the highway and outdoor lights have yellow bulbs installed so the light doesn’t mess with the huge, white telescopes that rest on Mauna Kea. The morning sunrises and evening sunset are gradients of blue, yellow and pink. In the morning, you can hear palm trees rustling their leaves together, making a clacking noise that sounds like it’s raining outside your screen door. But you know it’s not rain because the cacophony of tropical birds that are perched in trees, so colorfully feathered you’d think they were fruit at a first glance. Nothing seems to know the concept of fitting in here. All the flora and fauna are loud and bright and big. They climb over restaurants, lamp posts and houses. Even the leaves, like the flowers, don’t want to stay in the status quo. Some are red, orange, yellow or pink instead of green.

All the eateries sport huge signs about locally caught fresh fish and premium Kona coffee grown in their backyard. Driving past colorful shacks standing on stilts with rusty, corrugated roofs, coffee plants and palm trees are always close by.

The locals seem to have a strange mix of disgust and calm blasé towards tourists. At Mahukona, a haunted concrete dock next to a sublime bay for snorkeling, a Prius full of local teenagers cracked open the doors. They were parked next to the water and playing heavy bass music while drinking and laughing, enjoying the sunset and the reflection of the crystalline water that shined across their faces. In other places, such as Kahalu’u Beach Park, locals set up BBQ stands while playing loud music and lounging in chairs. I also noticed how the workers in any atmosphere (coffee houses, car rentals, restaurants, desk clerks) lean heavily toward the population of the locals. I don’t see young Caucasian males or females in many places other than surfing or lounging on shell-white sand.

The language is fun to say as well, though somewhat trippy. After being used to saying “hola,” and “Gracias” for two years around college, saying “Aloha” was apparently past my ability. I even had the shameful encounter of saying “A-hola” to a stranger. So it was been deemed best to stick with saying hello or mahalo, which means thank you in Hawaiian.

Another cultural thing that shocked me straight from the airport was the lack of walls. In Hawaiian architecture, everything is so open they could pass as a simple shelter instead of a building. This style was even present in the house we stayed in. The entire back wall was a sliding door, all the windows could be opened to let in the night’s cool, the morning’s breeze and the afternoon light. The concept of rain here on the west side of the island is foreign. It’s scrubbier than you could imagine a tropical island to be. There are lots of matte-like volcanic rock everywhere with wispy gold grass and windblown trees so it appears more like and African Serengeti than how you would picture Kona, Hawaii.

Travel an hour south or north, though, and you’ll be in humid, hot, wet weather. Giant leaf fronds taller than my father bob over the tiny two-lane highways draped in vines and shadowed by taller palm trees. Zig-zagging past this lush, heat-dense forest, I wonder how the highway even cute through the flora. All of it seems tough and unmoving, thick with life and strength. The shack houses are half hidden in this wildlife, only visible by it’s luminous, peeling paint.

My top three favorite locations were ironically the three we visited in the last two days. After a full day walking sluggishly around Hawaii’s Kīlauea volcano, surrounded by black rocks under a sultry sun, swimming seemed like a distant dream. But that dream became a reality when we walked into a fancy neighborhood of tropical houses on stilts, hidden by palm trees and bamboo fences. This neighborhood led to a particular set of tide pools you can swim in and snorkel in. From above, the tide pools look like aquamarine dots set in a black landscape of lava rock. Some pools were small and shallow, some wide and twenty feet deep. All of them were bountiful in reefs, some with coral the color of bright Nike green, others a dull tangerine or dusty pink. The fish were the most colorful part. Usually, you find yourself looking straight down when you’re snorkeling, but if you look at your horizon, you can see multitudes of fish. First only shadowy silhouettes, you swim closer in excitement to have an abundance of flag-like sea life all around you.

Its hard to describe some of this fish. One species, a Black Durgon, was black and tear-drop shaped, with fins along the curve of its back and belly. But tracing it like eyeliner were lines of cobalt blue that flashed when it swam away. Another, called a Yellowtail Coris, was small, finger sized, and orange as an energy drink, with opalescent white spots in its back. There was an abundance of puffer fish, Moorish Idols and Tallow Tangs (otherwise known as Gill and Bubbles from Finding Nemo) A trumpet fish, and yes, even several sea turtles.

We found those guys on the last beach we visited. It was the most photo-shopped looking beach, with white sand and palm trees and shells and coral laying around with lagoons of crystal water. Rich people lounged from the restaurant behind us and from chairs provided under the shade of white umbrellas near mountains of surf boards. The beach had public access, but few people knew you could get in because it was behind a gated millionaire community. But the sea turtles… They were the most relaxed, go-with-the-flow creatures I have ever been around, letting me brush my fingers across their smooth shells and giving us sleepy glances when we approached them napping on the sandy beach. Running into the water with snorkel gear in tow, I felt like I was inside a magazine advertisement for a tropical cruise.

Getting on the plane to come home was sad, but when I saw the light of Portland outside the window, lit up and glimmering, I felt a stab of happy pride and homesickness. I’ll admit it, I was excited to land, excited to see raindrops on the the glass, excited for the smell of pine and snow again. Hawaii was great. Being someplace sunny and placid (it was consistently 82 degrees every day) was great. Exploring new laces with the love of my life was great. But the great north west? It’s still home. Mahalo, Hawaii. But you’re still not Portland. 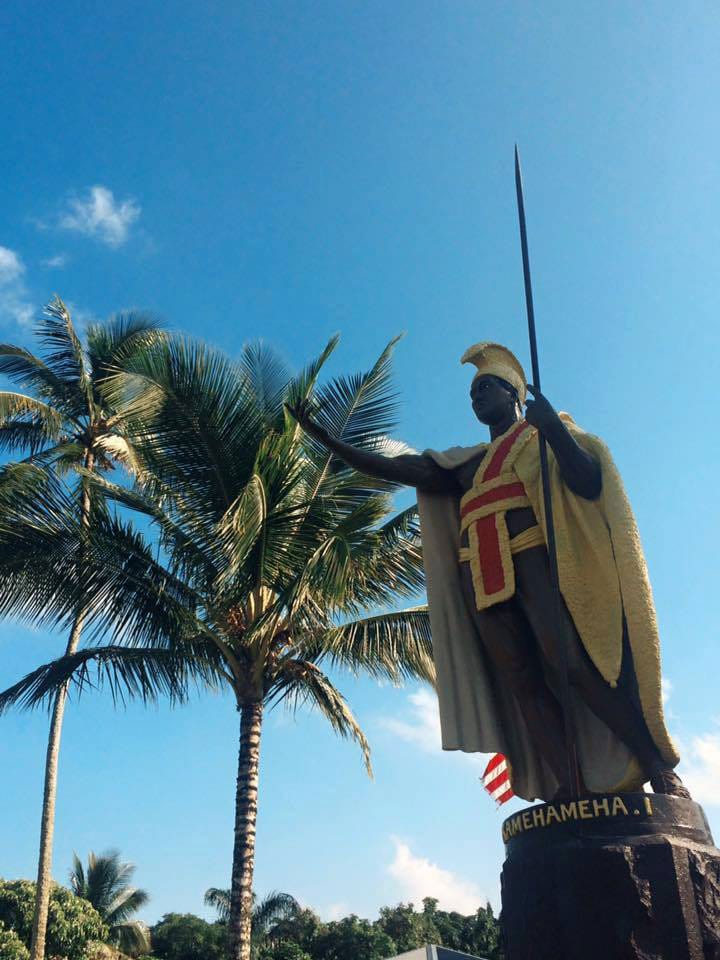 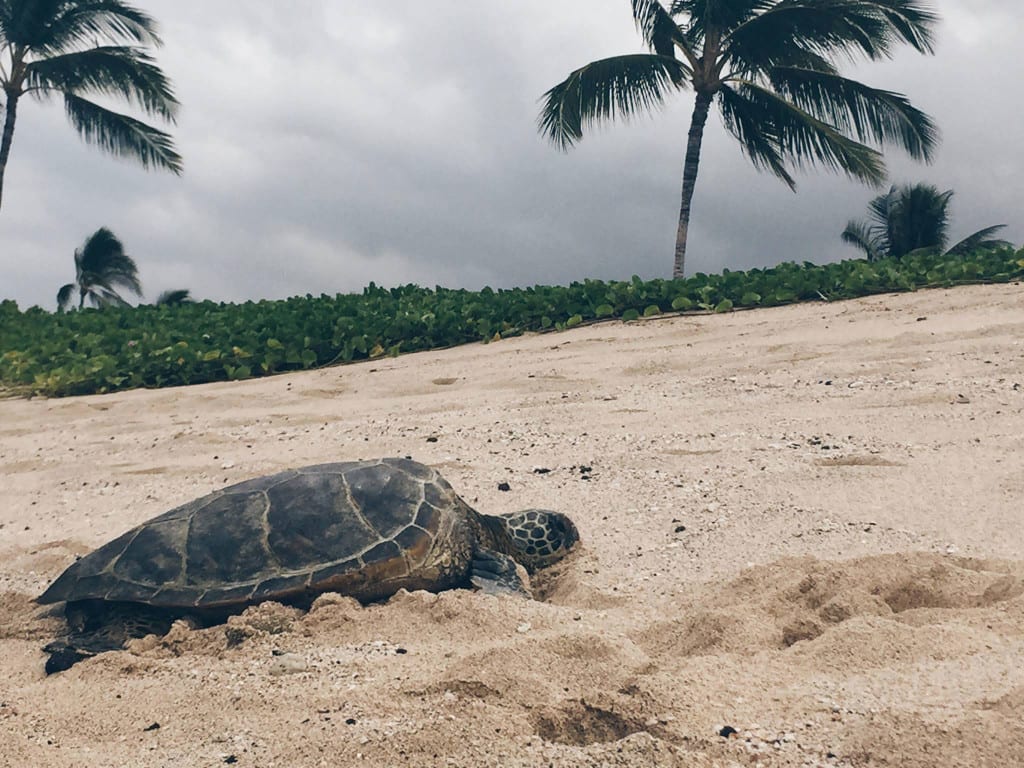 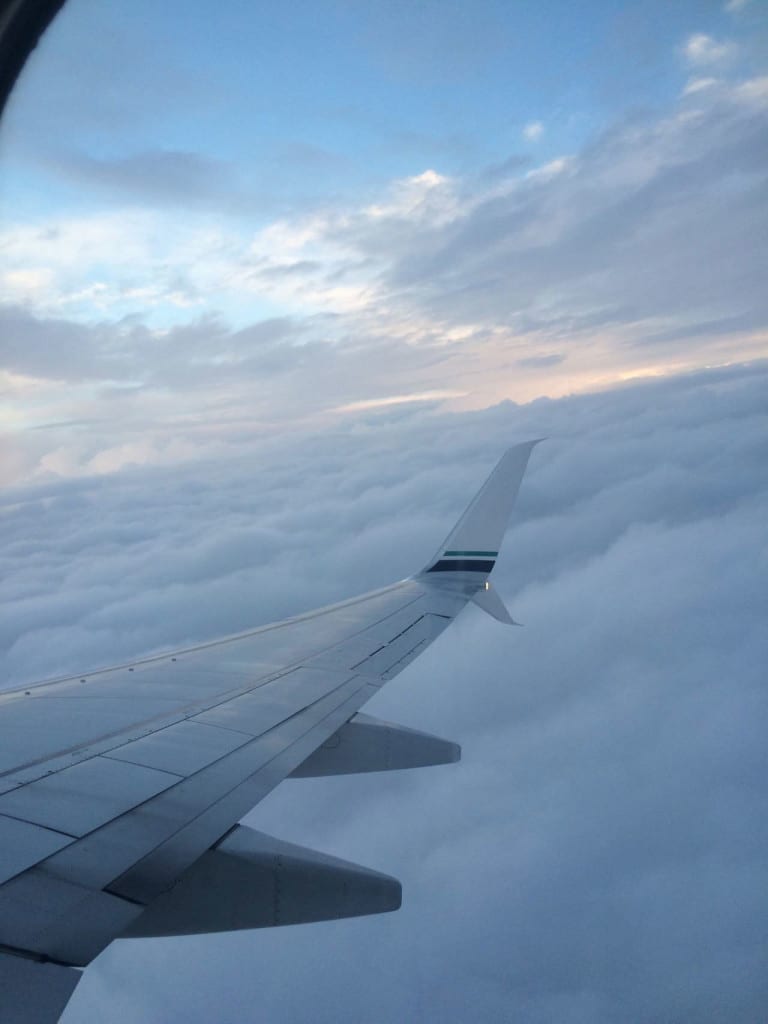