Student pays respect to family member who served in Vietnam 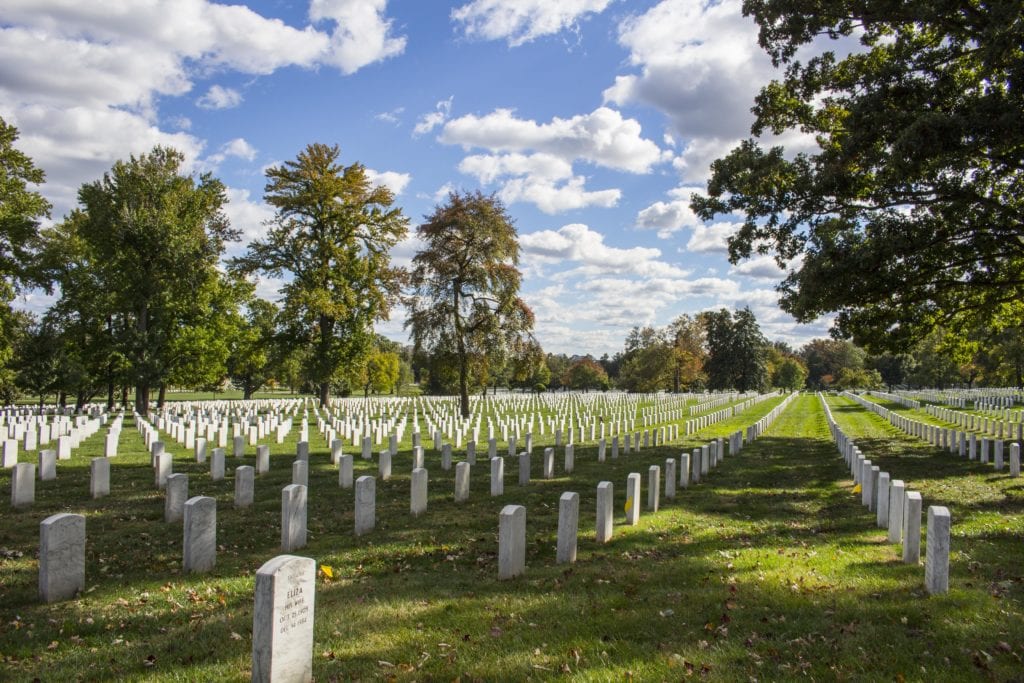 With many sights and sounds that resonate throughout our nation’s capital, one of the best sights is on the Virginia side of the Potomac River, one mile west of the Lincoln Memorial. Many people have been laid to rest there at the historical landmark, Arlington National Cemetery.
Arlington National Cemetery was founded on May 13, 1864. Currently the cemetery has 400,000 gravesites on the 624-acre property. It will expand over the next few years.
For just a few bucks, I was able to take the Metro, the subway system in the Washington, D.C. area, to the cemetery. Arriving late in the afternoon, I only had a few hours to walk around and see what I wanted since the park closed at 5 p.m. I decided to narrow it down to the two memorials that I wanted to see the most: the Tomb of the Unknown Soldier and the gravesite where a family member was laid to rest.
As I was walking up the hill towards the Tomb of the Unknown Soldier, I started hearing noise in the distance. The wind started to blow, and it became hard to hear. Once I got to the top of the hill, I discovered that they were performing “The Changing of the Guard.”
The 3rd U.S. Infantry Regiment, traditionally known as “the old guard,” performs “The Changing of the Guard” at the Tomb of the Unknown Soldier.
As I stood and watched the changing of the colors, I was moved with emotion. I took pictures of the color guard and wrote down notes about the emotions of the approximately 150 others who stood there watching with me.
I could view the downtown portion of Washington, D.C., and I could see the sadness and tears in the eyes of the people who were there.
Once the ceremony ended, I went to find my family member’s grave. I was able to obtain some of the information I needed from the main desk, took a picture of the map of where to go and headed that way. Once I got closer, I forgot where exactly what his gravesite number was. I knew that he was located in section 60 or 65. I downloaded the ANC locater app on my phone and typed in the information that was needed to get an exact location once again along with attempting to photo match a picture that I had.
While on the phone with my aunt I was able to find the gravesite of my family member Capt. Mason Burnham, who was in the Air Force during the Vietnam War. His location of burial is in section 60, gravesite number 7,934.
In 1972 during the Vietnam War, both Burnham and Maj. Thomas H. Amos were assigned to the 366th tactical fighter wing to do a night escort mission. Amos was the pilot and Burnham was the navigator of the F-4D Phantom Plane. While flying off of the coast near the Ho Chi Minh Trail, they lost radio contact and eventually crashed, according to the cemetery’s website.
Neither of their bodies were found until 1989.
In 1998 the U.S. Air Force was able to recover enough bone fragments and information to identify both Burnham and Amos.
Burnham was buried at Arlington National Cemetery in on May 25, 1999.
Overall, it was a great experience to go to Arlington and to interact with the others who were there. I enjoyed being able to visit the gravesite of a relative, who fought for our country. For any United States history nut this is one of the many places that you have to visit and walk through if you get a chance to visit the Washington D.C. area in the future.