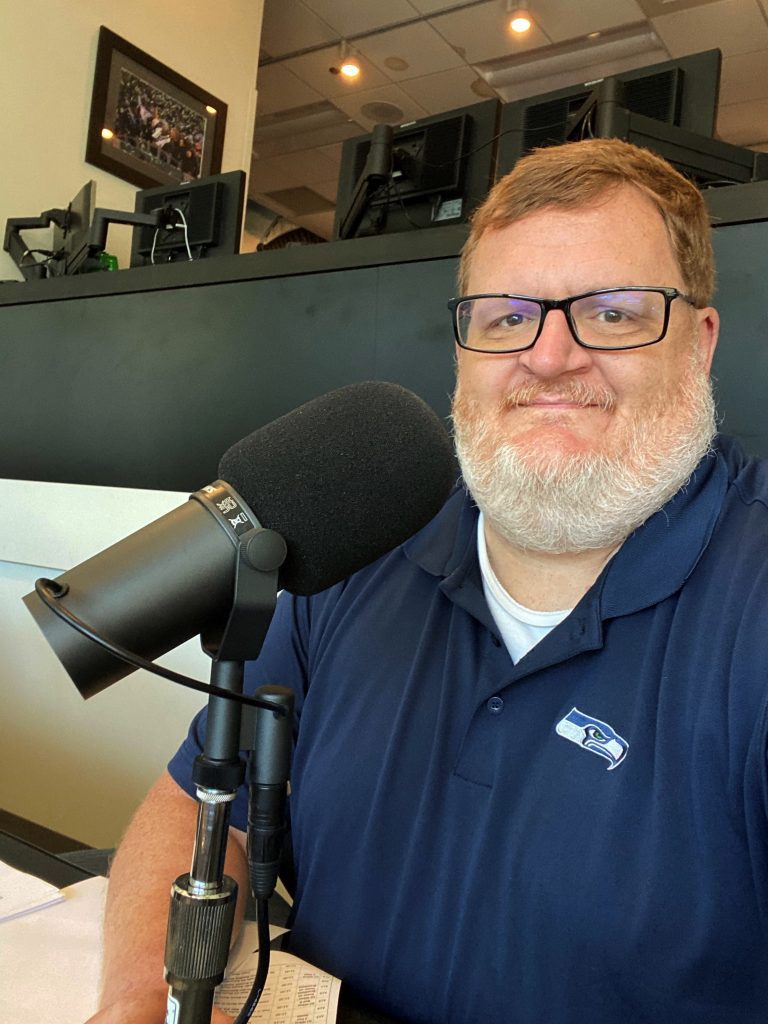 One of the newest advisors at Clackamas Community College is also the stadium announcer for the Seattle Seahawks.

In December 2021, Kirby Gleason started working at CCC as an academic and career coach. On Aug. 6, 2022, just prior to the Seahawks’ first home preseason game, he learned he would be the primary PA announcer for the team.

Before the pandemic, in early 2020, the Seattle Seahawks launched a search for a backup PA announcer. They contacted colleges in Washington and Oregon, asking for interested PA announcers to apply. Gleason said he really wanted to set himself apart, so he asked a filmmaker friend to make an application video for him.

“I submitted that, along with some audio samples I recorded on my phone,” he said. “And then… the lockdown happened and the world was cancelled for a bit. Fast forward to early 2021… things were opening back up, so I got an email with an invitation to an audition at Lumen Field in Seattle.”

He was made a finalist with one other announcer, and they each announced half of a preseason game.

“After that, I was named the backup,” he said. “I announced several games in the 2021 season, and it was a crash course in NFL announcing, which is quite different from high school game announcing.”

After a season as the backup announcer, he became the primary announcer in 2022. He started announcing home games at the start of the season on Aug. 18 against the Chicago Bears.

Gleason advises students in the Creative Arts, Communication and Humanities departments. If you study Music, English Literature, Digital Media, Art, Journalism or other communications programs, he would be your advisor. 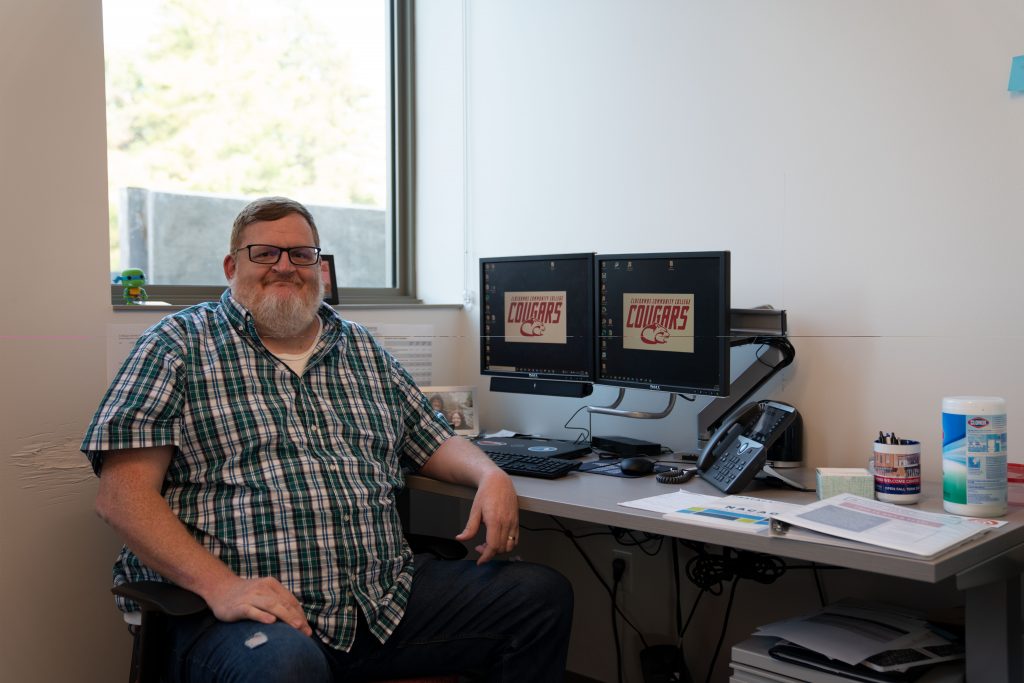 “I’ve been working in higher education for almost 15 years, and really wanted to work with community college students,” Gleason said. “Since I grew up in the area, I have been on the CCC campus several times over the years for sports, concerts and events. I took driver’s education here when I was 15!  When I saw an opening in advising, I jumped on it. CCC has a great reputation as a school and a place to work, so I was excited to apply.”

Gleason said that all advisors are happy to assist any student, although the advisor in your Educational Focus Area (EFA) may have the best information for you, especially about courses in your major or transfer programs.

He also said that the community is what he has enjoyed the most since coming to CCC.

“I am energized by people collaborating together, being intentionally inclusive, and learning together,” he said. “That happens daily here at CCC. That and the breakfast burritos at the Cougar Café are delicious.”

Gleason grew up in Clackamas and has lived in the Portland area his entire life. He currently lives in the Lents neighborhood of Southeast Portland. Gleason graduated from Warner Pacific University and received his graduate degree from Marylhurst University.

He has announced at Portland State, Pacific University and Lewis and Clark College, among others. Gleason also announces for several local high schools, in all sports.

“When I am not announcing, I also track stats, do time clocks, or keep score,” he said. “I am on the Stat Crew for the Portland Trail Blazers and work some games for them. I just love being involved in sports.”

Gleason also works many sporting events with his wife, Amanda. Gleason said she has been a clock operator since high school, is the 24-second shot clock operator for the Portland Trail Blazers, and worked in the NBA bubble in Orlando during the pandemic. 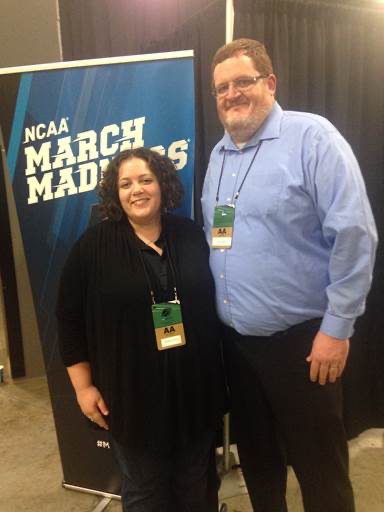 “She works for Portland State athletics and other colleges as well,” he said. “I love working events with her. She introduced me to many people who have given me announcing opportunities, and I wouldn’t be where I am without her.”

Rich Remsburg, Gleason’s high school coach, gave him his first announcing opportunity and has been a constant mentor and friend.

“On the day of my Seahawks audition, I called him and he knew exactly what to say to both inspire me and calm my anxiety,” he said. “I’m grateful for his impact on my life…not just as an announcer.”

Gleason’s advice for anyone wanting to follow in his footsteps is that anyone can be an announcer. He said to just be yourself, don’t try to sound like someone else, and speak clearly and concisely.

“Like anything, with practice and intentional effort, you will get better and sound better,” he said. “Take communication classes. To get gigs, be forward and email or call high school athletic directors. Tell them you are interested in announcing.  Be willing to do other roles until an announcer role opens up.  Even though I was experienced, I kept score at Portland State for a couple of years before I was given the microphone.  I would be happy to talk with any student who is interested in doing PA announcing!”