Clackamas Community College’s winter play, “Red Herring,” was a murder mystery full of several characters based in the 1950s.

“It comes from a phenomenon in nature, where fish will swim off in a different direction to protect the rest of the school,” he said. “The fish drawing away from the predator.”

The show, which was staged from March 4 through March 6, was filled with mysteries and allowed the audience to help solve a murder by the pier.

This play included 18 memorable characters played by six actors paired up in couples.

The play starts off with Lynn McCarthy who is the daughter of Sen. Joseph McCarthy, who happens to be newly engaged with James who is a scientist sharing secrets with the Russians. 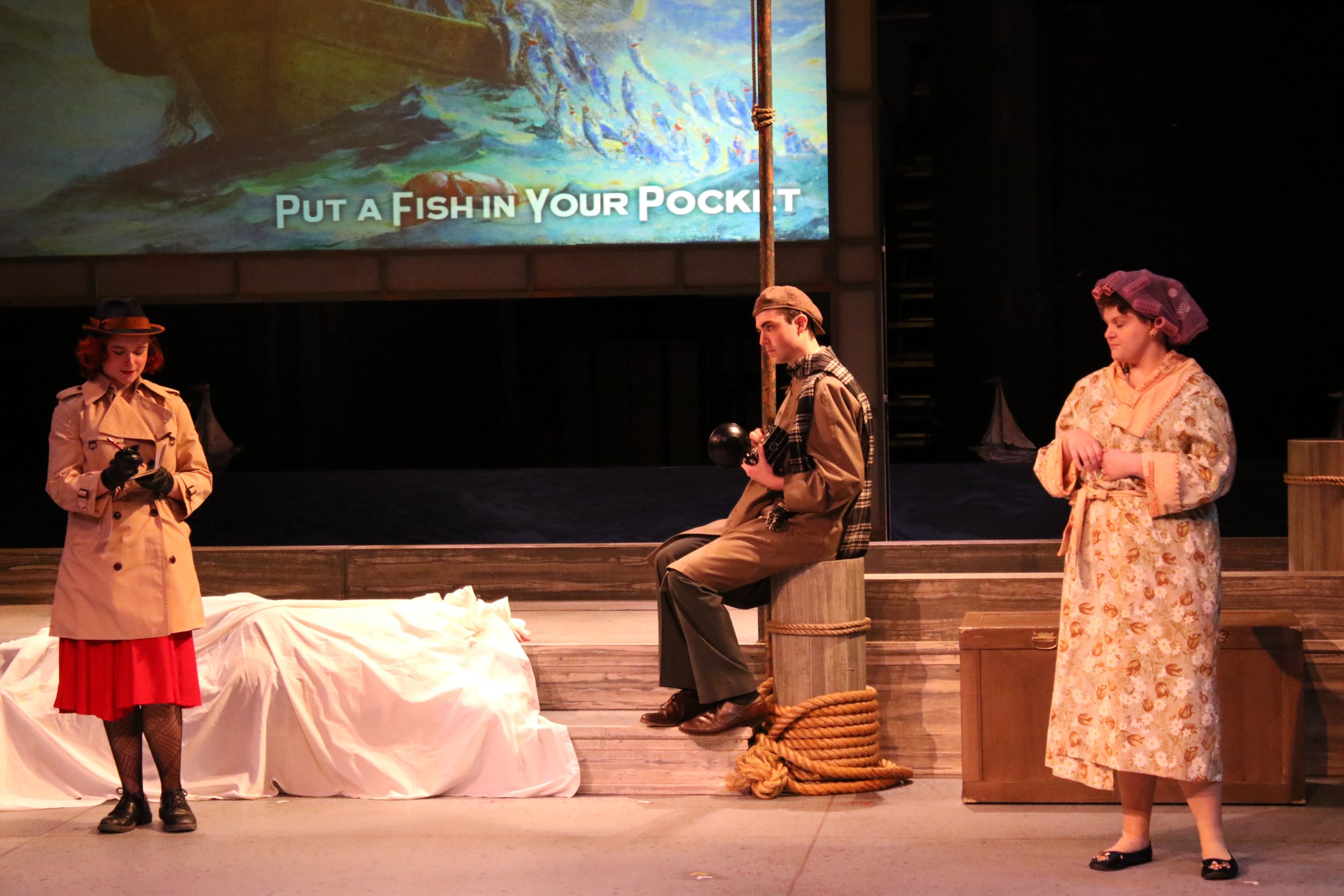 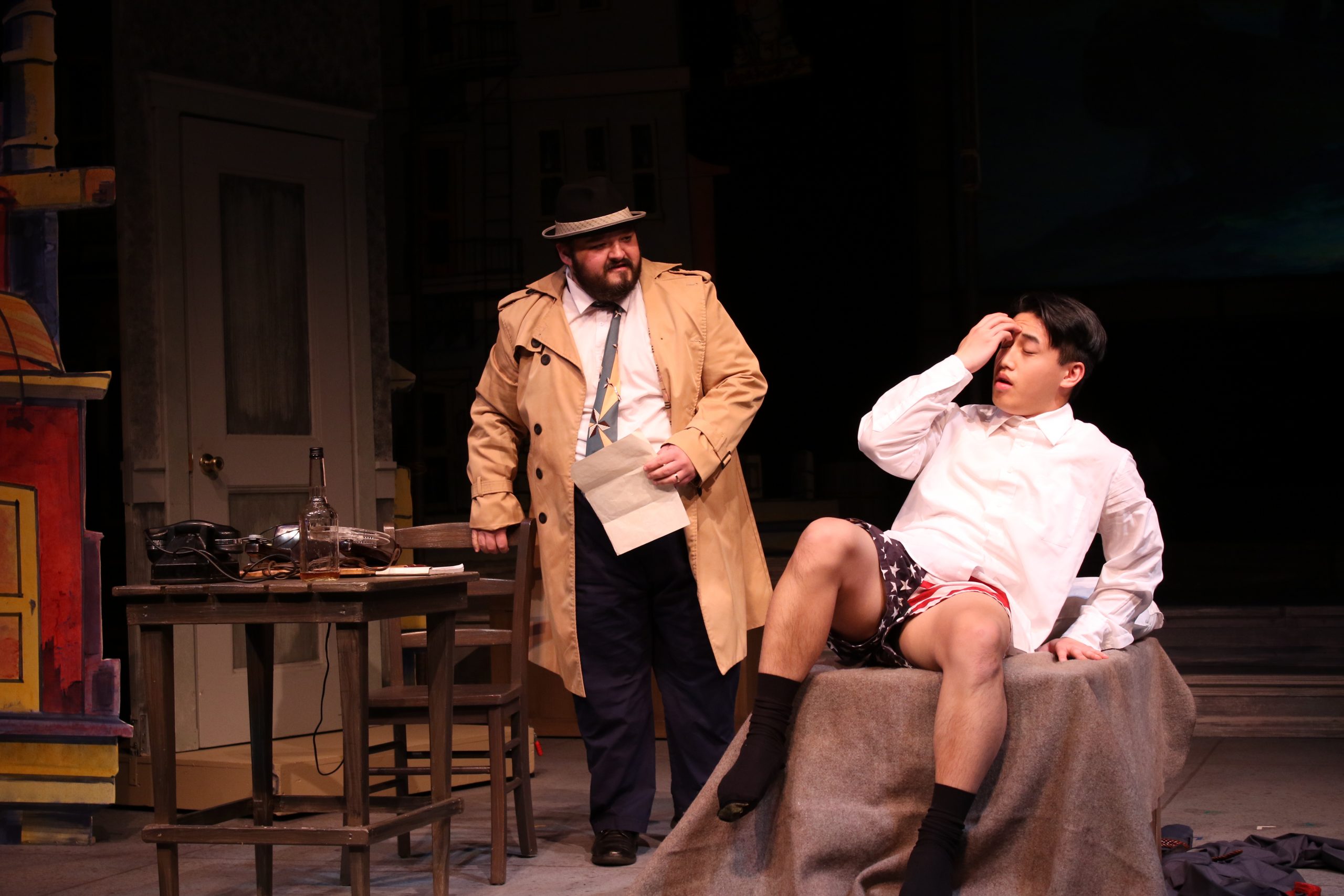 The second couple the audience meets is Maggie Pelletier and her boyfriend Frank, who is a G-man trying to solve a Soviet case.

The last pair of lovers, if you will, is an older landlady for the boarding house by the dock who goes by the name of Mrs. Kravitz. The show then introduces us to her lover although most times it doesn’t seem Andrei is a Russian fisherman who is quiet compared to his love, Mrs. Kravitz.

This play did a wonderful job considering that the six actors each had to play three characters. It couldn’t have been easier, as each of these characters had a drastically different  personality compared to the next.

We had the opportunity to speak to the actors about which characters were their favorites to play and why. Tegan Richards, who played the wedding dress clerk said “I loved the glitter shawl and matching hat with a feather.” Richards also stated that the most difficult part for her was “trying to differentiate the characters I play.”

Morghan Rash, who played the naive Lynn, said, “Lynn has a lot of energy and it was difficult to keep up with.”

Despite the diverse personalities played by six amazing actors, the audience was able to really understand each and every one of them. DJ Antlitz shared that he enjoyed “getting to experiment with accents he has never done before.”

Clackamas Community College has done it again with this phenomenal  production, full of action, mystery and plenty of lovable characters. and this time maskless.