Former Clackamas Community College school board member Dave Hunt pled guilty to commercial sexual misconduct on Sept. 29, a change from his original plea of not guilty.

“I did enter a not guilty plea and expect the sole charge to be dismissed, although COVID-related court closures will likely delay that action for months (for me and thousands of other Oregonians facing misdemeanor charges),” Hunt said in an email July 15.

Hunt had been on a leave of absence from the CCC Board of Education since he was cited for commercial sexual misconduct in April. Hunt was arraigned on May 27 at the Multnomah County Courthouse.

Hunt submitted his letter of resignation on July 15 to Rob Wheeler, chair of CCC board, the day after the board asked him to step down.

Hunt was reelected to the CCC’s board at the May 18, 2021 special district election, when he was the only candidate to appear on the ballot for his zone. Hunt, 53, had been an elected board member for CCC since January 2015 and represented Zone 3, which serves Gladstone, Oak Grove, and Jennings Lodge areas.

CCC board members are elected to four-year terms and represent seven zones in the CCC College Service District. The board sets policy for the college, oversees the development of programs and services, and adopts the college budget.

In an email to The Clackamas Print on May 5, Dave Hunt’s attorney Michael P. De Muniz wrote, “There seems to be confusion about whether this charge involved a minor. This charge does not involve an allegation relating to a minor. The state prosecutes defendants alleged to be involved with a minor using more serious laws, such as ORS 167.057 (Luring a minor) and ORS 163.433 (Online sexual corruption of a child in the first degree). The allegation here is that Mr. Hunt offered or agreed to pay a fee to engage in sexual contact with an adult.”

Hunt began his political career as a congressional staffer and went on to serve five terms in the Oregon Legislature, serving as both speaker and Democratic majority leader.

As a legislator, Hunt was one of numerous sponsors of a bill criminalizing sex trafficking in 2007. In 2011, he also voted for HB 2714, that bill created the crime of commercial sexual solicitation, the crime for which he was arrested and cited. That measure created the crime of patronizing a prostitute — since renamed commercial sexual solicitation — punishable by up to one year imprisonment, a $6,250 fine, or both when the person being patronized is an adult. 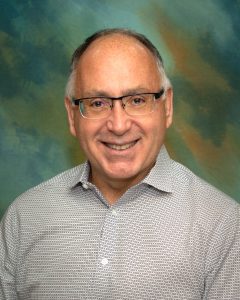 Wade Hathorn took the oath of office during the Nov. 17, 2021 board meeting. Photo courtesy of Clackamas Community College.

The board voted Wade Hathhorn, of Oak Grove, to fill the vacant seat during its Oct. 20 meeting. An email to staff on Nov. 18 said Hathhorn took the oath of office during the regular Clackamas Community College Board of Education meeting Nov. 17.

Hathhorn may run to fill the remaining two years of the term in the May 2023 election.

“Hathhorn has a passion for higher education and a commitment to the community,” CCC President Tim Cook said in a press release from the college. “We are privileged to have someone as experienced and dedicated as him to serve our college and our students.”

Hathhorn has lived in Oak Grove for six years and is currently the general manager at Sunrise Water Authority. However, he began his professional career as a professor of civil engineering at a university.

“I have always been interested in academia and the mission of higher education and its value to the general community,” Hathhorn told the college. “This is a great opportunity for me to return to my passion in a different role and give back to the profession that I dearly love.”

Hathhorn has a bachelor’s, master’s and doctoral degrees in civil engineering. He is a retired professional engineer with expertise in utility management and strategic water supply planning. He also has extensive professional experience in infrastructure planning, design and construction management. In his free time, Hathhorn enjoys travel, running and fly fishing. He also is a licensed, private pilot.