Nowadays, it’s common for people to have a long-term illness or a disability, yet some people still struggle to start a conversation over these issues.

Brenda Marks is an instructor at Clackamas Community College in the skills development department. She was diagnosed with breast cancer in October 2016. She taught through week five of fall term and has been on medical leave since then.

“It was really fast from getting diagnosed to treatment,” said Marks. 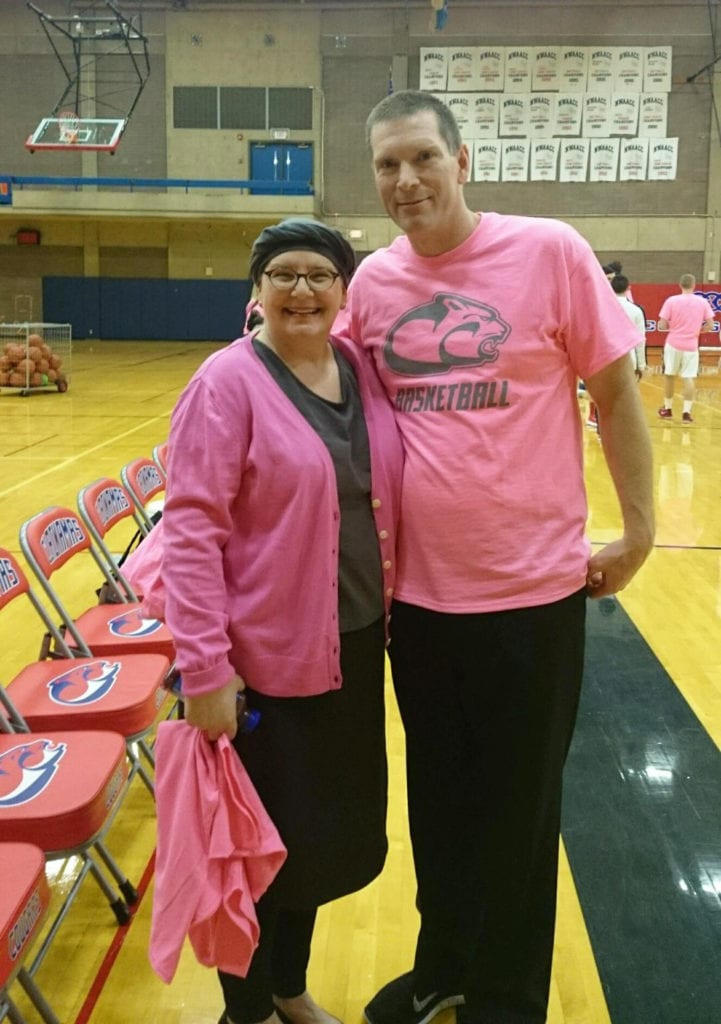 Within 10 days of having her first mammogram and being diagnosed, her breast surgeon had scheduled 16 appointments.

On Wednesday, March 1, Marks will have her last treatment for breast cancer.

There were several people that were very supportive of Marks from the start, including family, friends and colleagues. They have gone from taking her out to eat, to visiting her at the hospital, to walking her dog. Although, she noticed that there were other people who didn’t talk to her at all.

She went to a class called Look Good Feel Better, where they teach cancer patients how to put on makeup and feel more confident.

“I went there and I’m like, it’s really weird who I haven’t heard from and they said, ‘Well a lot of people don’t know how to talk to someone with cancer,’” said Marks. “I have not changed as a person. I am still on the inside, though besides from a few spots of cancer maybe, I’m the same person that I was last week, so what, I don’t understand. They said, ‘Well some people just can’t deal with it.’”

The same thing could be said of people with any type of disability. Laura Erickson is a student at CCC, and she said that she doesn’t mind if people ask her about her disability.

When talking to people with a disability, Erickson said, “Try to be tactful, but sometimes it doesn’t always happen, just try to be polite and think of their feelings. I, personally, am not sensitive about my disability because I was taught to advocate at a young age.”

Approaching anyone with a long-term illness or disability is not a complicated task. If someone wants to bring it up in a conversation and doesn’t know how to go about it, there are different strategies to use.

Ignacio Gonzalez is a counselor at CCC and has talked to several students with an illness or disability.

“One might consider to ask questions based on objective observations,” said Gonzalez. “For example, if a student is missing from class, the next time you see them you can say, ‘I am worried that you haven’t been in class, is there anything I can do to help?’ By doing so, you encourage people to talk about whatever that reason might be.”

Sometimes, it can be helpful to offer someone assistance, and it can be a really good bridge to illicit conversation from other people. Meanwhile, people can choose to share their information or stay private.

However, if for some reason, people still struggle to start a conversation, there is an even simpler solution. Just start by saying “hi.”

“People struggle in different ways,” said Marks. “Mine happens to be breast cancer diagnosis, but I think people have a lot more similarities than they do differences. It’s just part of humanity to care about somebody and what their struggle is. If they’re willing to talk with you about it or not, it’s on them, but to be caring about them is to be human.”

According to Gonzalez, the college can be a really easy environment to engage people in conversation, as long as we focus on our commonalities.

Marks is scheduled to be on sabbatical next year and she plans on writing a book for the study skills class so that students can have a low cost textbook option. 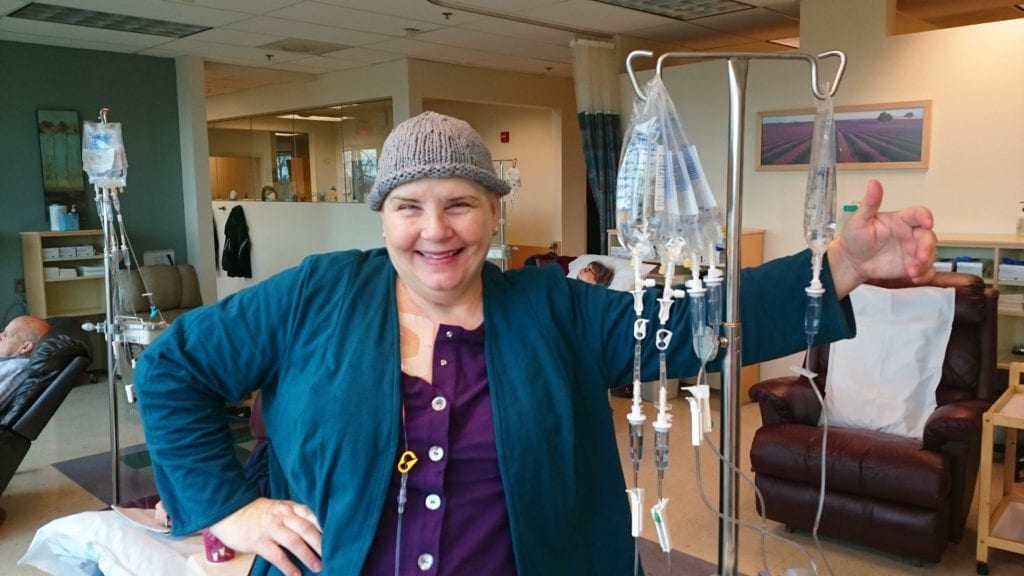 Brenda Marks has treatment at the hospital
for breast cancer on Feb. 1.