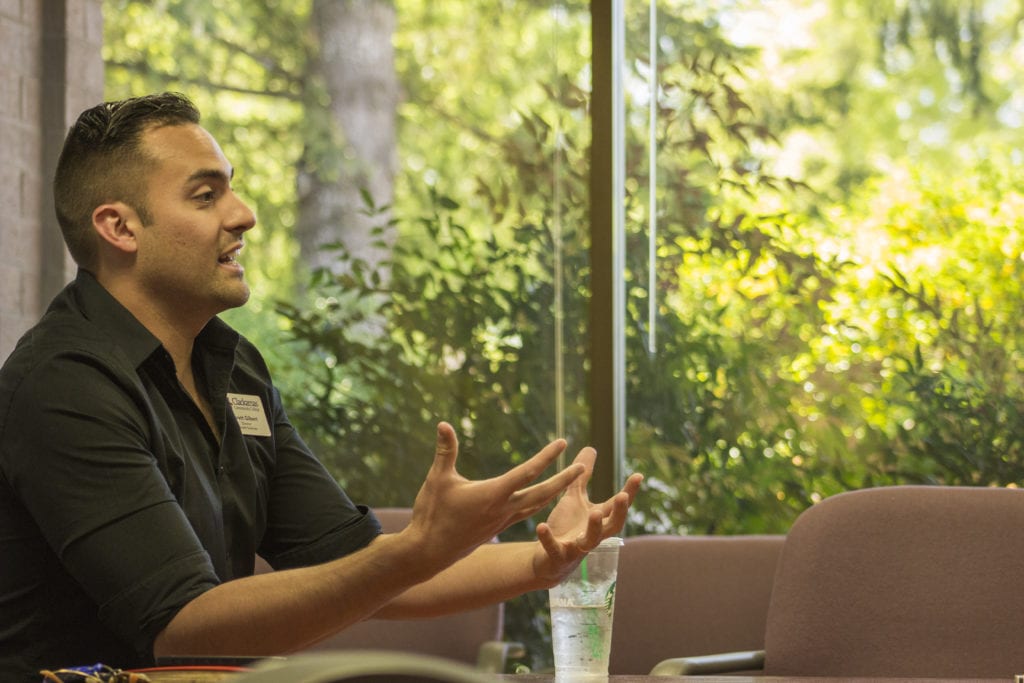 Jarett Gilbert has been the director of health and sciences at Harmony campus since January, 2016.

The Clackamas Print: You were in New York for a while, so how did you come to Oregon?

Jarett Gilbert: My wife is from Clackamas and she’s a nurse. I was at New York University doing a graduate program (2009-2012) and I met her while I was over there; she went there to take her nursing program. She was applying for graduate programs in New York City and back here in Portland, and she was accepted to both, and we decided that we were going to be back here.

TCP: What are some things that you have accomplished or that you would like to accomplish as director?

JG: In my role, I do a lot of things.What gives me the most pride is when our program directors are able to create programs that support the community and the students, not to mention educate them to graduate and to work. Anytime we can create another opportunity for our students, that is the achievement that I’m looking for.

JG: When I got to New York, I did my first year of the graduate program and that summer I was feeling particularly creative. So, I was looking at Craigslist for bands that were seeking vocalists, and I stumbled across this one guy that was looking for a bandmate. Later on, I met up with him at a recording studio in Chelsea, New York. We ended up playing music and literally that session we started working on one of the songs that we ended up recording. We started writing music together and then we incorporated the drums into it and we looked for a bass and then started touring.

TCP: Your LinkedIn Profile picture shows you shaking hands with someone who looks important. Can you elaborate on that?

JG: When I got out of my grad program, I got hired at New York University College of Dentistry. During my career there, in one of my roles I was organizing international events. NYU has a campus in Abu Dhabi, United Arab Emirates. There was a connection that was made between us and the largest health care provider in the Emirate of Abu Dhabi. The United Arab Emirates is a collection of Emirates that are ruled by Emirates or princes. One of them is the Sheikh, the big guy.His name was Sheikh Nayahan and he was the head of United Arab Emirates’ Ministry of Culture, Youth and Social Development. He was one of the princes and he would kick off the conference. He would come in with his entourage and he would shake hands with all of the lecturers.