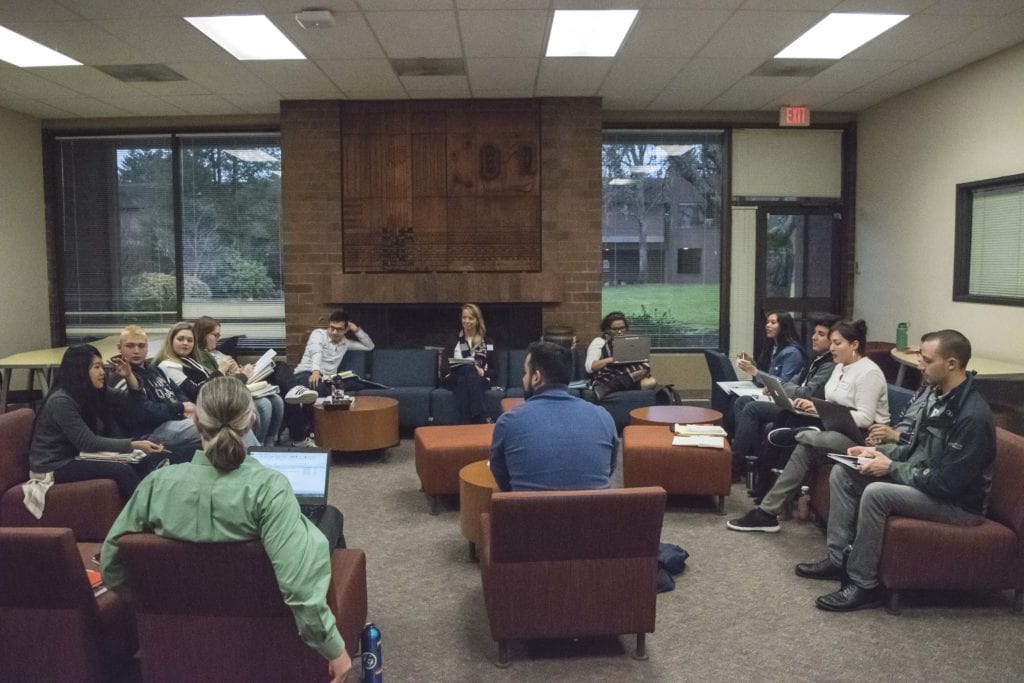 Story and photo by Jeanette Wright

Finding community at a commuter college can be surprisingly hard, as students tend to show up for class, and then leave.

Clackamas Community College’s Associated Student Government strives to create community for students with the events they put on, but they find it hard to get students to participate. The college student experience seems to revolve around the campus community.

“Our purpose is to pretty much create that student life for our students to kinda feel included,” said ASG administrative senator My Thoi.

For ASG to be successful, they rely on input from students and the community.

The events ASG organizes are important, but without the support from other students, they’re not as successful as they could be. From organizing blood drives to raising alcohol awareness, there are always incentives to encourage students to participate, and there’s always a reason behind the event.

With the search for a new CCC president nearing its end, Jairo Rodriguez ASG president said he is excited to see the results of the election.

“Somebody fresh is going to come in, and they want to know what the students want, and it’s difficult to know that, for us, ‘cause technically we’re the team that they look for when it comes to what students want,” said Rodriguez.

Representing the student body accurately is a main concern of ASG, and ASG elections and applications are designed to help with that.

“We’re here to represent all students, and it’s difficult at times when most students don’t know that we’re actually here,” said Rodriguez. ASG is the voice of the students to many other groups, including coordinators, administrators and the school board.

Fresh perspectives are key to keeping up with the CCC student body, and the upcoming ASG elections might bring some to the team. For the past two years, Rodriguez has run for ASG president unopposed, which he takes as a compliment, but he said he is also disappointed in the lack of interest shown.

“It doesn’t take a political science major to join the ASG. They accept applications for various positions at any point during the year, and all students need to be is enthusiastic,” said Thoi.

“We’re just looking for people who are motivated to help others, and, well, just really be a part of the community,” said Thoi.

Being part of the ASG doesn’t only benefit other students, though. Members build business and people skills, plus it looks great on a resume, ASG affairs director Angel Oroszco said.

“The entire thing is a leadership experience,” said Oroszco.

Fresh faces and new opinions is something ASG relies on to give accurate help to current students. By running in the upcoming ASG elections or even just participating in the events they put on, students can help ASG know what they want, and what kinds of resources they need.

As Rodriguez closes on his last year as president, ASG is now accepting applications for the presidential position.

For more information go to the Community Center to the ASG offices or go to:

to find the application.