John “Jack” Eikrem is a student working towards an English AS Degree with aspirations of being a playwright. He’s also the stage manager for the Clackamas Community College performance of “The Shadow Testament,” written by English instructor Sue Mach and being staged through March 6.

The Clackamas Print: What is a stage manager?

Jack Eikrem: A stage manager in the theater is sort of like the conductor for an orchestra. When I stage manage a show, it’s my job to make sure that everyone gets to the right place at the right time and executes all their cues correctly according to the script. I spend a lot of time recording all those meticulously and with our various designers and the director, who is actually my father. They are in charge of things while we are in rehearsal and, once the show opens, I’m really the one who’s in charge of making sure that the show runs. Once we open, the director and designer step away and it’s our show and I’m kind of the leader of that.

TCP: How long have you been a stage manager?

JE: My first show I stage managed was not this fall but the fall before that, and that was “Dead Man’s Cell Phone.” Then, I assisted fall production this year, which was “Sylvia.”

TCP: What has been one of the hardest decisions you’ve had to make while stage managing?

JE: When you’re going through a show and something doesn’t happen the way you’ve rehearsed it, that’s always a tough call and I don’t really have any super specific examples because those are decisions that have to be made in a split second. I probably have to do one or two of those a night, just where something is slightly different and so I have to anticipate something and call it a little differently than I did before that’s why we rehearse a lot because in live theater, no two performances are exactly the same. And that’s why I am there.

TCP: What is “The Shadow Testament” about?

JE: It’s about some people who are involved in a religious cult that was active in Corvallis and Seattle in the early 1900s. It’s loosely based on these true events but it’s a pretty intense story. There was this cult and there were some murders involved and it’s a pretty ripe subject for drama and I think Sue has done a terrific job adapting it into a play that I think people will be very excited about seeing.

TCP: What are some of the things going on in your head while preparing for a play?

JE: I have a long mental list and a physical list of things that have to get done before the show starts. This play has a lot of props in it, and we have to make sure that the props are set in places where the actors can easily get to them before they go on stage. We have to check lights and sounds before every performance to make sure that every cue looks and sounds like we expect it to. The theatrical lights we use have physical light bulbs in them and sometimes those lights burn out and have to be replaced. Similarly, we have to look at every sound cue because sometimes things get kind of turned around in the board and then we might lose a speaker or something and we have to figure out how to get that back. So there is really quite and extensive list of things we check before every performance to make sure that the audience gets a really nice experience.

TCP: What was it like using a blank gun on set?

JE: We have another added layer of complexity in this show because we use a blank gun on stage. A blank gun is harmless; it doesn’t have a barrel on it but it does fire explosive blanks that sound exactly like a gun shot. It’s a potential concern because we have these little explosions going off in the theater and we’ve worked with campus safety so they know what’s going on. We have Brandon Coombes who is a member of my backstage crew, who’s a former Marine. He’s handling all the blanks and so he has expertise in that area. So we have a safety protocol for how to properly handle the blank gun.

TCP: What do you plan to do after CCC?

I’m in the English department here, mostly as a major. I’m doing the English AS degree, with the intent to transfer to Marylhurst to their creative writing program. I’m interested in eventually perusing a MFA/ MS Masters Degree in playwriting. So I want to write plays. 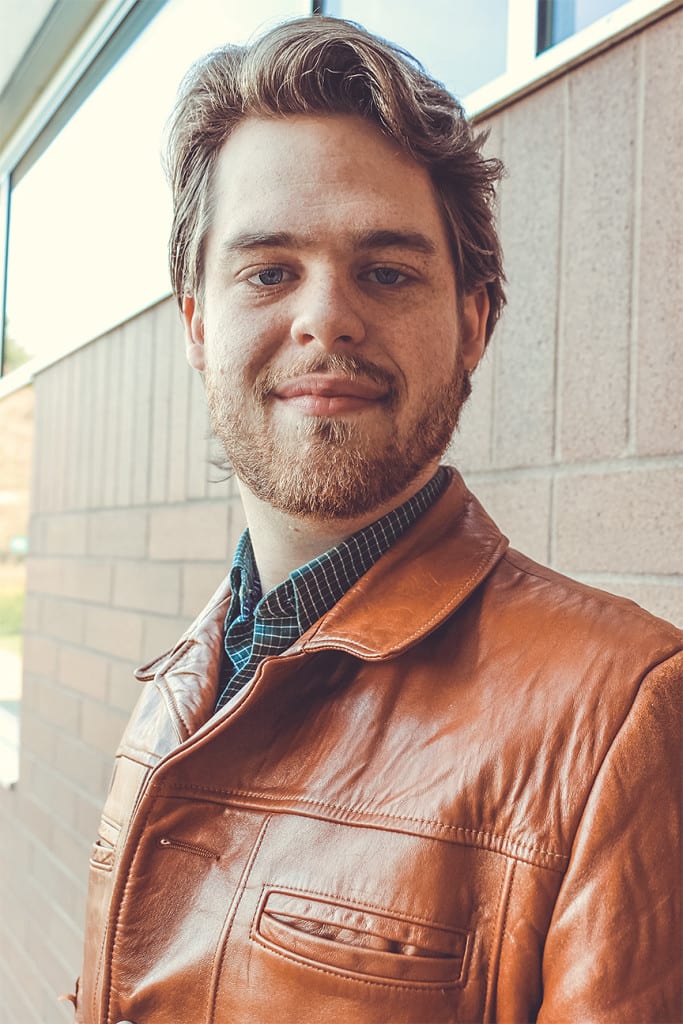