The Haggart Observatory serves and educates astronomy lovers within the community

The Haggart Observatory dome is a manmade piece of art. Harold and Darcy Haggart built it as part of their home in Oregon City on Redland Road. They poured the concrete for the center support one bucket at a time, and never left their house.

The pole that supported the observatory was in their living room up through the floor and the roof. When the support was finished, the construction of the platform and dome was Haggart’s next project.

The round top dome was hand crafted by Haggart himself out of the fuselage of a B-17 Flying Fortress a World War II long range bomber. He bent, cut, shaped and crimped all of the pieces to form the perfect “Dome Effect.” A narrow section of the dome retracts so the telescope can take perfect aim at its celestial targets.

Jerry Herrmann, founder and director of the Environmental Learning Center from 1974 to 1994, said, “When I was in the Cub Scouts as a boy, my troop and I went there on a regular basis, as did Boy Scouts and Girl Scouts, too,” he said. “He was a very nice man who showed us things about our universe that no one else could.” Haggart died in 1984 leaving many sad friends, said Herrmann.

Herrmann enlisted the help of Coast Crane Company, which volunteered the use of one of their huge cranes to lift the dome from Haggart’s house and loaded it on a flatbed, which delivered it to the CCC campus. Haggart’s widow thought it would be easier to sell the house if the observatory was removed.

Haggart’s original telescope was sold to the Oregon Museum of Science and Industry, and during transit the secondary lense (mirror) was broken. The reflector mirror was so sophisticated that no one was able to duplicate it. The remains of the telescope are sitting at Fort Hancock,
rusting away because no one, at the time, was able to duplicate what Haggart had hand created. It has sat there for about 25 years.

The new structure, which Haggart’s original dome sits on today, was built by students and community volunteers. The concrete was poured one bucket load at a time until it was 45 feet high. Coast Crane came back and hoisted it up onto the new platform where it remains today.

The new telescope, replacing Haggart’s original broken telescope, is a 24-inch Newtonian Reflector and one of the largest “light buckets” that Steven Swayze of Portland has ever built. The huge telescope is resting on a 500-pound tube assembly that is a Dobsonian style mount. The Teflon “O” pads allow the reflector to
be moved by hand in a 360 degree motion.

Haggart’s Observatory is located at the Inskeep Environmental Learning Center. The opening of the telescope coincided with the partial solar eclipse on March 7, 1989. It was used regularly until 1999 when it underwent a major renovation at the cost of $160,000, made possible by community donations.

Two years later it was reopened and used regularly by students and the community of astronomy lovers. Today the telescope is being run by Rose City Astronomers. It is open one day a month for viewing, always close to a new moon, if the weather allows.

Astronomy teacher James Dickinson said, “My classes don’t use the observatory because of the limitations of capacity and weather.”

Dickinson elaborated by saying, “I give students information about the Haggart Observatory and encourage them to attend the Rose City Astronomers’ public events. I also give them information about other Rose City star parties and other observatories they could visit in Oregon.”

Herrmann said that his organization, located here in Clackamas County, would like to include the Oregon City campus in a tour of Oregon City and other sites through the Earth Crusaders Program. It would also include the John Inskeep Environmental Learning Center, Haggart Observatory and lunch in our cafeteria.

Steve Weiler, the Vice President of Observing for RCA, said, “Our next public night at Haggart Observatory will be on Feb. 27 from 6-9 p.m.” For more information visit the RCA’s website:
www.rosecityastronomers.net 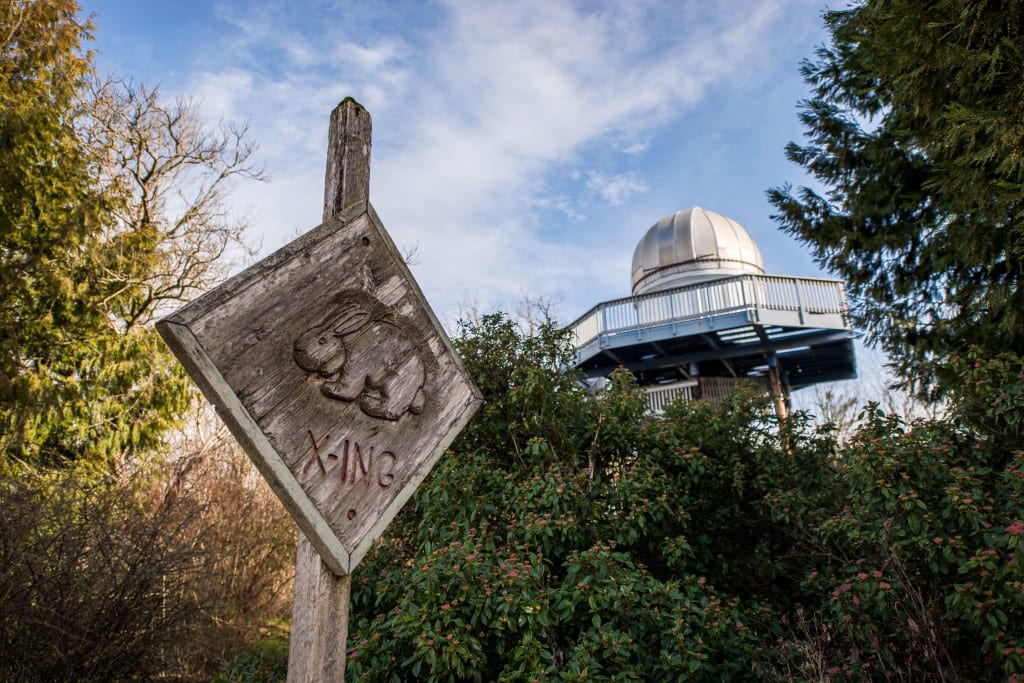 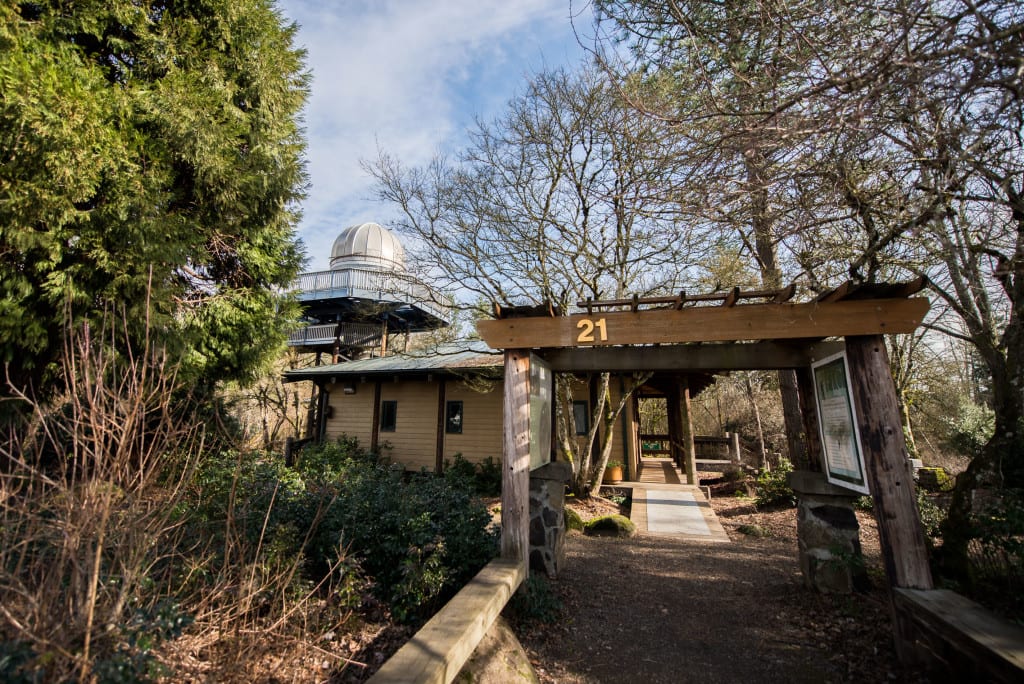 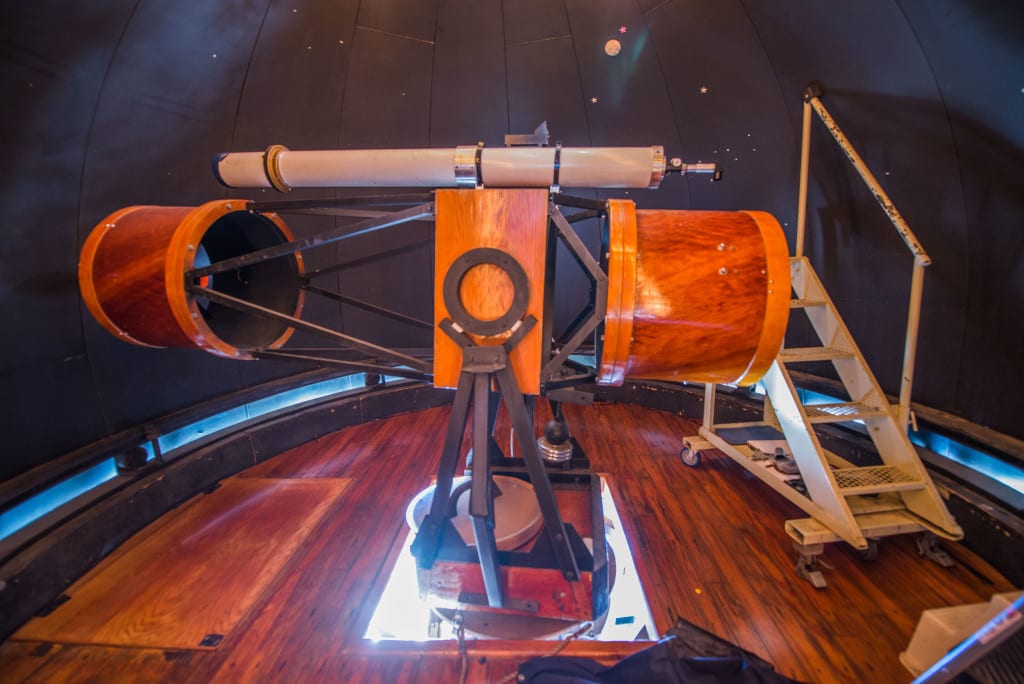 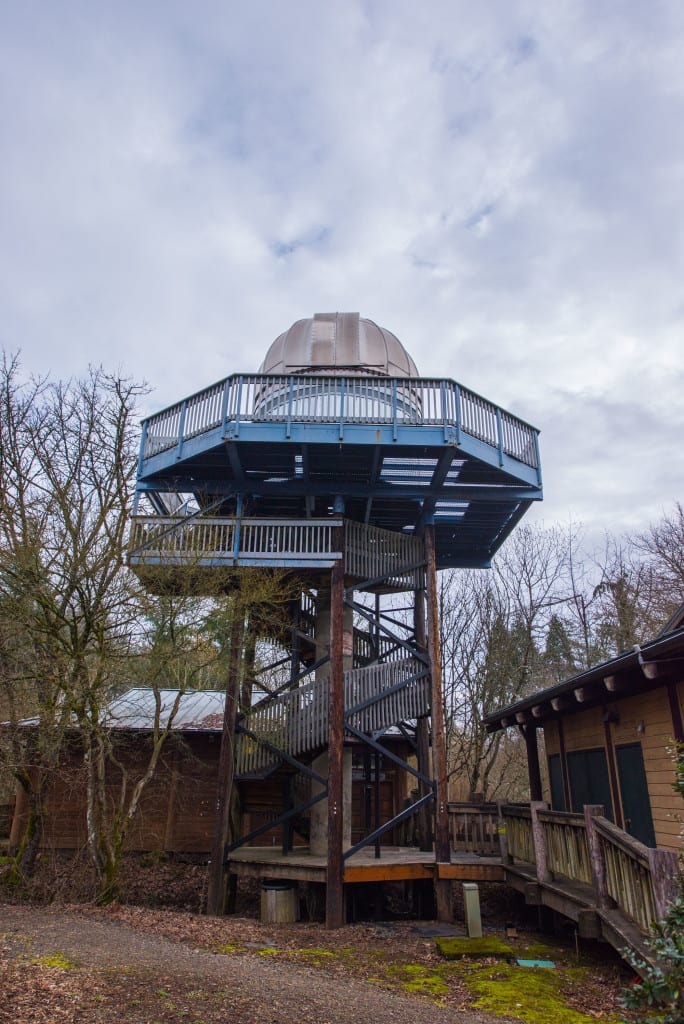