In Oregon, women age 18 and older can now go to their local pharmacist to get a prescription for birth control rather than making a doctor’s appointment.

This new law became effective Jan. 1, 2016. Oregon is the first state to have fully implemented the law. California has passed a similar law and is
in the process of finalizing it. Other Western states are following suit. The bill was signed by the governor in July of last year. The Oregon Board of Pharmacy was directed, by law, to create the standard procedures for this service and did so in 94 days, according to Fiona Karbowicz, a pharmacist consultant at the Oregon Board of Pharmacy.

“Well I think that if it increases access to birth control, in a safe and effective way then it will be a real benefit to all of our patients and women across the state,” said Molly Meyers, an advice nurse at Women’s Healthcare Associates.

“The law allows for the prescribing by a pharmacist for the oral contraceptives or the patches,” said Karbowicz. It also allows a patient to receive up to a year’s worth of contraceptives in one prescription. This is covered by insurance, but is also available to those without insurance, though the cost varies depending on the pharmacy.

Pharmacists that opt to use this service must have additional training. The training involves a series of online modules and takes about five hours. However, the service is completely voluntary. It is not up to the pharmacy, but the pharmacists themselves, as to whether they want to provide this service.

The training allows pharmacists to learn how to find the best type of birth control for the patient. The patient fills out a questionnaire and the specific type is chosen based on their answers. There are certain conditions that could disqualify you from this service.

On the Oregon Board of Pharmacy’s website, there is a list of clinic sites for patients to refer to when they are deemed ineligible, due to either no insurance or “for example, if they have a medical condition that does not allow the pharmacist to prescribe to her, such as high blood pressure,” said Karbowicz. The pharmacist will then refer the patient to a clinic.

Because the service is still so new, in effect for only one month now, many local pharmacists have not yet started the training.

Karbowicz said, “The Board of Pharmacy does have a list of pharmacists who have taken and completed the training; however, a list of the exact pharmacy locations where the services are being provided is not available by us.” The best option would be to call your local pharmacy to fi nd out if this service is available. Though, Karbowicz did say that the first pharmacies to start adapting to the new law include Costco, Safeway and Albertsons.

After contacting the pharmacies, it seems as though Albertsons Sav-On Pharmacy in Oregon City and Costco Pharmacy in Clackamas are fully up and running this new service.

Birth control is covered by insurance, however, some pharmacies may have a ‘visit fee’ much like a copay fee when you visit the doctor. At the pharmacy in Albertsons, this fee is $45.

Cassie Riedel, a pharmacist at Sav-On, explained the process patients take when visiting their pharmacy by saying, “They would just come on in, no appointment needed, they would come into the window where you would drop off prescriptions and they would fill out a form … answering questions about their background and medical history and then the pharmacist would meet with them.”

At the Costco pharmacy, there is a $35 pharmacist dispensing fee.

A pharmacist at Costco said, “You have to be 18 years or older. Under 18, then you need an active prescription of birth control so that you’ve already been seen by a physician. You have to have seen your physician within the past three years.”

Flora Yong, a pharmacist at Safeway in Oregon City, said they plan on getting their pharmacists trained for this service, but, “There’s not a specific date set.”

A pharmacist at Fred Meyer on Molalla Ave. stated that they have not started the training yet, but all Fred Meyer stores should have this service available by July.

Rite Aid Pharmacy on McLoughlin Blvd. is in the early process of training their pharmacists. The service is not being offered there yet but should be in the next couple of months.

It seems as though many people believe this new law to be a great improvement, including medical professionals other than a pharmacist.

When students were asked opinions about the new law, many of them did not know what it was. A few students didn’t know about the new law at all. Most students only had positive things to say, however, a few had concerns.

Ross Foster, a student at Clackamas Community College, said sarcastically, “If you’re gonna take something out and put it somewhere, you better be prepared for the consequences. It’s defi nitely a good idea for people to be responsible.”

Cierra Brandt, who had a concern about the new law, said “I feel like birth control should be talked about, like side effects and all of that kinda things with your doctor beforehand, so I guess as long as your pharmacist goes over that before you’re sent home with the medication, then that’s okay but I still feel like the communication about the product is important.”

As said before, there’s additional training the pharmacists go through to gain knowledge in prescribing birth control. There is also a questionnaire the patients fills out to find the best fit for them. This service is still fairly new so it may take some time for other pharmacies to get on board with it. 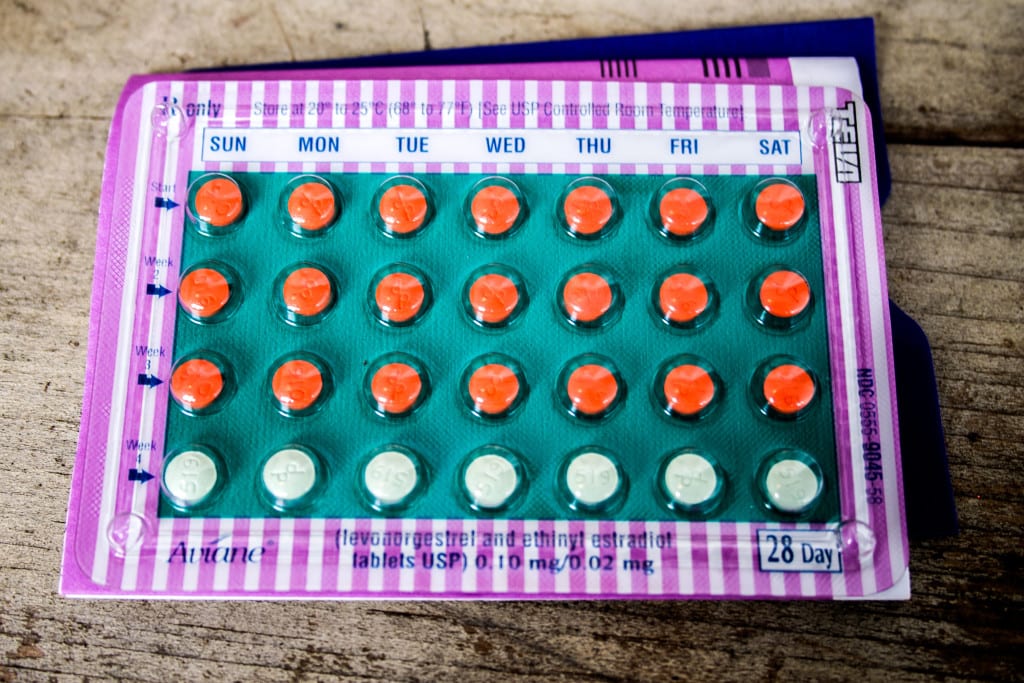