Board raises tuition $3 per credit hour 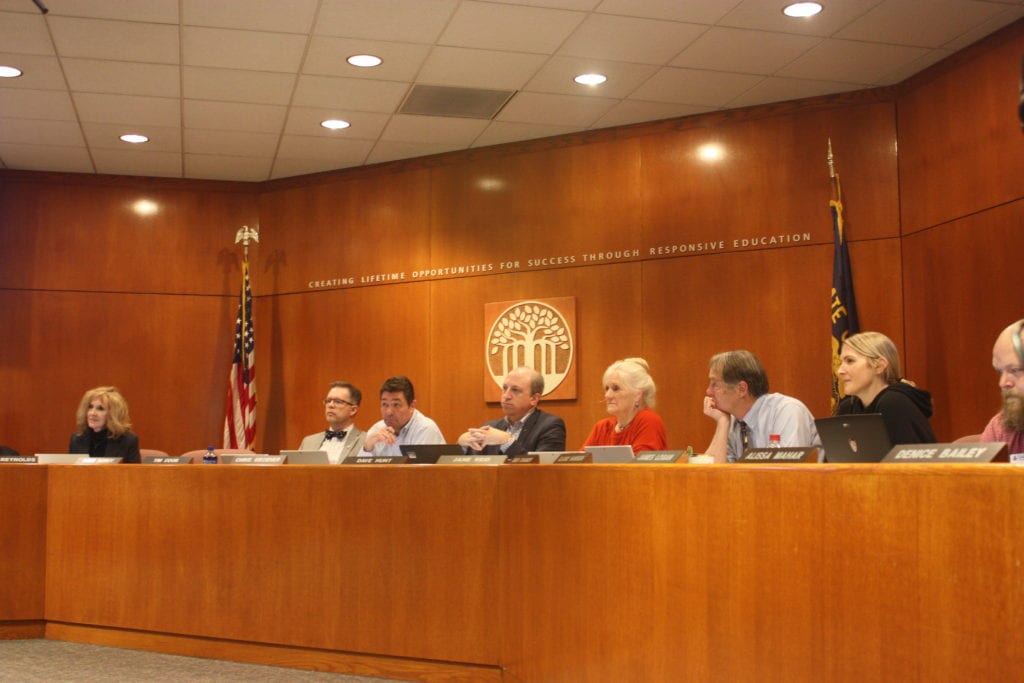 Clackamas Community College’s Board of Education voted to increase tuition for the 2019-2020 school year.

This decision came as a bit of a surprise as the administration had proposed increases of $7 per credit hour for in-state tuition and $10 for out-of-state; the general student and technology fees were also slated to be raised, each by 50 cents per credit hour, but were ultimately left at their current rates.

To begin the meeting multiple letters from concerned students were read into the record, all of which focused generally on the proposed tuition increases and stressed the burden rising costs have on students’ educations. Several of the letters were from international students concerned that they may no longer be able to attend the college if tuition and fees keep rising. One such letter, from student government member Jinyoung Park, detailed the challenges faced by international students.

“I came to the U.S. because I was enamored with the education style and thought it could open up doors for my future. However, the issue of finance is distracting me from working towards my full potential,” Park wrote. “Even though I’ve lived in the U.S. for over six years, I’m still counted as an out-of-state student. I also can’t get a job because I’m an international student which leads to more obstacles.”

“The raise in tuition may lead to students like me having to return home without completing our education,” Mabano wrote. “Which I hope will not be the case for me or anyone else.”

Letters from local students focused mainly on the affordability of college, especially for those who aren’t taking out student loans — or are trying their best to not. The one in-person testimony had a similar focus. It came from Justin Hagele, a student in the plumbing apprenticeship program at CCC.

“My fear is that if that price keeps going up, I won’t be able to afford what I’m doing,” Hagele said. “I ask that you guys think about how this will affect those that aren’t taking out student loans, that are going to work full time, who are paying for this all out of pocket.”

The board laid out four scenarios for increases in tuition over the next two years and the budget deficit the college may still be left with under each of them. The uncertainty over how much to increase tuition stemmed from these potential shortfalls and the college’s necessary reliance on Oregon’s Community College Support Fund, or CCSF, which provides funding to the 17 community colleges across the state. The current appropriation from the CCSF is $590 million, with each community college getting a percentage of that total that is largely dependent on its full-time enrollment numbers. For CCC to not face a budget deficit, the board would need to not just approve a tuition increase but would need the CCFS allocation to grow significantly — a historical uncertainty.

These budget complications placed a nuanced and difficult decision in front of the board. The board chair, Greg Chaimov of Milwaukie, was reluctant to come down to $3 from the proposed $7 per credit hour increase because if CCSF funding stays the same or doesn’t reach the college’s hope of $647 million, the board could be looking at a more drastic increase in tuition next year as well as potential cuts.

“My concern is that, let’s say they appropriate $600 million instead of $590 [million], whatever portion of that we get I would just as soon try to save the job of someone who works here rather than reduce that tuition. And the quality of the education we provide because when we ended up cutting — frankly, gutting — our staff 10 plus years ago when we had the big down turn in funding. In some ways we hurt ourselves more than just the amount of funding we had to cut. So part of what I’m trying to do is prevent us from having any more of a deficit than we’re already going to,” Chaimov said.

The students’ testimony, in the end, seems to have made a difference.

“I must say I was struck by several of the letters that we just read from students, some of whom were out-of-state or foreign students,” said Dave Hunt, a board member representing Gladstone who spearheaded the motion for a lower tuition increase. Hunt’s idea is to put the pressure on the state legislature by passing a $3 per credit hour increase now and then explicitly telling them “whatever you do in the Community College Support Fund will have a direct impact for the next academic year, which also just happens to be a few months before their reelection.”

This game of legislative chicken is predicated on a similar move by universities in Oregon where they banded together in an attempt to extract better funding from the legislature. For community colleges and the Oregon Community College Association that represents them, the challenge may prove more daunting.

“I think our challenge right now frankly — I’ll just be real frank about it — I don’t think OCCA is really that ready to have that unified front,” said college President Tim Cook. “And whether we’d be able to have it next year or not, I have some concerns.”

Though the vote wasn’t unanimous the board did eventually approve a more modest tuition increase in Hunt’s motion.

“I do think there is some benefit to playing the universities’ card and there is a chance that we could end up better going with Dave’s way than the staff recommendation,” Chaimov said.

“How comfortable are you running the risk?” Chaimov asked of Cook.

“It’s a chance. I will say I’m your new president, and I’d like to be your old president,” Cook retorted humorously before striking a more serious note. “I think we just need to acknowledge and be really clear, I think everyone knows this, but we need to be really clear that we could be here in a year or two years with some pretty difficult decisions around some pretty dramatic cuts if it doesn’t go the way we want it to, and some pretty dramatic increases.”