Do you have trouble getting to school? Do you not have a car or are spending too much money on gas? Do you dislike having to transfer through many bus services? Clackamas Community College has a few transportation options that may suit your needs.

One option is CCC’s free shuttle service, entitled “CCC Xpress Shuttle.” This offers free service for anyone going to and from the Oregon City campus, the Harmony campus and the Clackamas Town Center. The service provides a convenient transportation source for students who do not possess a personal vehicle, or students who have to ride the bus.

It has affected many students positively. The shuttle’s average ridership doubled since its inception in 2011.

According to Luke Norman, CCC’s Transportation Systems Coordinator, a personal vehicle should not be the only way for an Oregonian to be able to participate in society. Norman, a graduate of the University of Michigan, was fortunate to have a secure transportation system from Ann Arbor, Mich. to the other suburbs. For people who commute from Detroit to the other sprawling Michigan suburbs, bus services are limited and “their only option is to drive to work,” said Norman.

Now a resident of Northeast Portland, Norman is the Transportation Coordinator at CCC. According to Norman, One in five students passed up or dropped a class due to a transportation issue.

A recent survey also found that transportation is the third biggest barrier between students and their academic goals at Clackamas. The shuttle has already begun to help that cause.

Brad Winslow, a 21-year-old student stated, “[My parents] can’t really get a car right now, so it’s not like I can borrow one of my parents’ cars.” Winslow said that the shuttle is both convenient, necessary, and also saves a lot of time.

Students can find the CCC Xpress Shuttle parked in the CCC bus roundabout, throughout various times of the day.

Students from places such as West Linn don’t live close enough to the shuttle for easy access, so driving is the only way to travel without a bus transfer in Oregon City. Norman said he understands this, stating “Driving is still a key part of the transportation community.”

This is a concept more realized by Tristan Stallcup, an 18-year-old resident of West Linn and CCC freshman who drives to school by himself.

He views this as a personal luxury, but would like to begin carpooling soon. “Right now with school just starting, it’s hard,” Stallcup said. “Everyone’s schedules are up in the air,” he added.

Luckily, drivelessconnect.com is dedicated to helping students find a carpool partner. Students can sign up for the program by simply using their @student.clackamas.edu email address.

Q & A with Luke Norman

The Clackamas Print: How do you usually get to work? Do you use public transportation?

Luke Norman: My normal trip is what is normally called in the transportation world, bi-modal. I use different ways of getting there. I live in Northeast Portland, so I normally bike over to the Max station at Hollywood and then take the Max to Clackamas Town Center. From there, I either bike over to the Harmony Campus where my main office is or I take the Express Shuttle down to the Oregon City Campus.

TCP: Have you had any obstacles or unexpected things happen?

LN: One of the big unexpected things, there is a lot of stuff going on that impact the college that before nobody was really plugged into. For example, right now, I am working with Bob Cochran to go for a grant that will span the roundabout where the buses come into a full transit center, making better places for people to wait and bicycle parking. It is a good opportunity, but a lot of work, and is due Nov. 10. Right now, it is my focus to help get the word out to the students.

TCP: Where do the funds come from for the shuttle and how much it costs to keep it?

LN: The funding for the shuttle is combined; part of it comes from the federal government in a program called Jobs Access Reverse Commute. It was created because most of our transit systems are set up to go from the periphery to the urban core. As many of you know, there are a lot of jobs in the suburbs, so this grant was set up to help people who live in the downtown area to get to the outlying areas. The other part is from the college with funds set aside because the shuttle service need.

TCP: How many shuttles are currently running?

TCP: How many people ride the shuttle?

LN: Last year, we had 20,000 riders the shuttle. From September to June, ridership numbers have almost doubled during that time. A shuttle holds 12 people. Currently 10 ride, approximately 70%. 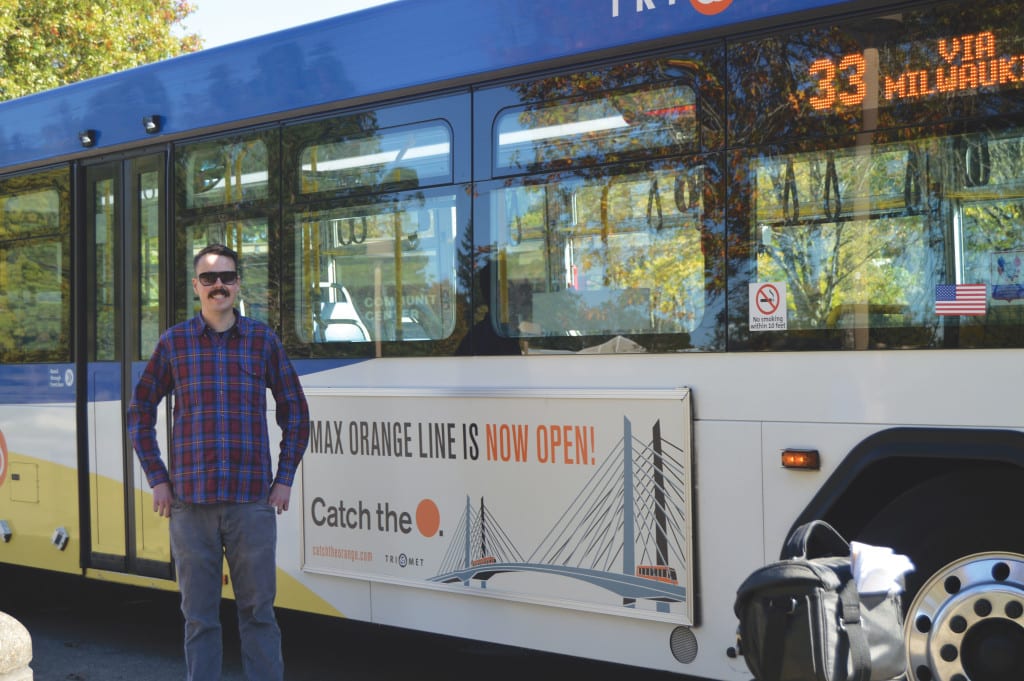