Director of campus safety Bobby Smith sent in his resignation after holding the position for less than a year. He took on the position in May 2015 and his last day at Clackamas Community College is Feb. 2.

As a former member of the United States Air Force and Marines, it’s no wonder why we recruited Smith for the job. It is a wonder, however, why he resigned so soon.

According to Bob Cochran, Dean of Campus Services, there have been three directors of Campus Safety since the position was created. The first director, Kurt Nelson, filled the position for less than a year before he left. The second, Suzy Isham, stayed less than two years before she accepted a better opportunity at OHSU. Now, Smith felt that he wasn’t a good fit for the job after less than a year.

During our conversation with Smith, he was very careful with his words and often placed his head in his hands, while trying to describe the situation.

“It’s so imperative that we develop campus safety programs and be aggressive about it and really invest. Sometimes the greatest challenge is not teaching folks what you can do during an active shooter training, sometimes the greatest threat is changing the culture of the organization, and I think that was my greatest challenge, trying to do that cultural change. I think that’s the best way to put it,” said Smith.

“My goal was to really develop the campus safety programs here because the threat environment has changed from what it used to be in the 80s and 90s,” said Smith. However, when asked if he had accomplished what he intended to do here he said, “No, I didn’t accomplish what I hoped to do.”

Regarding the question of why he wanted to resign, Smith said, “The safest thing to say is it wasn’t a good fit for me.” He expanded his statement by saying, “For me it’s so important that I feel like I’m making a difference, that I’m giving back to the community that the community is giving back to me. If I don’t feel that way, then I know it’s important to meet my expectations and my needs and that may sometimes mean a change in environment. I may simply not be the right person for the job.”

When asked how the absence of a director will affect the campus safety, Cochran said, “I don’t think it’ll impact our campus safety as far as being safe on campus because we’ll fill the gaps for whatever we need to do to insure the campus stays safe.” Cochran plans on starting the recruitment process for another director this week.

Currently, we have four full-time campus safety officers and six part-time officers that are shared between the Oregon City, Wilsonville and Harmony campuses, according to Cochran.

Naomi Sether, a member of the Building Emergency Response Team (BERT), believes our campus safety officers are very good at protecting our campus and hasn’t had any problems getting ahold of the officers.

Brent Finkbeiner, the ASG President said, “One of the biggest things that Clackamas Community College has that others don’t is our partnership
with the [Clackamas County] Sheriff’s Department. We have real police officers protecting us and that goes a long way.” Smith also alluded to this partnership by saying, “If something happens, they’re going to come rushing to our aid; I think that’s one thing I’m very happy about.”

Smith wanted to assure the student body of their safety by saying, “I would never ever say that the college here is unsafe, heavens no. We have a great community.” He also added that leaving the friends he’s made here was the hardest part of his decision.

When asked what’s next, Smith said he’s going to move back to Las Vegas and use that as a starting point for his next phase. 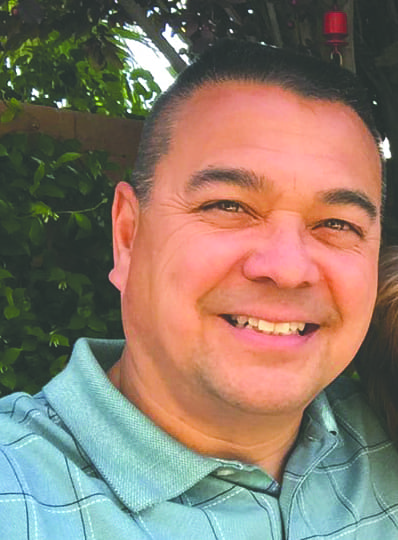