Do you struggle with getting to school? Clackamas Community College may have the solution for you.

Between Roger Rook and the community center is a roundabout for public transit.  There, one will find the bus stop for the TriMet transportation system, as well as the free CCC Xpress shuttle.

Prior to winter term, there were only two shuttles. Due to its increasing popularity as a viable form of transportation for students, a third shuttle was added to accommodate the high demand.

“The increase we’re tracking is close to 20 percent,” said Luke Norman, transportation system coordinator at CCC, in regards to the rise in shuttle ridership.

For Nan Jiang, a first-year student at CCC, the shuttle is a nice convenience, although it is not her only means of transportation to school. According to Jiang, the only way to improve the shuttle service would be to “send more busses.”

While Jiang may not solely rely on the shuttle, for other students like Adrian Brown, a returning student at CCC, it is the only way to and from school.

The shuttle has become so popular, that some days it is completely full.

“It was a huge concern to see students who were turned away and unable to board,” said Norman. “In response to growth ridership, we’ve added more service for the winter term.”

Mike Golden, a CCC Xpress shuttle driver who has been transporting students to school since spring term of 2015, is a key factor in the safety and reliability of this service. Golden’s route is the direct line from Clackamas Town Center to the CCC Oregon City campus.

According to Golden, after the addition of the third shuttle, he only notices a rush during the night.

“The last two runs of the shift there’s only one shuttle, so it gets really busy,” said Golden.

More updates to the shuttle are also a possibility in the future as a result of the $90 million bond passed by voters in 2014. Norman has expressed the possibility of adding an additional shuttle stop near the Clairmont parking lot at the Oregon City campus due to the construction activity shutting down sections of the large Barlow parking lot.

With the construction taking away parking options for students, and the Clairmont parking lot being located far from many other campus buildings and facilities, the shuttle would prevent students from having to take long walks in the rain, and help prevent them from being late to class. The proposed shuttle extension would likely run between Clairmont and the current shuttle stop located by Roger Rook and the Community Center.

For students who need other transportation alternatives and don’t live near the shuttle stops, they can purchase TriMet passes at the Oregon City campus bookstore, although Golden advises to use the shuttle if possible.

“From what kids are telling me, it takes roughly an hour on TriMet because you have all the stops, versus 15 minutes on my shuttle,” said Golden.

If the shuttle is not an option, with proof of enrollment, students will receive a 10 percent discount on their TriMet passes, which includes access to both TriMet’s bus system and MAX light rail.

An updated shuttle schedule can be found in the community center at the Oregon City campus for more information. You can also visit www.clackamas.edu/transportation to view shuttle times. For those who have questions and concerns for Norman, they can contact him via email at: luke.norman@clackamas.edu. 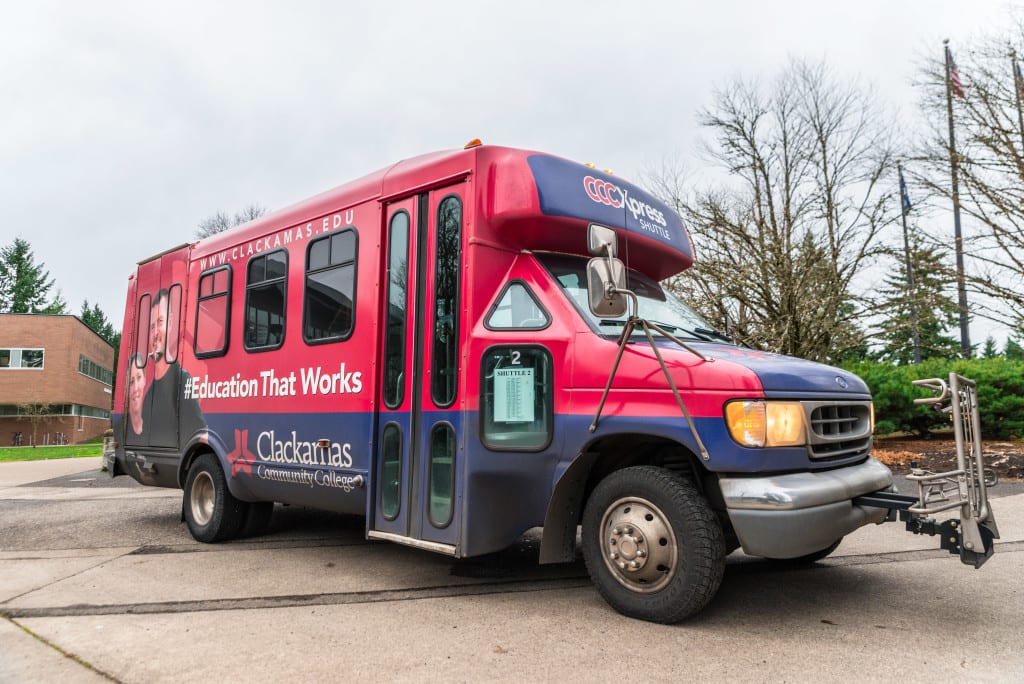