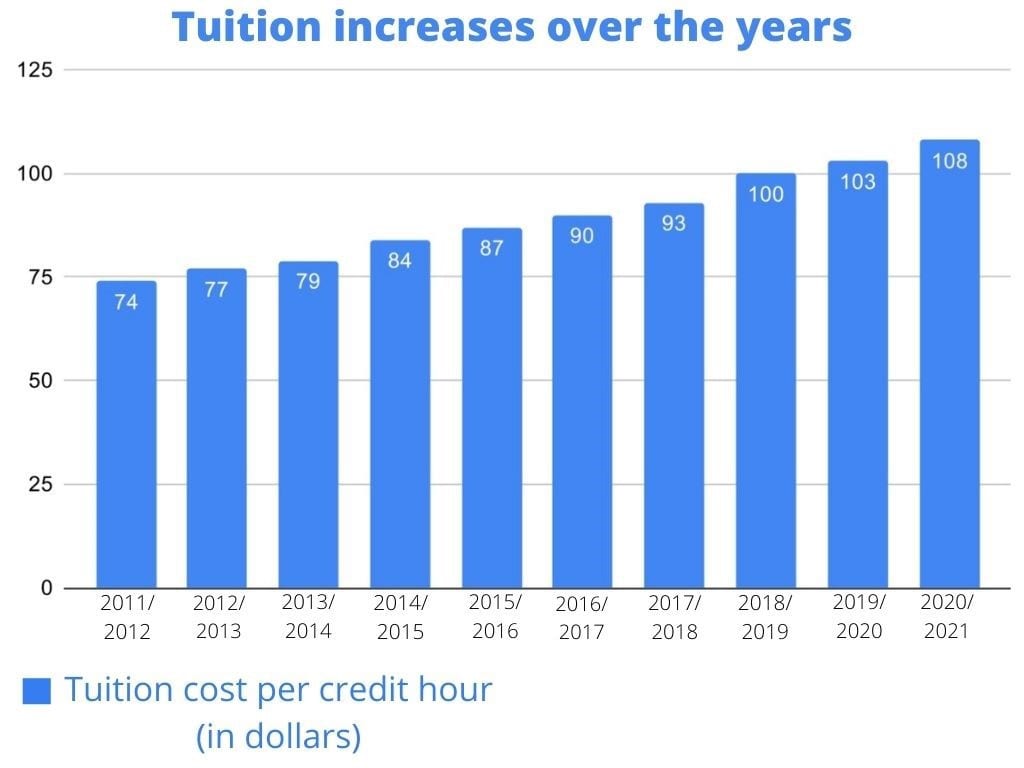 College administrators proposed a $5 increase to tuition, per credit hour during the Feb. 23 CCC Board of Education meeting. Administrators said a proposed $5 increase would help a decrease in student registration and budget shortfalls.

According to Alissa Mahar, Vice President of College Services, if the tuition increase were to pass, the college would still remain well below the tuition and fee costs for community colleges in the Portland metro area, and still have one of the lowest tuition rates within the state of Oregon.

Dave Hunt, a member of the Board of Education, expressed concerns about raising the cost of tuition. During the meeting, he said, “The metric for me (is) what is affordable for our students, which looks much more like what is keeping pace with their increase in assets.” He said later, “Especially in a year like this, $5 seems like too much.”

Terrie Sanne, the interim director for Financial Aid and Scholarships later addressed questions about whether financial aid could cover the increase in tuition. She confirmed that between increases in the Pell Grant, Supplemental Educational Opportunity Aid, and other emergency funds would “backfill any increase.”

If the increase is approved, the cost of one four-credit class will go up from $432 to $452. For a full time student taking a load of 12 credits, the increase would be $60 per term.

The final decision on an increase in tuition will be made by the Board of Education in March.

Joseph Lohmolder is the News Editor for the Clackamas Print. and was raised in Oregon. He has been on staff at The Clackamas Print, and has a member of the Digital Media Communications program since the fall of 2020. In his free time, Joseph enjoys writing and taking photos.