Spring term is almost over at Clackamas Community College and the Associated Student Government elections are in progress.

Jairo Rodriguez and Daniel Romero-Vasquez have served as ASG president and vice president, for the past year.

The candidates for 2018-’19 ASG president are Francia Lockerby, a current ASG grand senator, and Duncan Garcia, a current officer of grants.

There are currently no candidates for the position of vice president. A write-in candidate can be elected to assume the position, assuming they fulfill all of the criteria set by the ASG CCC constitution and bylaws.

Voting for the president and vice president positions began on Sunday and will close on Friday at 4 p.m.

Winners will be announced May 7.

Candidates for these positions must have served in ASG before, and gathered student signatures before qualifying to run the race. The election itself is organized by the current vice president, but candidates must promote themselves to students and encourage students to vote.

Carrera has known Rodriguez since joining ASG, and saw him go from being a director of the Multicultural Center to being the ASG president.

“He really makes it a goal of his to advocate for students and represent the students’ voice,” Carrera said. “That’s what being the president is all about.”

Rodriguez originally didn’t want the position of president when he ran first in 2016.

“I felt that it would bring all the attention to me, and I don’t like being the center of attention,” Rodriguez said. “Once I knew that no one was going to run for the position, I felt obligated to take on the responsibilities because I strongly felt that ASG does so much for the campus.”

Rodriguez ran for a second year because he knew there was still work to be done.

The president essentially decides the priorities for ASG, who are utilized by CCC to provide a student perspective on decisions that happen on campus, Rodriguez said.

“It seems as though many [students] do not want to participate, and I think that’s one thing I wish I could’ve figured out why,” Rodriguez said.

Carrera thinks Romero-Vasquez did a great job as the ASG vice president this year.

“I saw him go from the process of actually being hired by ASG, to running for vice president, being vice president and now coming to the end of his term,” said Carrera. “I’m really happy with the way he’s grown and developed as a person and really grown into the position of VP.”

Being the ASG vice president means being involved in the innermost workings of ASG.

“Because the VP is directly in charge of the hiring procedures, and is a lot more involved with the internal matters of the ASG CCC office, ASG members often approach me when they have any questions or concerns that relate to the goals of ASG,” Romero-Vasquez said.

Overseeing day-to-day activities is a huge part of the job of the vice president, said Carerra.

“It’s a lot of nitty-gritty stuff that we have to do, whether it be paperwork, or just making sure an event goes as planned,” Carrera said.

Justin Boettcher, ASG Senator of Campus Affairs, thinks ASG has accomplished a lot over the past year, and that they have grown as a team.

“We work well together, we don’t have any disputes,” Boettcher said. “There’s always, like, a hovering smile in the office.”

“I hope the candidates for the positions continue to work towards achieving the goals and continue building upon the foundations the ASG team has set this year,” Romero-Vasquez said. 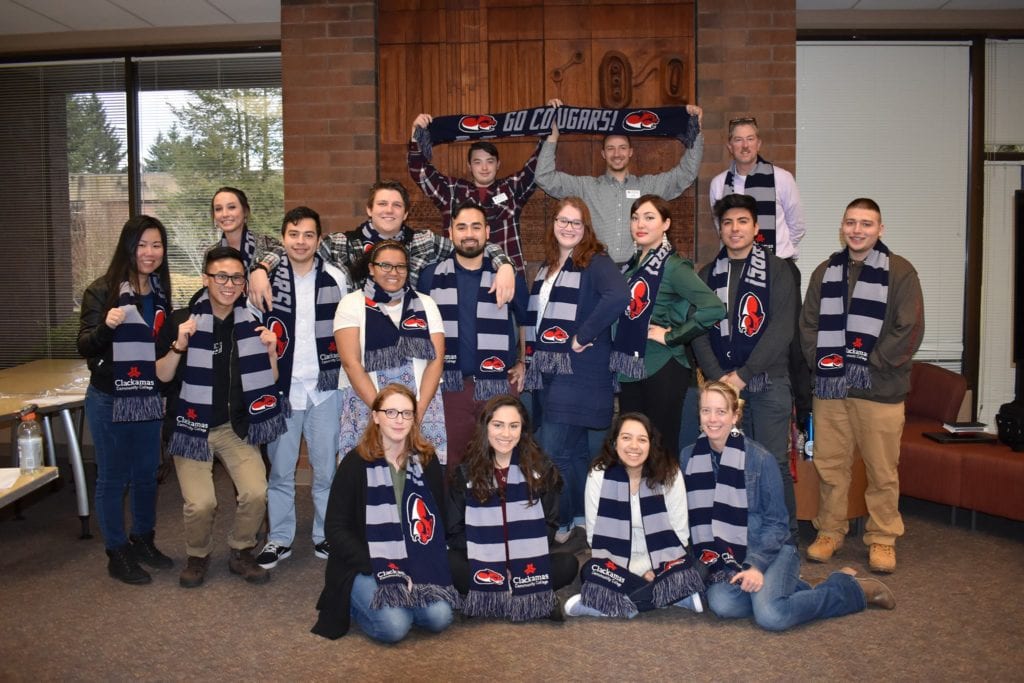