Across Clackamas Community College, students and teachers are most likely staring at a loading screen on their computers right now.

Currently, the college is a mix of wired and wireless networks, but both seem to be causing students and staff problems.

Students who bring their own phones and computers connect to the campus’ Wi-Fi, whereas college owned equipment is a mix of wired or wireless.

Though some of the access points were updated, many of the older ones remain. The older access points are weighed down, and though it may appear like your device is connected to the internet, it’s not.

Kaleb Posey, a computer science student, said, “It’s good. At times it seems like hit or miss. It depends on the building too. Some buildings are better than others. They have better infrastructure or maybe newer technology is put in, or it’s just maybe less used. But overall it’s pretty decent for being free access for all of us around here.”

In March the IT department is replacing some of the old controllers with the new, faster Cisco 55-20. The new system will contain a backup controller for each main controller.

“If one controller fails, the other one picks it up,” said Gates.

Wi-Fi isn’t the only technical problem at CCC. Computers are slow to boot up and shut down. Amanda Coffey, an English instructor, said, “It takes us 10 minutes to shutdown a computer and 10 minutes to boot it up. That’s 20 minutes of class time.”

For shorter classes, that is almost a fourth of class time wasted. However, this may not be due to faulty network connections, but rather dated equipment. Students in one of Coffey’s film classes prepared visual projects worth 15 percent of their grade, which required access to the campus network.

“It was a film class, and the students were presenting theoretical analyses of a minimum of two scenes,” Coffey said. Because of the computer problems, Coffey’s students couldn’t show the film clips and instead had to explain the visual context of their video clips because the Internet websites would either remain buffering, or fail to load at all.

“The students were using mostly Google presentations with links to short clips on YouTube — or they were toggling between a slide presentation and a DVD. These seem like basic functions and it surprises me that these simple tasks would bring a desktop to its knees,” Coffey said.

Ryan Davis, an English and writing instructor, noted projector issues being the most prominent in his classes. “Projectors come and they go and they work for a little while, then they don’t work. Often times it’s a bad bulb, or bad connection, but it seems to be happening a lot more this term than other terms.

Matthew Warren, an English instructor, noted that, “Aside from Wi-Fi not working in the back corner of our office hall in Roger Rook, especially in the mornings for some reason, I and others have experienced projectors going out (“no signal” messages) or simply not working in multiple rooms and buildings, including the Training Center, Randall and Barlow classrooms.”

There are many variables that could affect the access point from effectively sending a signal. For example, access points are designed to send signals in certain directions and if you’re in the opposite direction or too far away from the access point, your signal could be weakened. This could be the cause of the slow connections these students and instructors are experiencing. 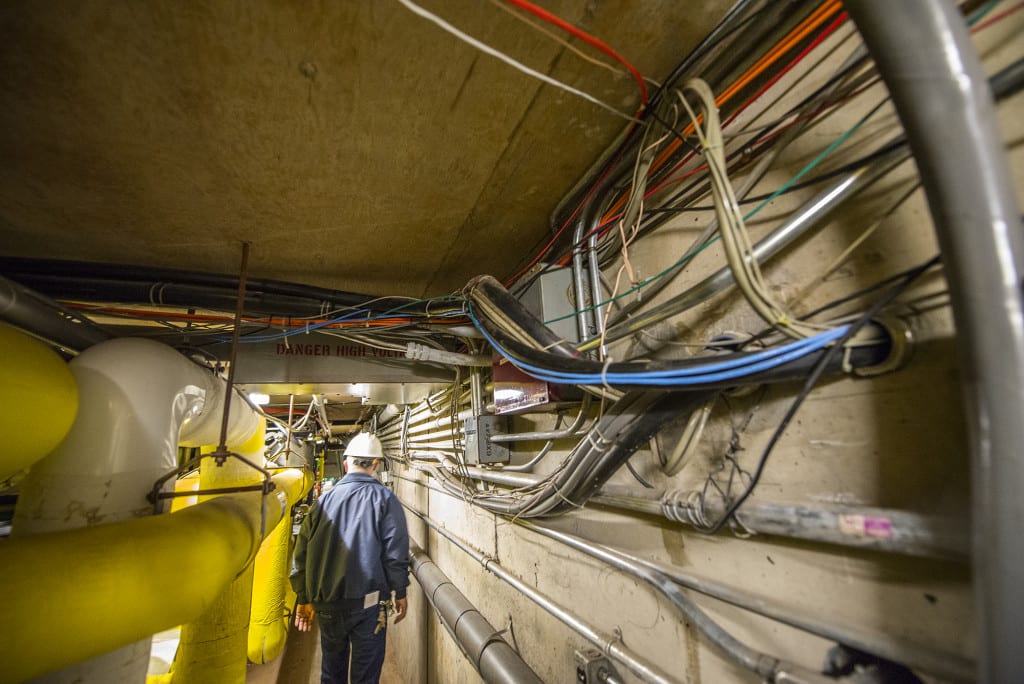