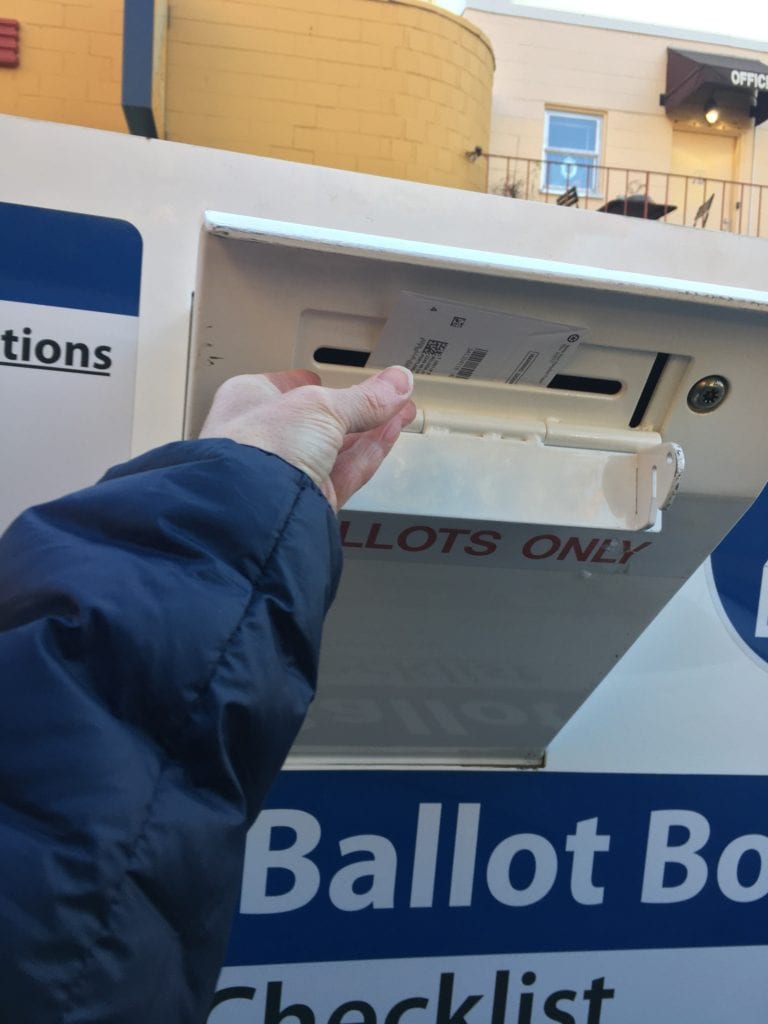 On election day, did you know where your ballot box was? If you are looked on the Clackamas Community College Oregon City campus, you didn’t find it. According to Lori Hall, Executive Director of College Relations and Marketing, the ballot box was removed last year. The Clackamas County Elections department said that the ballot box was removed and not replaced primarily because the location wasn’t easily accessible and it was not used very much. Andrew Jones, Clackamas County Elections Manager, said that on average, the county collected less than 1,000 ballots from the Oregon City campus during an election. In contrast, at the main election office, they collect that many ballots in a single day. Although 1,000 ballots seems to be a good number of returns from college voters, in the overall scheme of things, making it easily available to the public in addition to students, seemed to be the main priority. Last year, Clackamas County updated its ballot boxes throughout the county and many boxes were removed. The county website says the new ballot boxes bring improvements in a number of areas including enhanced security, and increased capacity. In addition, they have improved visibility: flag holders are attached to each box. This allows each box to be equipped with an American flag while the election period is open. This makes each box easily visible to any voter looking for them, and provides a reminder to residents to vote. The new boxes are designed to be ADA compliant and will be available to the public 24/7 during an election which will improve accessibility. Many boxes are positioned to allow voters to drive up to the ballot box and deposit their ballot without exiting their vehicle. This is another feature that the elections department said was part of the reason a ballot box was not put back on the campus for this November’s election. Another reason the ballot box on the Oregon City campus was not replaced was due to the DeJardin Hall construction that was happening during summer and made access to the front of the building more difficult, Jones said. Since additional construction will be starting in the winter on the Oregon City campus, it didn’t make sense to the college or the county to put a new box on campus at this time, Jones said. The county is willing to entertain other locations on the campus if they are easily accessible, preferably in the front of the campus and if the college asks.There is a new ballot box on the Harmony Campus at 7738 SE Harmony Rd, Milwaukie. Official Ballot Drop Sites in Clackamas County are available to the public 24 hours a day from the day ballots are mailed (20 days before) until 8 p.m. on Election Day. The drop site closest to the Oregon City campus is the Clackamas County Elections office at 1710 Red Soils Ct., Suite 100 in Oregon City. Oregon is an elections-by-mail state but a voter can still vote on Election Days at his or her local municipal clerk’s office between 7 a.m. to 8 p.m. Pacific Time. If you are a new voter to the State of Oregon, you must register at least 21 days before the election you want to vote in. To register to vote in Oregon, you must be: A U.S. citizen, a resident of Oregon and at least 16 years old. If you are not yet 18 years of age, you will not receive a ballot until an election occurs on or after your 18th birthday. Residents may register to vote at any county election office, the office of the Secretary of State, any DMV office, or by downloading the registration form and sending it to a county election office. Your ballot must be received by Clackamas County Elections or an official ballot drop box no later than 8 p.m. on the day of any election, and the postmark does not count.