The 37th annual Clackamas Regional Skills Competition brought high school students with different skills and motivations from across the county to Clackamas Community College to compete in their different skill sets.

“It’s great to see so many young people passionate about what they do,” said Joe Peterson, a student at CCC.

Matthew Altman, the Associate Dean of Arts and Sciences, said the purpose of the Skills Competition is to bring out the “community” in community college. It appears they have done just that, with more than a dozen schools represented in the competition.
All around the CCC campus, it seemed that each student had a different thing that motivated them to come to the competition.
“We came here to learn about the CCC programs and do what we love,” said Blake Hawes of the Sabin-Schellenburg Center.
He and his friends Jeremiah Schultz and Renee Kuzmeto competed in the broadcast/digital media competition.

Corbett Lindsey of Lakeridge High school said, “Honestly, the only reason I’m here is because my class is going to Five Guys after the competition.” His friend, Harrison Groves, who was competing in the art competition, said that it’s pretty fun to get together, make stuff and just see what happens.

Across the campus at the Training Center, the welding competition was taking place.

There, Sue Caldera, the woman in charge of the welding competition, told of the turnout this year: “This year we have 26 students competing in the advanced welding division. It is very exciting to have such a big turnout.”

Clackamas High School’s Torin Walhood, who has four years of welding experience, said, “I like welding because it is challenging and I like working with my hands.”

Amber Herman, a sophomore from Sandy High School, said that she just started welding last year. When asked of her motivation to compete at the Skills Competition, Herman simply said, “Welding is fun.”

Whether it was for free burgers, or because they had a passion for what they were doing, every person had their own motivation for competing in this year’s skills competition.

“It’s great to see so many students each with their own perspective and niche,” said Robert Frische, a student at CCC studying for his AAS of welding. Whoever wins or loses these competitions, all that matters is the fact that the students cared enough to come and show their skills to the world. 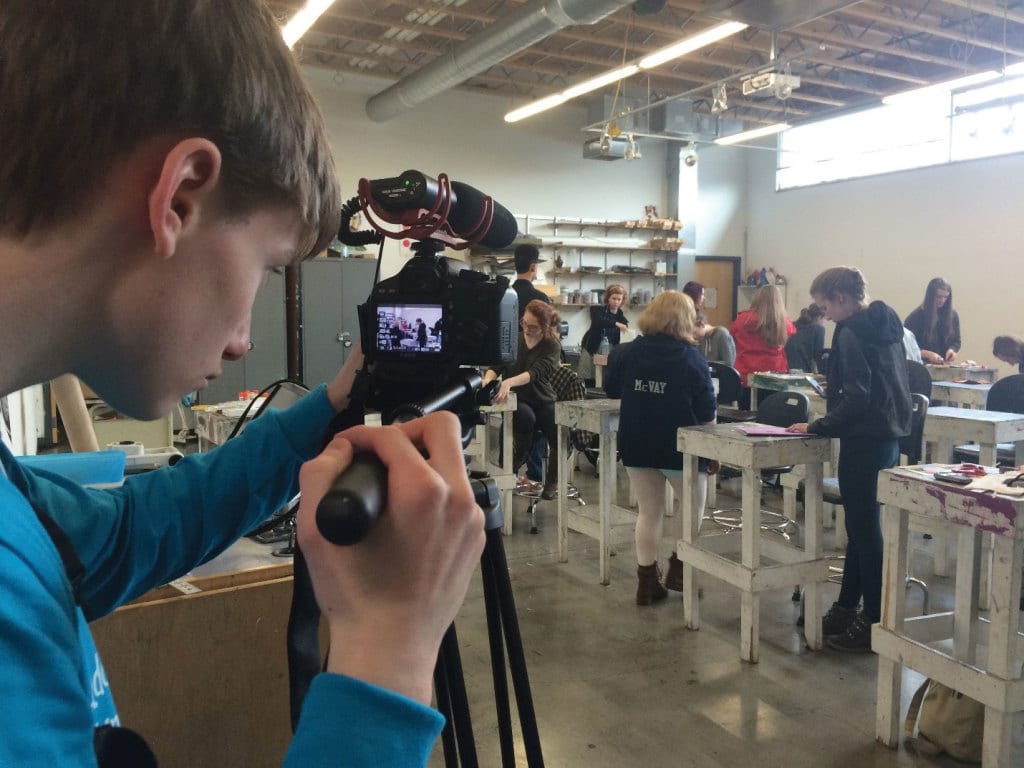