Holiday commemorates the end of slavery

Holidays are, when you get right down to it, cultural stories handed down from one generation to the next. The things people celebrate, the things they honor, explain what they value. 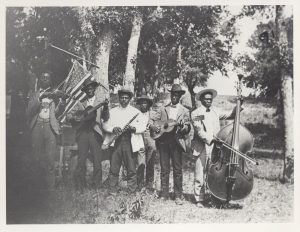 Juneteenth celebrates the last slaves emancipated, or freed, by US Troops during the civil war.

“The United States government never recognized the independence of the Confederacy,” said Stewart King, instructor professor at CCC. “They never had any formal diplomatic relations or anything like that. The idea was that these were rebels and this territory, these states, these people are still American. And so we’ll accept the surrender of rebel soldiers but not negotiate anything with the government of the Confederacy.”

“The last holdouts were in Texas, which shouldn’t surprise anyone that knows anything about Texas,” said King, “The Union army took a long time to get down there, into the middle of June, right, so April was Lee’s surrender at Appomattox and it took about two months to sort of wrap everything up.”

Over 150 years later that holiday, celebrating emancipation and freedom, has grown beyond Texas and become a national holiday, being signed into law by President Joe Biden in June of 2021.

In April 2022 the Clackamas Community College Board recognized Juneteenth as a paid holiday for employees.

“We really wanted it not to be just another day off,” said  CCC President Tim Cook, “but really for people to understand what this day is about.”

Cook could have proclaimed Juneteenth on his own.

“This wasn’t a board decision, this was a campus decision so the board didn’t have to weigh in on it,” said Cook. “Because of our community and the importance of our board, and their role, we wanted them to have a part in this. And of course, they were very eager to support the proclamation.”

Last year, before official college recognition, CCC partnered with other agencies and groups for a Juneteenth event at the Oregon City Library.

“We were supporting it with the thought that, in the future, we would share in a celebration on campus,” said Cook. “We wanted to start something we could build on.”

This year, the college is ready for Juneteenth and more.

“We’re calling it a community connection celebration. It’s not just Juneteenth, we’re combining it with Pride month in June, blending the Juneteenth celebration, the African American celebration of the end of slavery, with Pride.” Said Cook.

We’re really trying to do what we can to have people really understand and celebrate some of the things we’re doing.”

“I’d like to see us be more engaged and have more opportunities for people to learn and really appreciate what’s going on with these activities,” said Cook.

If you want to find out for yourself you can head down to campus on June 17 for Summer Connections, from 5:30 – 7:30 p.m. in the Gregory Forum on the Oregon City campus. This is a free, family-friendly event with food, entertainment, and more. Or so says their marketing material.

Whatever you do on Juneteenth adding a bit of learning about the history, and the current state of things, is never a bad idea. Even if you aren’t a college president.