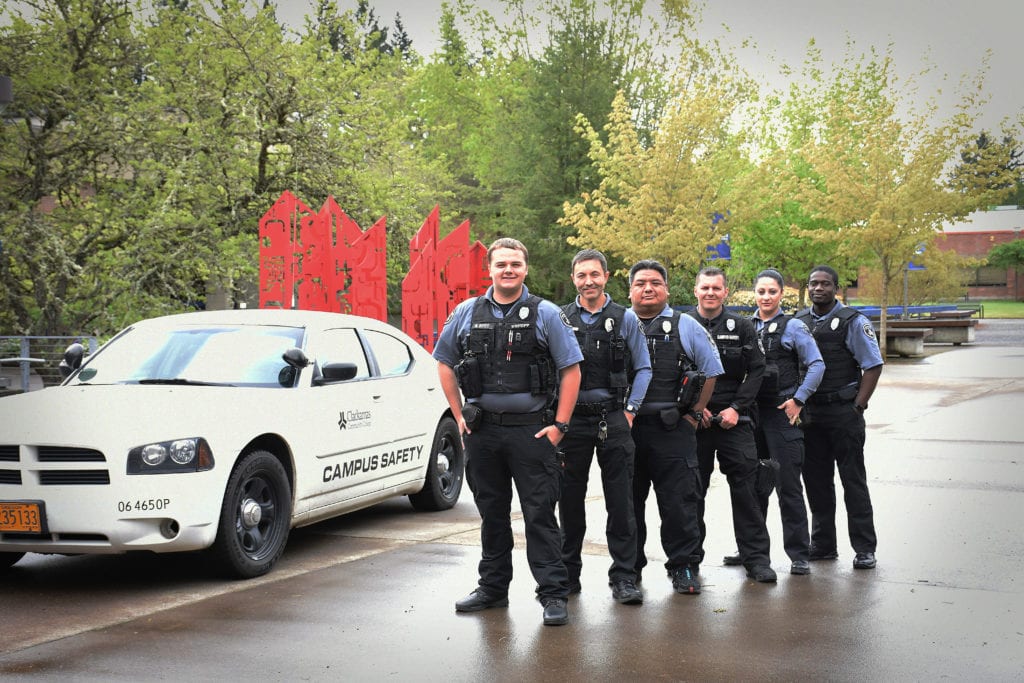 In today’s world, you don’t have to look far to find turmoil. It is reported through news outlets every day. Whether the number of tragic events occurring has risen or we are simply more aware of them due to our ability to broadcast information so much more easily, it can sometimes seem more unusual to make it through a week without hearing about the most recent attack or accident.

Despite this, due to the more peaceful climate that typically surrounds the Portland area, we can sometimes feel removed from these events, as if they are a world away. This can cause us to forget the importance of proper security. When something does happen, such as the MAX assault that took place on May 26, it comes as a shock, yanking us back to reality.

Luckily, those responsible for our safety on campus are diligent and are always searching for the best ways to keep our campus safe. With this goal in mind, the school is currently working with the Oregon City Police Department to create a new position on campus.

According to Shaun Davis, an OCPD captain, the position, called the college resource officer, or CRO, would be similar to the resource officers found in some high schools in the area, acting as a liaison between Clackamas Community College and the police department.

“Besides responding to calls/reports and enforcing Oregon law on all three campuses,” said Davis, “the CRO would work closely with the director of college safety along with the security officers to ensure safety and security to CCC.”

Wendi Babst, the interim director of college safety, also said that the officer could potentially be part of the emergency planning that takes place at the college. Currently, the college is working on tabletop exercises, disaster planning and threat assessment, all of which the resource officer could help with.

When instated, the CRO would split his or her time between all of CCC’s campuses, working four days a week for 10 hours a day. Though they would primarily work during the day, they would be able to shift the hours that they work to suit the needs of the school.

“Since the [Oregon City] campus is the largest and most of the faculty is at the OC campus,” said Davis, “the CRO will probably spend a larger percentage of time at this campus.”

Pete Kandratieff, the interim manager of campus safety, agreed that having a CRO on campus would help keep the campus safe.

In a world where violence is becoming increasingly visible, whether the occurrence of violence is increasing or simply that we are more aware of the world around us, the importance of safety cannot be understated. Though the campus safety department does an excellent job, as they are today, this new position will help secure our campus even further.