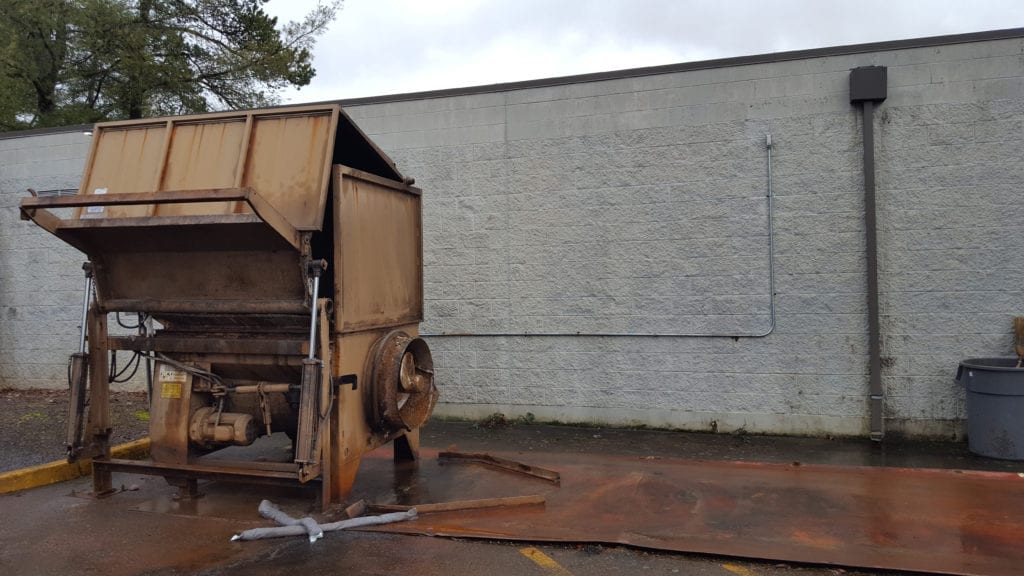 The dumpster was removed, and the trash compactor was disconnected.

DEQ would not elaborate on the investigation, saying the matter is ongoing.

But the college was required to fix a second matter: letting trash seep out of old dumpsters behind the community center and into the storm water system around the college.

“You guys generate and collect hazardous waste … I was at the college to oversee that,” said Collins. During his inspection, Collins noticed a leak starting at the trash compactor and dumpster leading to a clogged storm drain behind the Community Center.

On Feb. 1, Kennedy visited the college and took pictures of the staining and the clogged storm drain. He confirmed that the college was violating two laws: not allowing waters to be polluted and for a commercial establishment discharging waste into waters.

Kennedy contacted Bob Cochran, dean of campus services, to let him know of the violations and notify him that a temporary fix was needed by Feb. 3 and a permanent fix by Feb. 10.

“We had been planning to move the compactor over to this yard [Niemeyer Center] for a long time because it just doesn’t belong there. It’s a bad place for it,” said Cochran.

The dumpster has caused problems for the college before. In the summer of 2016, the college purchased a new dumpster to replace one with a crack in it. The cause of the more recent leak was a broken seal.

On Feb. 6, the compactor was removed from behind the Community Center and relocated to Niemeyer Center. It is no longer in use; instead Oregon City Garbage Company is picking up all trash directly.

The college has not been fined for these violations.