Walking into the warm atmosphere of the Clackamas Community College community center, you can see the doors for both the Army Strong community center and the Veteran’s Service building that has been a source of hope and relief for the people who have given the most.

Veteran’s Service specifically helps veterans in CCC with school. The Army Strong facility is a charitable service dedicated to veterans in general. The Military Times, a major military publication, printed a list of the best two-year schools in the west for vets. Clackamas Community College was No. 4 in the nation. This Army Strong was the first ASCC (Army Service Component Command) opened west of the Mississippi River. But right now, the lights are off in the Army Strong’s window and there’s no sign of life.

This office is currently closed to any public hospitality. With Veterans Day here, should the college community expect this service to be up and running?

Nicholas Hadley, a veteran and student who works at the Veterans Service, said, “No. Not at all.”

Hadley explained that the Army Strong Community Center is closed due to change in management. The new manager, William Burkhalter, will be beginning his new job as a Family Readiness and Support Coordinator on Nov. 16. Burkhalter said the position was coming up open.

“I was invited to apply, and I did,” said Burkhalter. He has taken over after Annie Crawford, the previous coordinator, who left for another job. Burkhalter said that there were no negative feelings that caused Crawford to leave. In an interview, he said she was very excited for her new position, but sad to leave Army Strong. The facility has the flexibility to be closed, Hadley said.

“It’s a service. It’s not something that is expected that the school has to have. It’s more charity. It’s something we’re lucky to have. People shouldn’t be mad that it’s not open. “It’s a service provided through multiple other military services to help vets and families transition though civil life,” said Hadley. “For example, help with taking care of bills. If someone has an electricity or water bill due they can’t afford, they have services, they can contact to give them grants or donations to help them out.”

“They aren’t specifically from school,” Hadley explained. “So it’s ran through [anonymous] organizations.” He further mentions there are a bunch of different connections through Portland and Oregon to help.

Army Strong has been a helping hand for the vets in our college. Maybe that’s why CCC has received No. 4 in the nation for best school to aid vets.

“Today, we had great news,” said Lori Hall in an interview. She was referring to the publication about CCC’s shining ranking from the “Military Times.”

“That’s the big news for us today, and is just in time for Veterans Day,” said Hall.

A poll was published recently about which two-year colleges were top picks for veterans in 2016. When asked about how this came about, Hall said, “You have to fill out a 126 questions survey. They use that and they use your rankings within financial aid and all the services that the colleges provide. 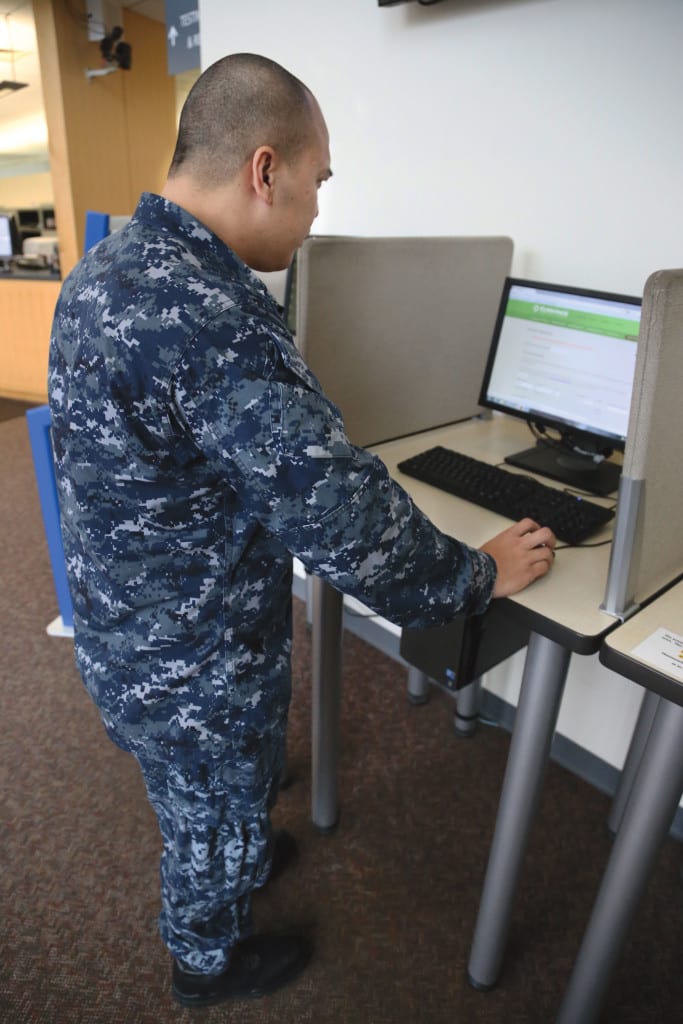