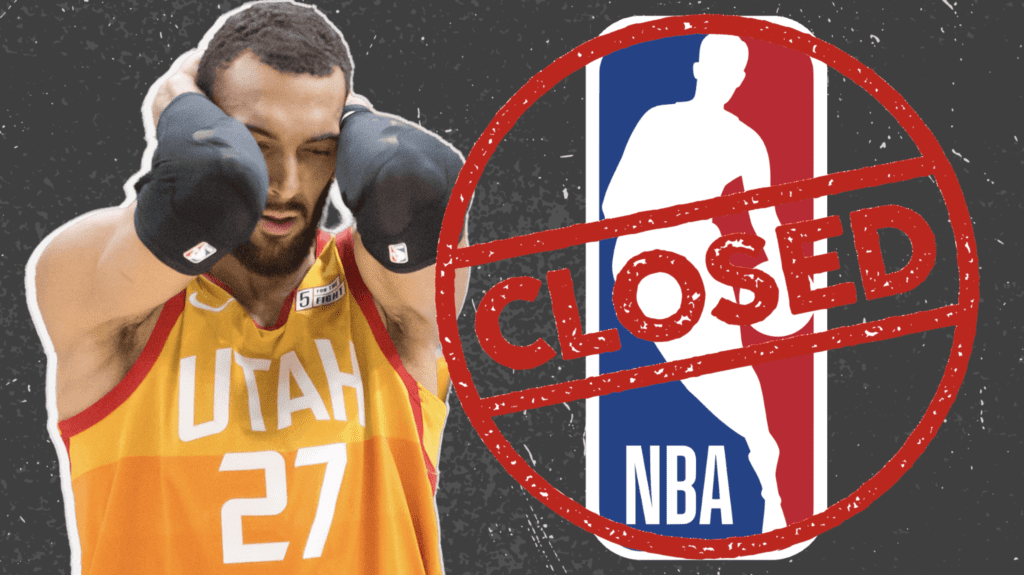 From the Division I men’s and women’s March Madness basketball tournaments all the way down to high school athletics, sporting events all across the country are getting cancelled.

Once Rudy Gobert, starting center for the NBA’s Utah Jazz, tested positive for COVID-19 on Wednesday, March 11, it had a sweeping effect across the United States. The Jazz game against the Oklahoma City Thunder got cancelled right before tip off with the stands full of booing fans.

The Sacramento Kings and New Orleans Pelicans cancelled their Wednesday night game, and the NBA has postponed its season, as well as the MLS and NHL. The NFL and MLB are both postponing spring activities. The Athletic Coast Conference, a Power 5 conference with teams such as the Duke Blue Devils and the North Carolina Tar Heels, announced they are suspending all athletic related completions due to the spread of COVID-19.

Gobert and Jazz guard Donovan Mitchell were both feeling well enough to play, with Mitchell even taking the floor for warm ups before testing positive for COVID-19. This is the worry for everyone from the NCAA. If someone who is feeling fine plays, and then tests positive, it would be horrendous and the NCAA would face enormous backlash. After all the Power 5 conferences, along with the majority of mid major conferences, the NCAA, along with the National Junior College Association, chose to cancel or postpone their tournaments. The Northwest Athletic Conference would soon follow suit, cancelling the men’s and women’s basketball tournaments that were to be hosted by Clackamas and Linn Benton the weekend of March 12-15.

As unprecedented as these moves are, South Puget Sound Community College coach Andrew Green said about the cancellation, “I think we had some context too. It’s probably not surprising. I think we’re still processing that (cancellation). It’s very fresh. We’re just coming off of our win. We literally got off the floor an hour and a half ago. So we’re still trying to be happy about our win. We’ve said all along that a decision could be made and we’re just gonna go with whatever the people in charge go with and that’s out of our control. We’re just gonna be happy that we’re down here and having a good experience.”

As unfortunate as it is to cancel major events across the country, it is a necessary step to prevent the spread of COVID-19.