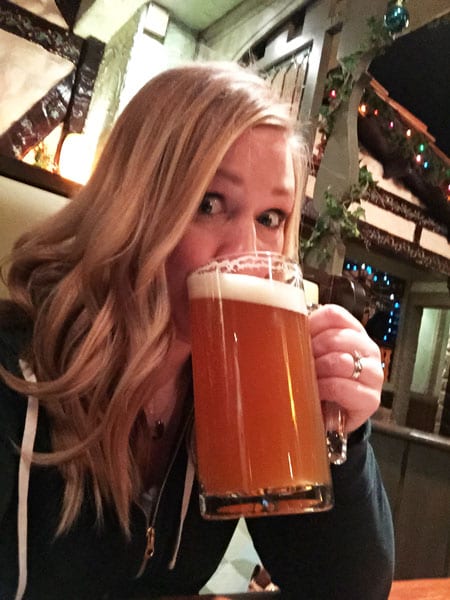 Accordion music resounded throughout the restaurant, the sound of drunken laughter exploded from the table beside us, a child danced as her family celebrated in the room ahead of us, and I lamented over fondue and hefeweizen because it was my last visit to Der Rheinlander.

Portland’s beloved German restaurant closed at the end of 2016 after more than 50 years in business. Der Rheinlander went out with a bang, celebrating their last day open and their many years in service with a New Year’s Eve celebration, which was open to the public.

Guten Foods, the owner of Der Rheinlander, sold the NE Sandy Boulevard building to Portland-based property developer Venerable Properties, according to a press release. The sale closed in September of 2016.

The news came as a shock to many, who, like me, count the restaurant as a favorite.

I grew up going there to celebrate family birthdays, and I vividly remember visiting the restaurant for my eighth birthday. Toward the end of our meal, the staff began to gather around our table, the accordion burst out the birthday song and our server huddled in close to serenade me on my special day. My cheeks turned bright red. And I loved every minute of it.

“We have hosted three, and in some cases four generations of customers at Der Rheinlander,” Guten Foods CEO Suzeanne Mager said, according to the release.

Since the announcement, Der Rheinlander lovers came out of the woodwork, and the restaurant was hopping with visitors in its last months. In the last week, for a table of two, there were only two time slots available when I called to make a reservation.

“Everybody is just coming in for that one last time,” said server Kyla Bouts.

Der Rheinlander had evolved over the years since the founding chef, Horst Mager, whom their website deems “Portland’s original celebrity chef,” first opened the restaurant in 1963. His daughter Suzeanne purchased Guten Foods in the 1990s.

In the past, singing was a part of the application process for servers. But Bouts explained that in the end, this was no longer a requirement since singing servers were harder to come by than the usual kind.

According to a Venerable Properties blog post written by Carolyn Pantier, the developer will begin construction in the spring. The new building will be home to the Portland Clinic and will have additional office or retail space available for other tenants.

For long-time Der Rheinlander fans, it’s depressing to imagine people in the building serving up flu shots and vaccines instead of schnitzel and bratwurst. But take heart, their famous fondue will still be readily available in the Portland area. Gustav’s and Gustav’s Bargarten restaurants will continue dishing out delicious German food in Portland, Vancouver, Tigard, Clackamas and Keizer, where Der Rheinlander’s staff members will transfer.

But in order to get that authentic German experience, where people walk around wearing lederhosen and dirndls, Portlanders will have to settle for a once-per-year Oktoberfest celebration somewhere, which won’t be the same.