A perfectly timed set between setter and hitter can produce a point and spark a blazing fire in a team. After 32 years of coaching, Kathie Woods retired when last year’s volleyball season ended.

For assistant coach Sarah Hoeke, the timing was perfect to ascend the roll of head coach for the Clackamas Community College volleyball team. Had the timing been different, Hoeke doesn’t know if she would have applied for the job.

Regardless, if it’s a game or a practice, Hoeke wants her players to have fire on the court. “So I ask them about fire,” said Hoeke. “Where the fire comes from? It comes from within.”

The team also talks about what’s important now. W-I-N. They talk about what they need to individually focus on for the team to succeed. There have been some challenges during Hoeke’s first year as head coach. One being she has a brand new team with only two sophomores, Lindsey Keegan and Hanna Wright. Keegan, along with freshman Cassidy Richardson, are two of Hoeke’s fire starters.

According to Hoeke, once a team starts to mesh, everything else starts to get better, but team meshing takes time. At the start of the team’s first conditioning class over the summer, most of the girls didn’t know each other.

The girls have hung out after practice, volunteered together and some of them are roommates. Hoeke is proud of her team for becoming friends both on and off the court.

The only returner from last year is Keegan. “Everyone on this team, I can say, there’s no clicks and everyone really enjoys each other’s company,” said Keegan. “For how much time we spend together as a team in the gym, we still spend time with each other outside the gym. We don’t get sick of each other.”

“You know, become friends, like a family,” said Christiansen. “You know, we were strangers. It’s been half way through the season and we’ve already become a family.”

From 2000 to 2001, Hoeke played for Woods. Woods’ 32–year coaching legacy left Hoeke with some big shoes to fill but she uses Woods as a model of what a good coach is on the court and off.

Keegan said, “They were both great coaches. Sarah took a lot from Kathie in her coaching style and it’s definitely paid off in how we became as a team.” Age is the only difference between the coaches for Keegan. After a tough loss, Hoeke isn’t the kind of coach to tell her girls they could have done better, said Christiansen.

When there are not enough players, Hoeke will step in to set or hit for the team and help show them the moves they need to do.

“She plays with us,” said Keegan. “[Because] she’s so young, she doesn’t let her youth get in the way with coaching.” “She’s a volleyball player, so she knows what she’s talking about,” said Christiansen.

Hoeke is excited to teach her players the life lessons she learned as a player from Woods like discipline, responsibility, teamwork and 100 percent eff ort in life, not just at the gym.

Christiansen said, “She always pushes us. She wants us to do our best.” Keegan looked up to Hoeke last year when she was an assistant coach.

She didn’t realize it during her time playing for Woods but the traits Woods passed on to her were impactful later on in her life.

Hoeke is also practicing her juggling skills of being a volleyball coach and a mom of a 6-year-old son and a 2-yearold daughter.

“It’s juggling sometimes and sometimes my kids kind of have to be gym rats and that’s what I knew I signed up for when I took the head coaching job,” said Hoeke.

“I knew it was going to be like that.” When she’s at volleyball, Hoeke focuses her mind on volleyball and when at home, she has her focus on home. She has other things going on too like her husband’s job, family, get-togethers, birthdays and other things like that. She said her kids are learning how to be fl exible and be excited about doing things.

“It’s a challenge for me and it’s a fun challenge and I accepted that challenge when I took the job and it’s exciting,” said Hoeke. “It’s a good chapter in life.” 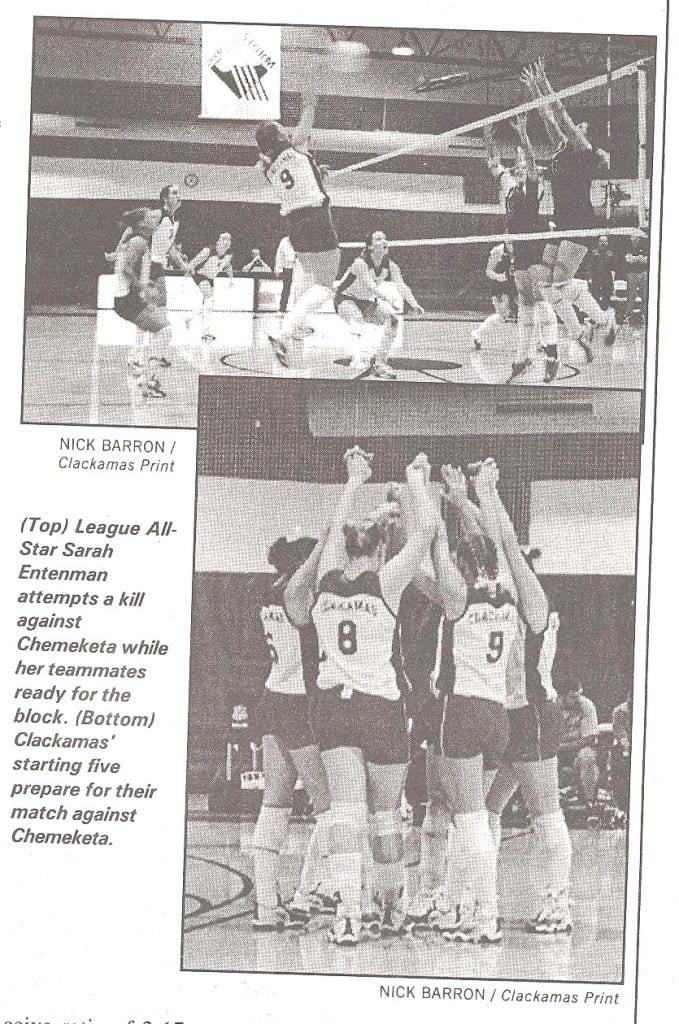 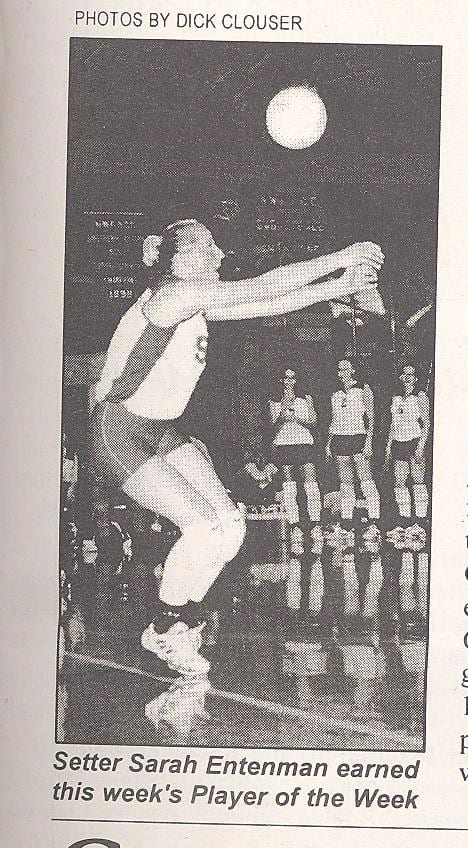 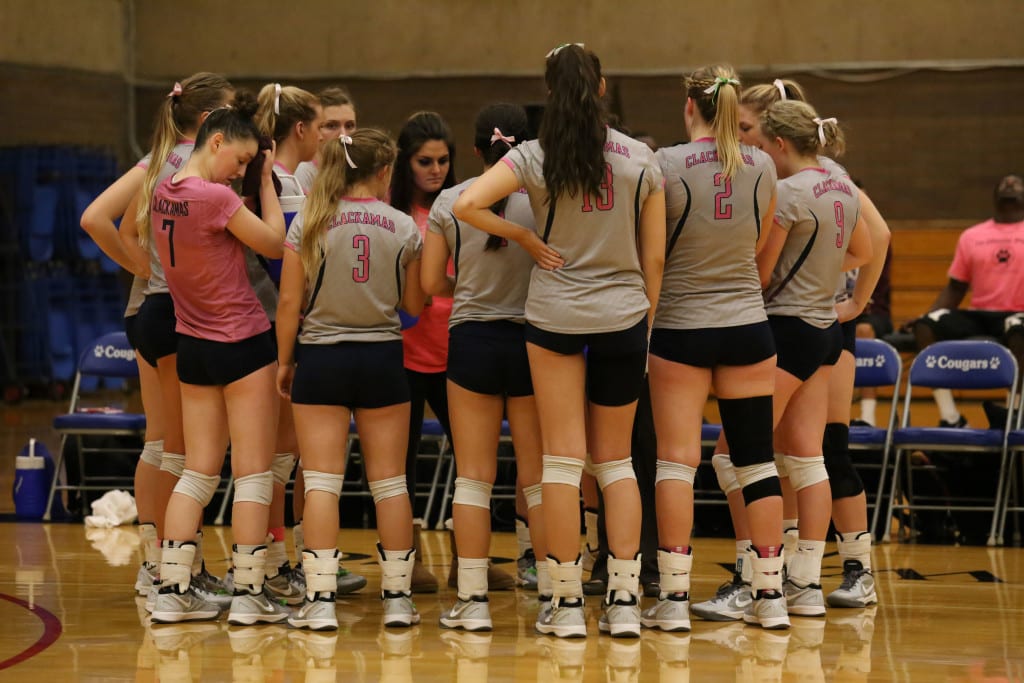 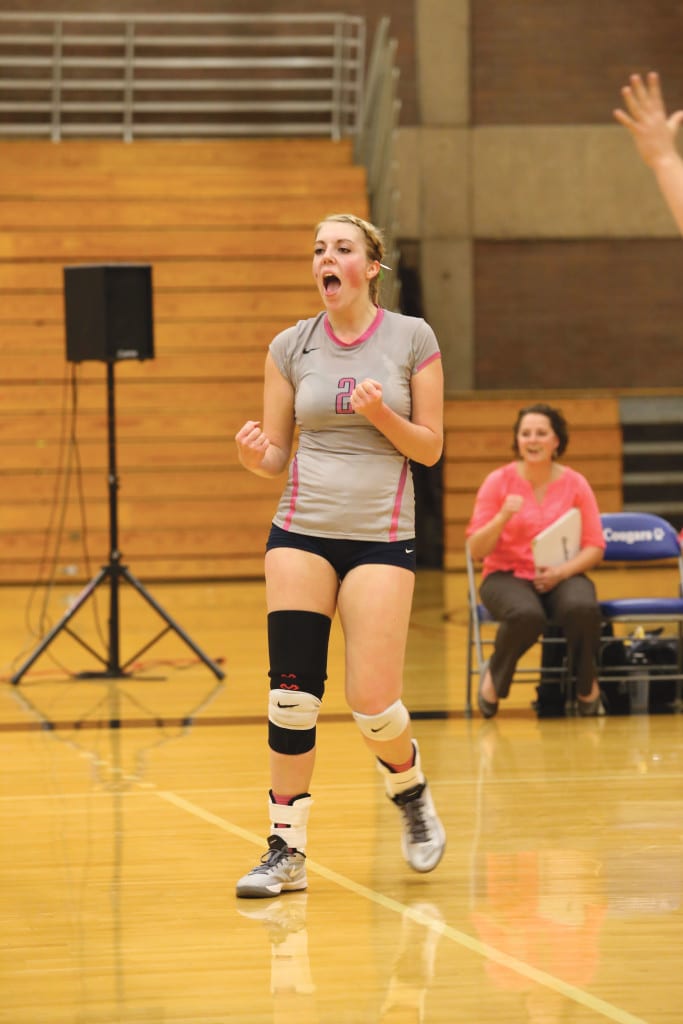 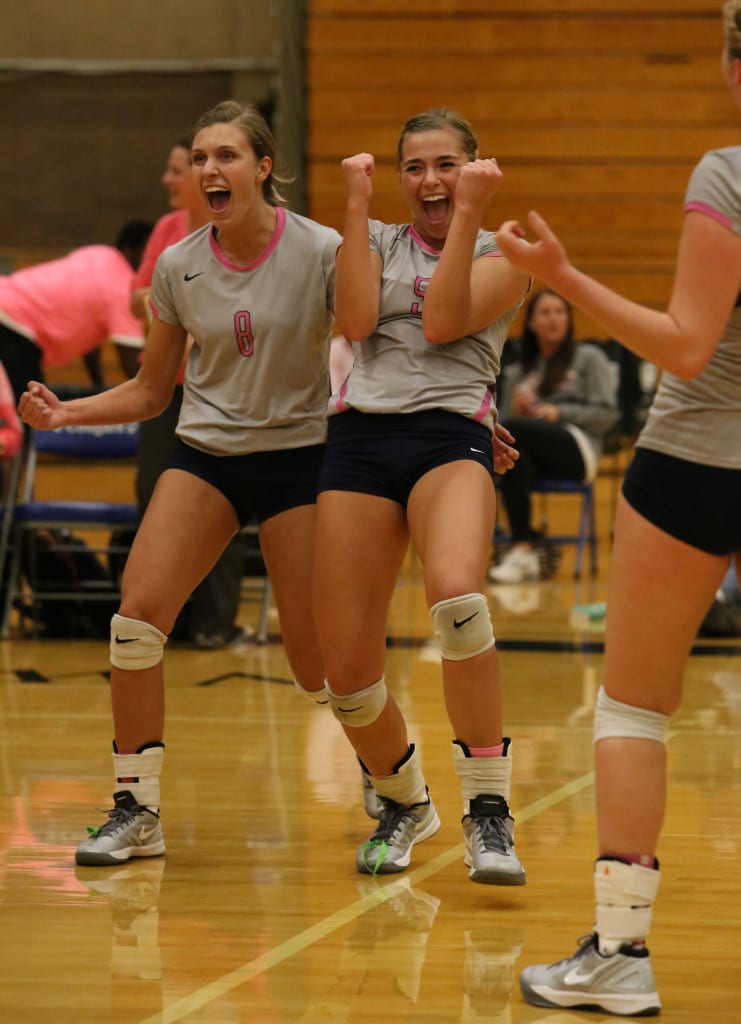 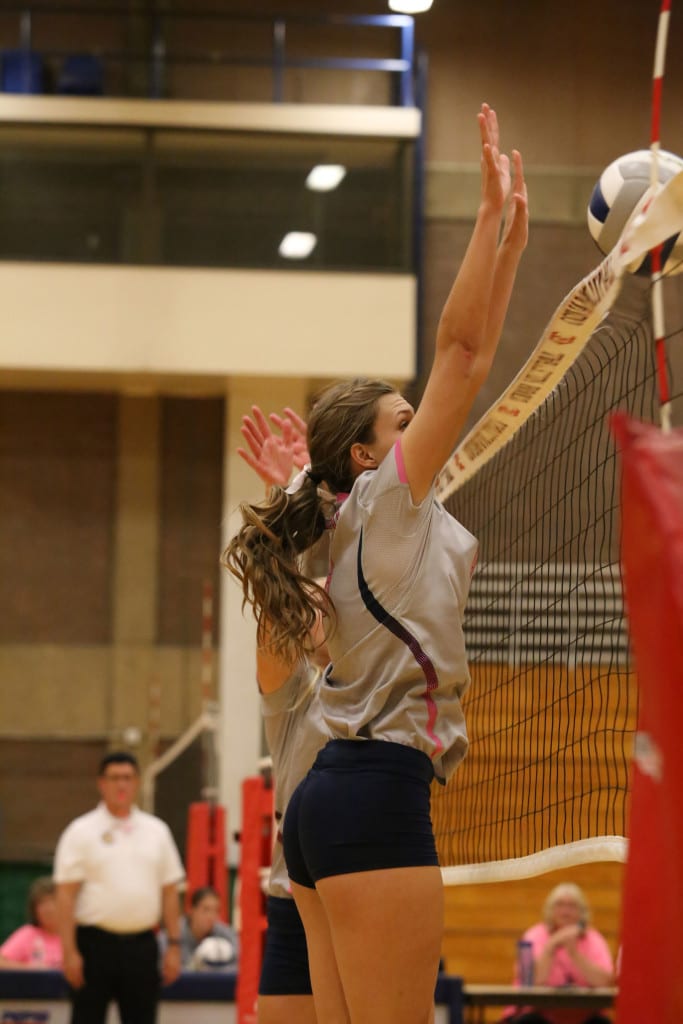