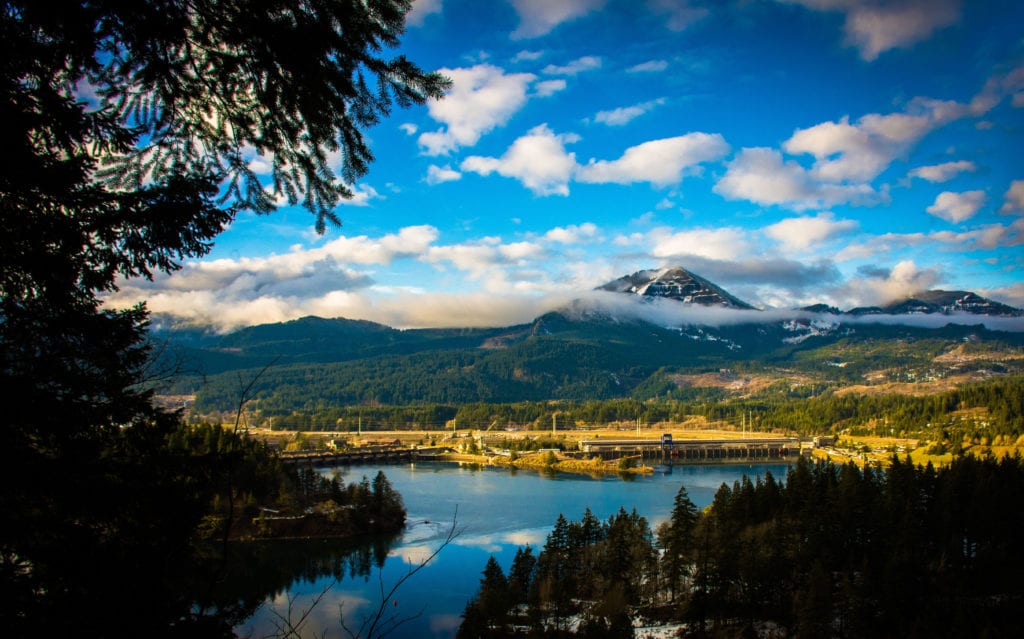 Devastation and tragedy are striking North America with hurricanes, floods and fire.

On Sept. 4 two teenagers went for a hike in the gorge, not realizing that their actions would bring so much devastation to the residences of Oregon.

The suspected teens were supposedly throwing firecrackers off the side of the 200 foot cliff at Punch Bowl Falls when the fire started shortly after around 4:30 p.m. The fire quickly grew from 300 acres to 5,500 overnight.

150 hikers ended up stranded in Cascade Locks when caught between the Eagle Creek Fire and the Indian Fire. They were all rescued and there have been no lives lost according to Steve Berube, a spokesman for the firefighters.

By 5 a.m. on Sept. 5 residents of Corbett were instructed to evacuate as the east side became a level three warning and the majority remained level two, while parts of Troutdale became a level one.

There has been a total of 987 firefighters including the PatRick Environmental team from Redmond, Oregon. There are firefighters and teams helping from other states as well including, New Mexico, Arizona and Oklahoma.

As of Sept. 7, 1,865 residences were evacuated. Red Cross set up two shelters one in Washington, the other at Mt. Hood Community College in Gresham housing around 170 people.

The Eagle Creek Fire joined the Indian Ridge Fire that was already burning in Eastern Oregon, totaling 33,382 acres burned by Sept. 7. This quickly became one of the largest wildfires in the area since 1902 when Yacolt, Washington went up in flames with 170,000 acres burned including parts of Oregon.

The Eagle Creek Fire has been mainly contained to Oregon, but did start a 258 acre fire, known as the Archer fire in Washington.

As of Sept. 17, the fire grew to 43,387 acres from Bridal Veil falls to Shell rock mountain and is 32 percent contained. According to Rick Miller, a spokesman for the Eagle Creek fire, the Archer Fire hasn’t grown and hasn’t shown any smoke, so that fire is looking really good.

“Everyone is going to want to come see [the damage], just be patient,” said Gates.

As of Sept. 19, Interstate 84 is still closed from exit 17 in Troutdale to milepost 62 in Hood River. Dan Bacon from Oregon Department of Transportation says it will reopen when it’s safe.

The gorge has faced the heat before in the ‘90s, only burning around 1,500 acres, but it came back.

“There are going to be changes; It’s going to look different,” said Lynn Burditt from Oregon Wildlife Forest Services.

According to Burditt, the fire is phase one, then there’s the evolving landscape and trying to recreate it.

“It may take a while; it definitely won’t be this fall,” said Burditt.