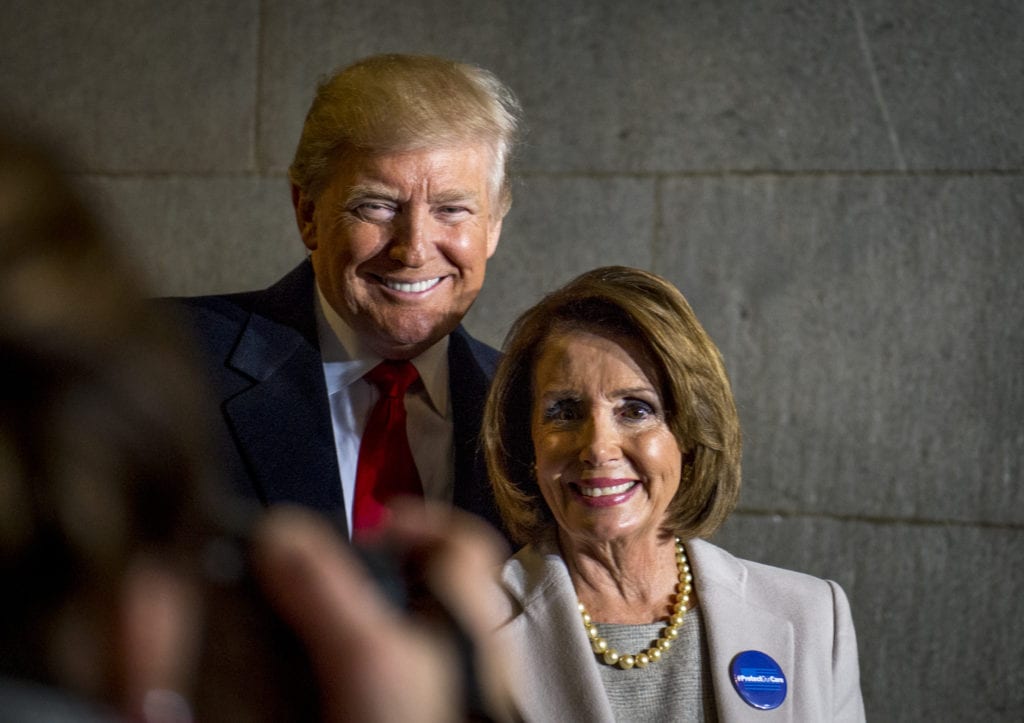 Dec. 22 marked the beginning of the longest government shutdown in United States history. The 35-day shutdown, which was temporarily lifted on Jan. 25, surpassed the previous record from the mid-1990s by 14 days. Since then, nearly three weeks have passed and America draws closer to another possible shutdown once more. Feb.15 will mark the end of the stop gap bill that was passed to end the previous shutdown. Should Congress and the president find themselves at an impasse once more, it is possible that another partial shutdown looms just a few days away.

This ran true for the most recent shutdown, which was caused by President Donald Trump’s insistence that the new appropriations bill would include$5.7 billion in funds to build a wall a long parts of the country’s southern border. The wall, a focus of the president’s campaign in 2016, has been a matter of contention between the president and Democratic members of Congress since his election.

“…Most of us, speaking for myself, consider the wall immoral, ineffective and expensive,” said Representative Nancy Pelosi in a press conference in December.

Trump has been especially vocal about the Democratic leadership’s stance on the border wall. “The Democrats just don’t seem to want Border Security,” said Trump in a recent tweet. “They are fighting Border Agents recommendations. If you believe news reports, they are not offering much for the Wall. They look to be making this a campaign issue. The Wall will get built one way or the other!”

Though law makers continue to work towards an agreement that would avoid another shutdown, and recent reports seem optimistic that a bipartisan solution can be found, the possibility still exists. To many, the impact of a shutdown may not be entirely clear.

“The consequences of lengthy government shutdowns are both far-reaching and include measurable consequences,” said James Hite, a political science instructor at Clackamas Community College.“The estimated economic impact of the most recent government shutdown is at about $3 billion (according to the CBO’s report). And then there are consequences that are not as easily measured, such as the negative impact on the morale of hundreds of thousands of career civil servants.”

Throughout the most recent shutdown, around 380,000 government employees were furloughed. While furloughed, government workers are not paid and, generally, do not work. Though they receive back pay after they return, this can cause difficulties among those who might be living paycheck to paycheck.Some employees, such as many of those who work for the TSA, are still required to work, though they are not actively paid until after the shutdown ends.

The shutdown can also impact programs such as food stamps, which must be funded in order to be paid out, should the allotted funds run out. According to the Committee for a Responsible Federal Budget, other programs that are impacted include Social Security and Medicare, food inspection and national parks.

There are, however, some government bodies that will not be impacted should another shutdown take effect. According to recent reporting by CNN, the IRS will continue to staff workers even if another shutdown takes place in order to stop tax returns from being delayed. Though employees would not be paid, they would be available to continue processing returns for the duration of the shutdown due to a contingency plan instated sometime in January.

Another government body that would not be impacted by a closure is the United States Postal Service. This is due to the semi-independent nature of the service.

“Any profits that we make goes first to pay for any of our needs, new vehicles, new offices,”said Kirk Bartram, a 28-year veteran of USPS who works out of the West Linn office. “Whatever’s left, Congress pretty much has free reign. They can tap into it and use it however they want. We’re not supposed to make a profit, we’re kind of designed to just stay even. We pay ourselves, we pre-fund our retirement. We pre-fund our healthcare.”

According to Bartram, in order to stay even, USPS is administered by a board of governors. They decide when the USPS is making too much or too little revenue and adjust rates to compensate.

“It all comes down to you,” said Bartram. “Buying a stamp, mailing a letter. Mailing a package.”

During a“Make America Great Again”rally in El Paso ,Texas, on Monday, Trump continued to make his case for January’s shutdown.

“If we had not done this shutdown, we would not have been able to show this country, these politicians, what the hell is happening at the border,” said Trump.

Many, however, disagree with the president’s position. “The most recent government shutdown was entirely unnecessary and was caused by Mr. Trump’s political inexperience,” said Hite. “What Trump failed to understand was that the Democrats in the House of Representatives have a very real, and recent, mandate; and that mandate is for border security without an unnecessary and extremely expensive border wall.”

Hite claimed that the president’s choice to reject the Senate’s initial bill was due to this inexperience as well as some “misplaced bravado.”

“There is a good chance that there will be another government shutdown because Mr. Trump has backed himself into a corner with his intransigence on the issue of a border wall,” said Hite. “And yet, a solid majority of Americans are opposed to a border wall, and there is substantial evidence that border walls are ineffective, so if there is another government shutdown, Trump will more than likely be on the losing side, again.”

Though the people of the United States will likely have to wait for Friday to arrive before we know whether or not another shutdown will occur, it is clear that the issue of illegal immigration isn’t going anywhere. Should neither side give ground, there is likely to be further political conflict on the horizon.