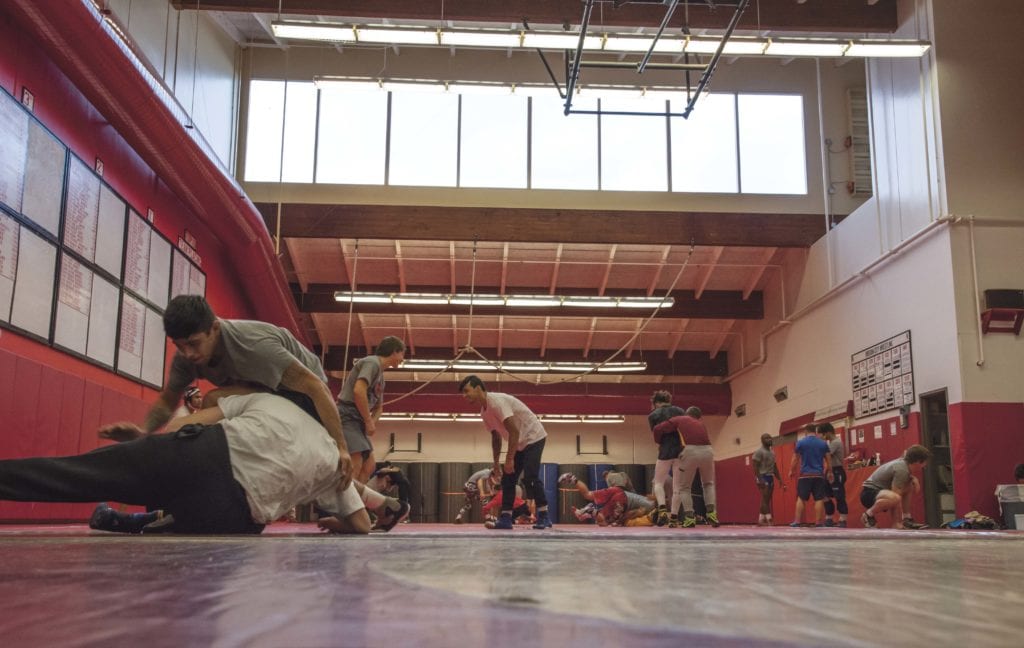 The Clackamas Community College wrestling team helps us step into the shoes of a student-athlete in a small way by showing a glimpse into their experience living with other athletes.

For many students, a home is not a worry when they look forward to going to college, but athletes at CCC do not always have the luxury of living at home.

CCC student-athletes bear the burden of finding affordable housing close to campus while juggling the transition to becoming a college athlete.

Unlike the majority of universities, Clackamas does not have dorms or on- campus housing for students or student-athletes who attend the school. On top of finding a place to live the wrestlers also have to worry about finding their next meal. Most college athletes are set up through meal plans where students are given a set amount of meals on-campus per term. With on campus living and meal plans, student-athletes would have a large weight lifted off their shoulders while tackling the challenges of school.

Josh Rhoden is entering his 12th year as the head wrestling coach at Clackamas. After many years he has seen the benefits and the shortcomings of CCC.

“It’s something that people recruit against us nationally,” said Rhoden. “[Clackamas doesn’t] have dorms. Parents want to hear that their kids are going to be looked after and have meals provided.”

The benefits of a meal program on campus would reach past the athletic department and also help students who cannot afford paying for each meal.

“You’ve got a lot of guys who are trying to figure out how to cook for themselves for the first time, figuring out how to manage their money versus having it on a meal plan card and having nutritious stuff prepared for them,” said Rhoden. “I think there is a benefit to that, I know there is.”

Freshman Clai Quintanilla is joining the wrestling team and coming from Spokane, Wash. He is living with three teammates.

“It’s tough, you’re used to coming home to your family,” said Quintanilla. “You have guys on the team that you bond with and eventually become your family. We’re going through it together. Wrestling is one of the toughest sports and we’re all going through the same thing, so you’re able to push each other.”

“We’re all hungry, we’re all working for the same thing,” said Israel Casarez, freshman wrestler from Reno, Nev. “Most the athletes here are just getting by. It’d be nice to have a meal plan and a place for us to live, that would make it a lot easier on us.”

Casarez says that like most college students with roommates they have their conflict and friction that comes with having roommates, but there are benefits of living with other wrestlers.

“We all have the same schedule, same classes, practice at the same time so it helps a lot,” said Casarez.

The life of a college athlete is difficult alone, but when they have to find living arrangements on their own they can easily be distracted from school work and their sport. Being able to lighten the load wrestlers already face is the goal of Rhoden and his coaching staff by pairing them with roommates and building relationships with the local apartment complexes.