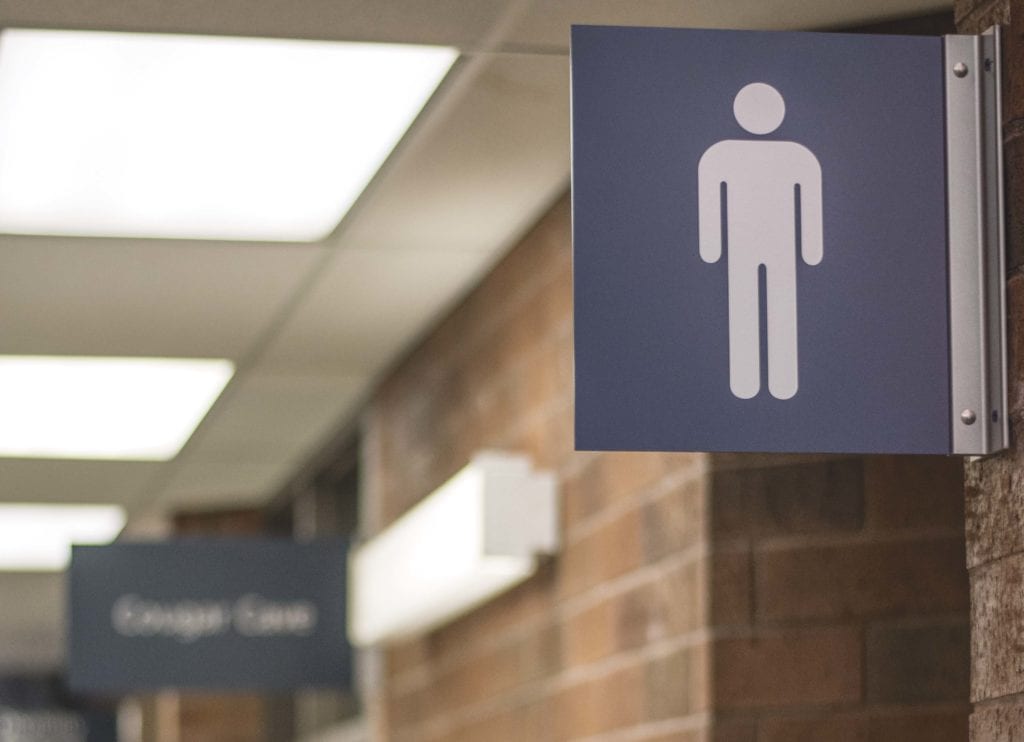 Two of the crimes committed at CCC involved racist written messages in the campus bathrooms.

INCIDENTS ON CAMPUS ARE AN INDICATION OF A BIGGER PROBLEM

Ever since the election of the 45th President of the United States, Donald Trump, the issue of hate crime has become more prominent. With people thinking he is a Nazi-sympathizer and a racist, many Americans with racist intentions have come out of hiding to cause what are known as “hate crimes.”

According to FBI statistics, the frequency of hate crime has increased over the last few years. Back in 2014, there were 3,227 victims of racially biased hate crimes in the U.S. In 2015, the year President Trump announced his candidacy and started campaigning, there was a reported amount of 4,216 victims who experienced racism. One might assume Trump’s announcement speech spiked such incidents, but how?

Though President Trump referred to undocumented immigrants, his words were reported as his view on the Mexican people in general, which may have empowered those with racist views.

Unlike the 2014 statistics, the FBI included an ‘Anti-Hispanic or Latino’ section on their statistics table. In 2014, Hispanics were counted in the ‘Other’ minority, and there was a reported amount of 118 victims of other races. In 2015, there was a reported amount of 392 Hispanic or Latino victims. 2016 statistics that were released on Nov. 13 show that the number of Hispanic and Latino victims has risen to 483.

Alongside these statistics, there is also the news media’s recent reporting of these hateful incidents. Richard Collins III, a college student in Maryland, was an African-American allegedly stabbed to death by a white male known as Sean Urbanski, who was reportedly a member of a racist Facebook group. That trial will take place in January 2018.

College students now have to be aware that they could be subjected to hate crimes.

Clackamas Community College and its students have recently fallen victim to these specific offenders. Phillip Zerzan, director of Campus Safety, stated that crimes took place on the campus in 2016 and 2017.

“We had two reported hate crimes, both that were on the Oregon City campus,” said Zerzan.

The first crime involved a student who owned a Quran who was on the Oregon City campus in May 2016. While the student was carrying the Quran, an offender walked up to the victim and knocked the Quran out of his hands. The victim declined to file a police report.

The second was discovered in December 2016 and was identified by Zerzan as vandalism. The hate crime was a message that was graffitied in the men’s bathroom at the Oregon City campus Community Center and the graffiti that was written said the N-word, and in addition a swastika was drawn after the message.

A third, and the latest crime was also graffiti in another bathroom in the Streeter hall building. The graffiti read “I will finish Hitler’s job,” according to Zerzan. This last hate crime took place in October of this school year, so offenders are still pretty active.

The situation is surprising to students such as Christian Nolasco, who didn’t know hate crimes are an active problem on the campus.

“I think we need to keep track on all the bad things that have happened, and maybe form some club or committee to put a stop to it,” said Nolasco.

“[The offenders] shouldn’t express it outside, they should keep it to themselves,” said Adan Meza, another student.