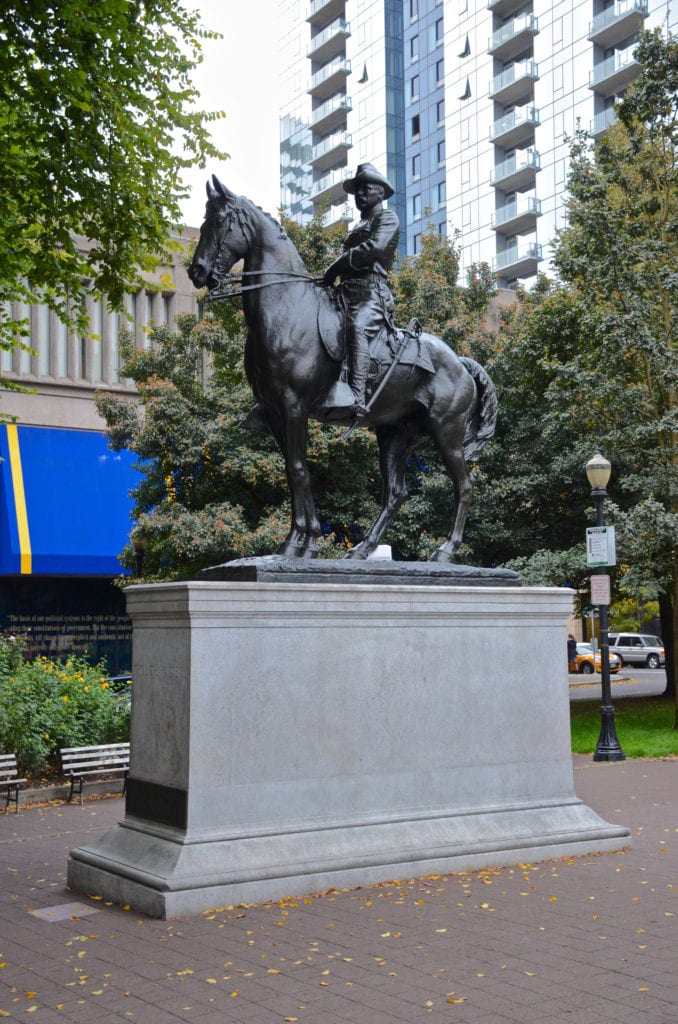 The Portland Police reported that after the statues had been brought down, the crowd began to break in windows to the Oregon Historical Society. At least three flares were thrown into the building; however, all went out before any significant damage was done.

The demonstrators then made their way south to the Portland State University campus, where more windows were reportedly smashed. Portland Police announced to the demonstrators that they had been declared a riot and that the use of tear gas and impact weapons may be permitted. CS gas was not utilized as Portland Police recently agreed to adhere to the prohibition of the riot control agent, which has been used against many demonstrations in the past.

Portland Police moved into the crowd and began to make arrests to disperse the crowd. A few demonstrators were brought into custody: one for breaking windows and carrying a loaded pistol; one for driving the vehicle used to bring the statues down; and others for more broken windows, assault, and mischief.