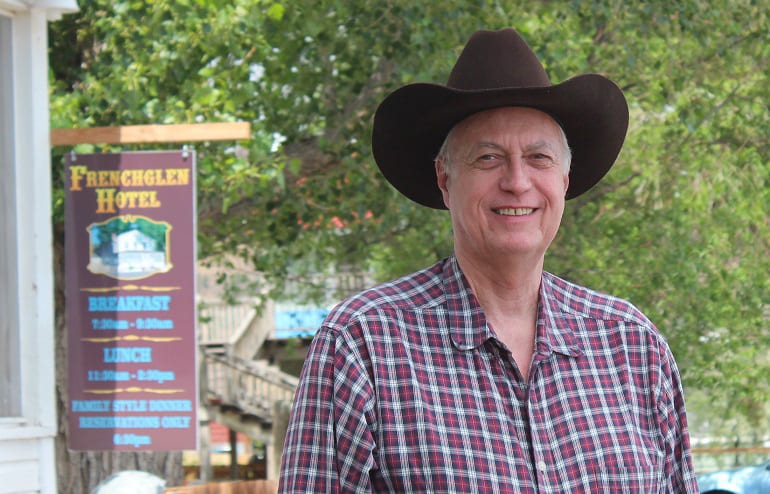 Dr. Seuss, Currer Bell and David Holly. What do these have in common? They’re all pen names, and they belong to authors Theodor Seuss Geisel, Charlotte Brontë and Clackamas English instructor Paul Crumrine, respectively.

Authors use pseudonyms for different reasons, like to conceal identity or gender, or as a type of branding. Geisel used his nom de plume for children’s books that he both wrote and illustrated. Brontë used hers to conceal her sex.

Crumrine, who is part-time English faculty at Clackamas Community College, teaches writing classes such as Occupational Writing and English Composition. In his spare time, under pen name David Holly, he writes novels.

Back when I first created the pen name, it was important to conceal that I was writing stories and novels with happy and enthusiastic gay characters,” Crumrine said.

Today, Crumrine’s use of a pen name is not about privacy. For one, it provides a way for him to keep his role as a writer separate from his role as a teacher. But mainly, he continues to use the pseudonym because he is recognized by it and has experienced his success under that name.

Crumrine has authored several tales as David Holly, sometimes enlisting his wife to help with editing. He has published six novels, four of them through Bold Strokes Books, which is one of the largest LGBTQ publishers.

“I have met David several times at literary events including the Gay Romance Northwest Meetup annual event in Seattle,” said Sandy Lowe, a representative of Bold Strokes Books. “He is talented and charming. David is a dedicated writer, willing to step outside his comfort zone and try his hand at a broad range of topics and genres that appeal to readers.”

Lowe suggested that their books can be enjoyed by a range of individuals.

“The books can absolutely be enjoyed by a wider audience as long as they have no problem reading LGBTQ characters,” Lowe said.

While most of Crumrine’s novels can be found in the gay erotica section, he enjoys writing a variety and mixing genres.

“I don’t like to do the same thing twice,” Crumrine said. “I’ve written a gay romantic comedy ‘Kissing Behind the Bathhouse,’ a gay political novel ‘Stealing the Mayor’s Underpants,’ a series of creepy/funny femdom/male reduction stories, and assorted stories of mystery, science fiction, fantasy, horror, literary and humor.”

His latest novel through Bold Strokes Books, which was released on March 1, 2016, is called “Slaves of Greenworld.” The excerpt on the back cover gives readers a taste of the plot.

“Dove, a young man without a memory, emerges naked and nearly drowned from a creek,” the excerpt reads. “Amid a developing slave revolt, Dove secures comfort and gay sexual intimacy with his slave Raret.”

English Department Chair Carol Burnell believes that it’s valuable for English instructors to have writing experience of any kind.

“They understand the process, the difficulties,” Burnell said.

Crumrine’s best advice to students who aspire to write is, first, learn to write dialogue. Early on, an instructor taught him how to write plays, and that’s how he learned the craft of dialogue. But he presumably established his quirks and routines on his own.

“I cannot stand to have anyone looking over my shoulder while I’m writing,” Crumrine said. “I need a wall behind me. When I write, I go into another place so that I’m not aware that I’m writing. I’m in the scene that is pouring out the ends of my fingers without me even willing the action.”

In the past, Crumrine has published under his given name, but wishes he hadn’t. He has encouraged people not to waste their money on those works.

“It’s like one of those things that you write a long time ago, and now you want to pull the pillow over your head when you think about it and pretend it doesn’t exist,” he said. “Every once in a while, a student will show up in class having found a copy out there somewhere, and want me to autograph the damn thing.”

Currently, under the name David Holly, Crumrine is working on a new novel, “A Returning Illumination,” which is about ancient women who have fled planet earth and who return thousands of years later, after males have made a mess out of the planet. So far, the story has over 150,000 words, and he’s still writing.

Crumrine noted that authors, including himself, love Amazon reviews. “That’s something that writers want,” Crumrine said. “Good, bad, whatever.”