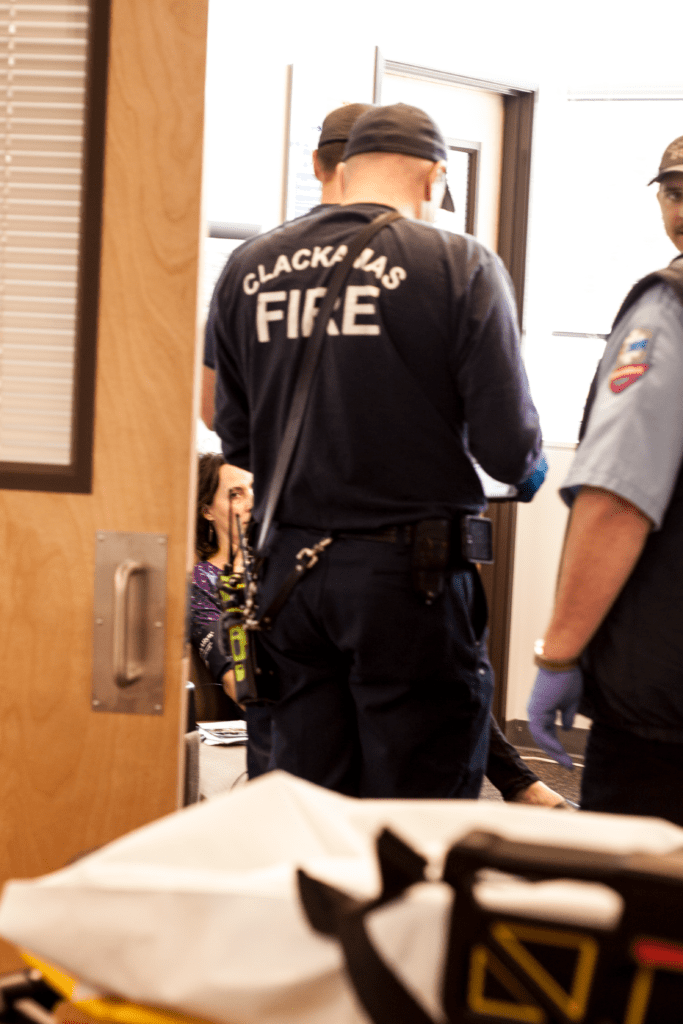 The Clackamas Fire Department and American Medical Response arrived in Roger Rook hall on Tuesday around 11:30 a.m. A visiting representative of the Federal Government became unresponsive, and suffered tremors, according to enrollment services coordinator Lindsey Pierce.

“[She was] checking on the price of fees, and she just had a series of questions she had to ask as part of her template of questions to ask, to determine the general cost of tuition for a full-time student out-of-pocket versus a student on financial aid,” said Pierce.

According to Pierce, she started to get shaky and became unresponsive after asking some questions and they later moved her into the Admission Welcome Center.

The person, identified simply as Joy by Pierce, declined to give her name to The Print.