A student was mugged on campus shortly after 12:30 a.m. Friday, Nov. 7, according to Clackamas Community College Dean of Campus Services Bob Cochran. Reportedly, a male student arrived to work-out on the track and he was approached by four males, who demanded his wallet. When the student refused to relinquish his wallet, he was assaulted. Reportedly, there was no money in the wallet. The CCC student then fled the crime scene, to a friend’s residence. Both the assaulted student and his friend later returned to the track where they found his wallet with nothing missing. This case is currently still under investigation. If you have any information, please contact the Clackamas County Sheriff ’s Department at 503-723-4949, or Campus Safety at 503-594-6650. 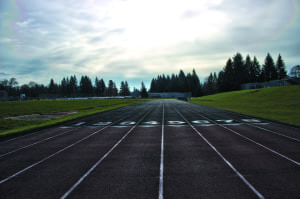