A mascot is the identity of a team or a school. For some people, it is the fi rst thing they think of when they hear the name of an organization.

Clackamas Community College’s mascot is the Cougar and the cougar mascot name is Cougie.

At the beginning of last year, Associated Student Government noticed that there was mold growing inside Cougie’s costume. Michelle Baker, student life and leadership adviser, thinks that the costume was improperly stored after someone wore it. The person may have put it in a plastic bag, leaving Cougie moldy, smelly and unhealthy.

Another problem with the mascot costume is that students who wear it overheat very quickly because the fan inside the helmet is broken.

ASG president Brent Finkbeiner said the costume wasn’t healthy or safe for students to wear. With personal experience wearing the costume, Finkbeiner can attest to the smell.

Finkbeiner said, “It was gross.”

If one does choose to smell the Cougar costume, it smells like a middle school boys’ locker room that people can wear.

Before the costume went out of commission, Cougie could be seen around campus at sporting events and Welcome Week.

“[A mascot is a] symbol of a school,” said Ryan Markuson, a second-year student. “Important for school events other than that pretty irrelevant.”

Cougie’s costume has been around for a while. Baker said the costume is more than five years old but less than 10.

ASG ordered a replacement online last year and Finkbeiner said, “It was not as advertised. It was a costume that came in and it was really, um, it was really poorly made. It was real poor quality, so we kinda have to start all over.”

Refurbishing the current mascot was an idea that Finkbeiner would be interested in as a way to lower the overall cost. He knows that people like the current Cougie costume.

The funds for replacing a mascot are hard to get straight out of student government. ASG funds go to help events that ASG hosts and clubs or trips for student groups to go on. Buying a new costume would cut down on those events and Finkbeiner can’t justify that spending.

“If I had my choice of three events or a number of activities for students to do that would help them get connected to their college or get information out to them,” said Finkbeiner, “I’d rather do that than spend money on the mascot.”

Second year student James Jeffrey said, “A mascot isn’t too important, but it does have some merit.”

Jeffrey suggested that replacing the mascot could be something students could vote on but then said it might be best to leave it in the hands of the people who know how the process works. Finkbeiner did say that if people from athletics or administration would be willing to help out with funds, then ASG would be able to move the replacement of the mascot up on the priorities list.

Whether ASG decides to spend money to replace the costume or spend money on students, Markuson said, “It’s a positive either way.”

It’s best that the costume is not worn until Cougie is refurbished or replaced. 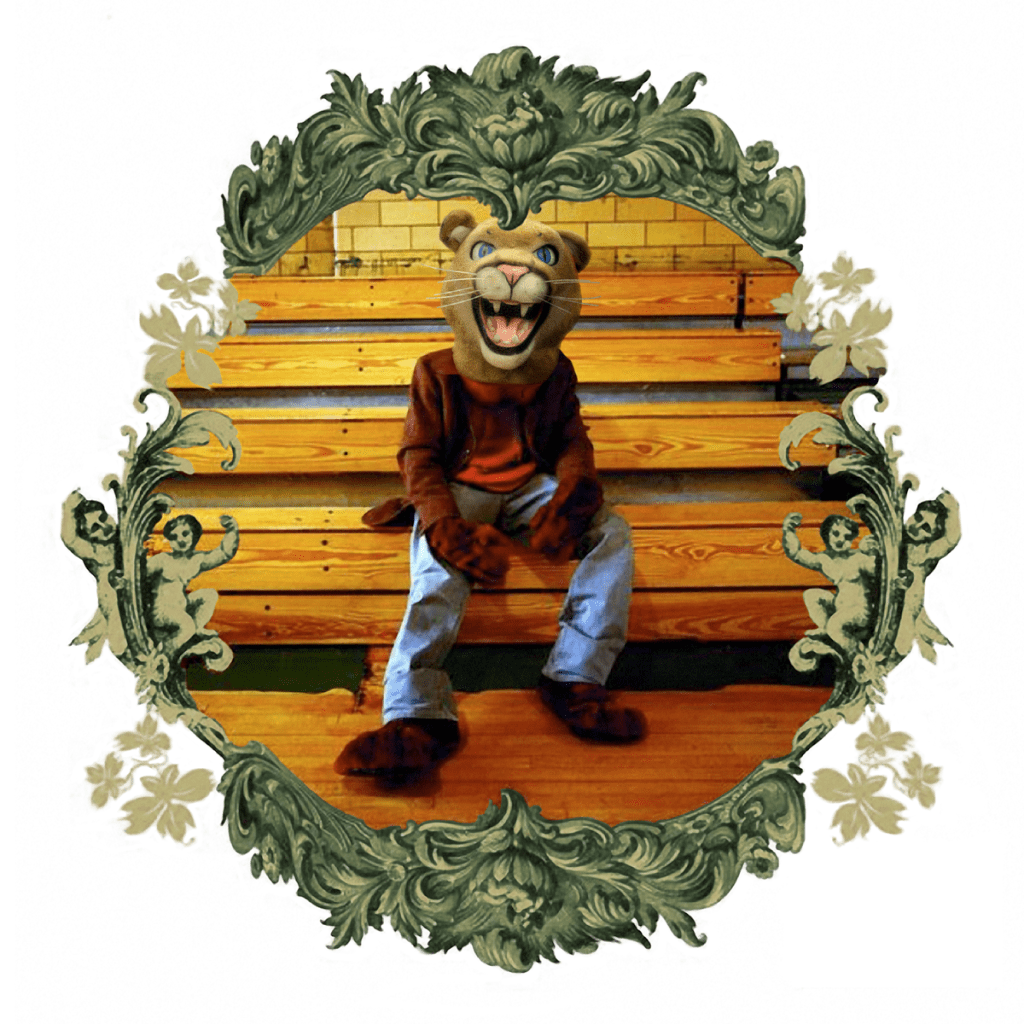