Moving Ford despite a pandemic: Robert Ford III has made an instant impact with his new team 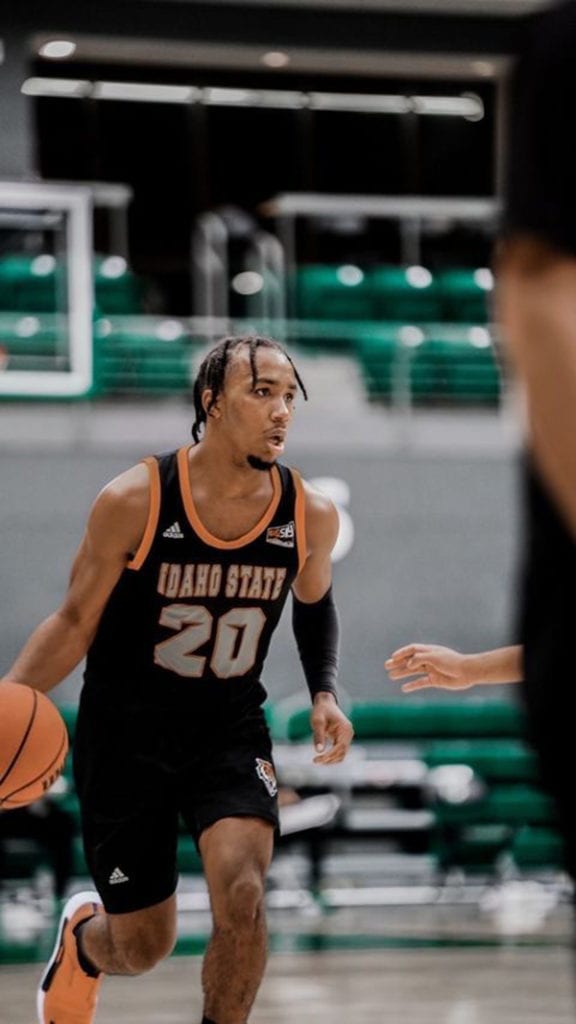 n a season unlike any other, former Cougar Robert Ford III has continued his all around play at Idaho State. The Bengals needed depth at guard, and he has provided just that, averaging 11.7 points, 7.4 rebounds, and 3.5 assists, while starting in all sixteen games so far.  His immediate impact is a major reason the Bengals are 9-7 overall, and 5-3 in the Big Sky.

Bengals coach Ryan Looney recognized that Ford does what he needs to do to win, saying via email, “We really wanted Robert because he impacts the game in so many ways. He plays hard and is a winner.”

Last season, Idaho State went 8-22 overall, and only 4-16 in conference. When asked about goals for the season, Ford said via Instagram, “Do whatever I can to help my team win and lead my team to a championship. I feel like we are on the right track to this goal. I know from last year we were at the bottom of the Big Sky, and even was projected to be the bottom two this year, so coming in we all wanted to change that and give a different look to Bengal basketball and I feel like we have been on track to do that and surprise the world.” Safe to say, Bengal basketball is on the right track this season.

Ford’s work ethic was already incredible when he got to Clackamas. Cougar coach Clif Wegner said via email, “Robert showed many exceptional qualities but most especially his work ethic was incredible. He always wanted to improve every day. One of the absolutely most competitive kids I’ve ever coached in all my years.”

This work ethic, along with his leadership has helped him to succeed immediately at Idaho State. This season has been very different because of the pandemic, but Ford has still been able to develop relationships with his new team. Looney said via email, “He has done a good job developing relationships with his teammates and coaches.”

Ford said via Instagram, “Working with coaches and having an understanding with my teammates have helped me lead by example and in other ways, but having the mindset of trying to win and knowing that people are watching me. I think the best thing I’ve had to keep me know I’m leading a team is having coaches say it and keep installing it into my brain everyday.”

Wegner saw Ford being successful immediately at Idaho State, stating via email, “We were convinced that he could go into the Big Sky conference and be an immediate impact player at any school in the conference.”

One of the biggest differences between JUCO and DI basketball is the physicality and size of the players. Although Ford is averaging 3.5 assists every game, he is also averaging 3 turnovers, some of which can be attributed to the physicality of the DI game.

Ford recognized that he had long odds to play at the highest level of college basketball. When he was being recruited by Clackamas from Jefferson High in Portland, they were thinking that they would be able to get him to a great DII school. That perspective changed very quickly.

Wegner said via email, “We watched Robert for three years in high school and while we were recruiting him we always felt like he could be a very good college basketball player. A very strong tough elite defender in a guard who could control the ball and distribute to other players and run the offense. But Division I was not in anybody’s conversation regarding Robert’s evaluation at that time, to be honest. However, our evaluation changed within a couple of months after having him on campus and seeing him work and how hard he improved particularly in his shooting and offensive skills. By the time we had played 10 games we felt like he was not only a Division I guard but a very special player and a future pro.”

Ford said via Instagram, “The opportunity to play the game I love at one of the highest levels is great. I love playing at this level and being able to beat the odds that were given to me.”

No goal is too high for anyone to reach, and Ford said via Instagram, “Another thing I would like to add at the end is just being able to show all the younger kids that they have the opportunity to make it to this level too by just applying the pressure to their grind. It won’t be easy but as long as you’re willing to fight for where you wanna be, all things work out for good people, I was once told by a close family member, and it hasn’t been wrong yet.”