Oh My Gourd! Your Fall favorites are back at The Pumpkin Patch on Sauvie Island 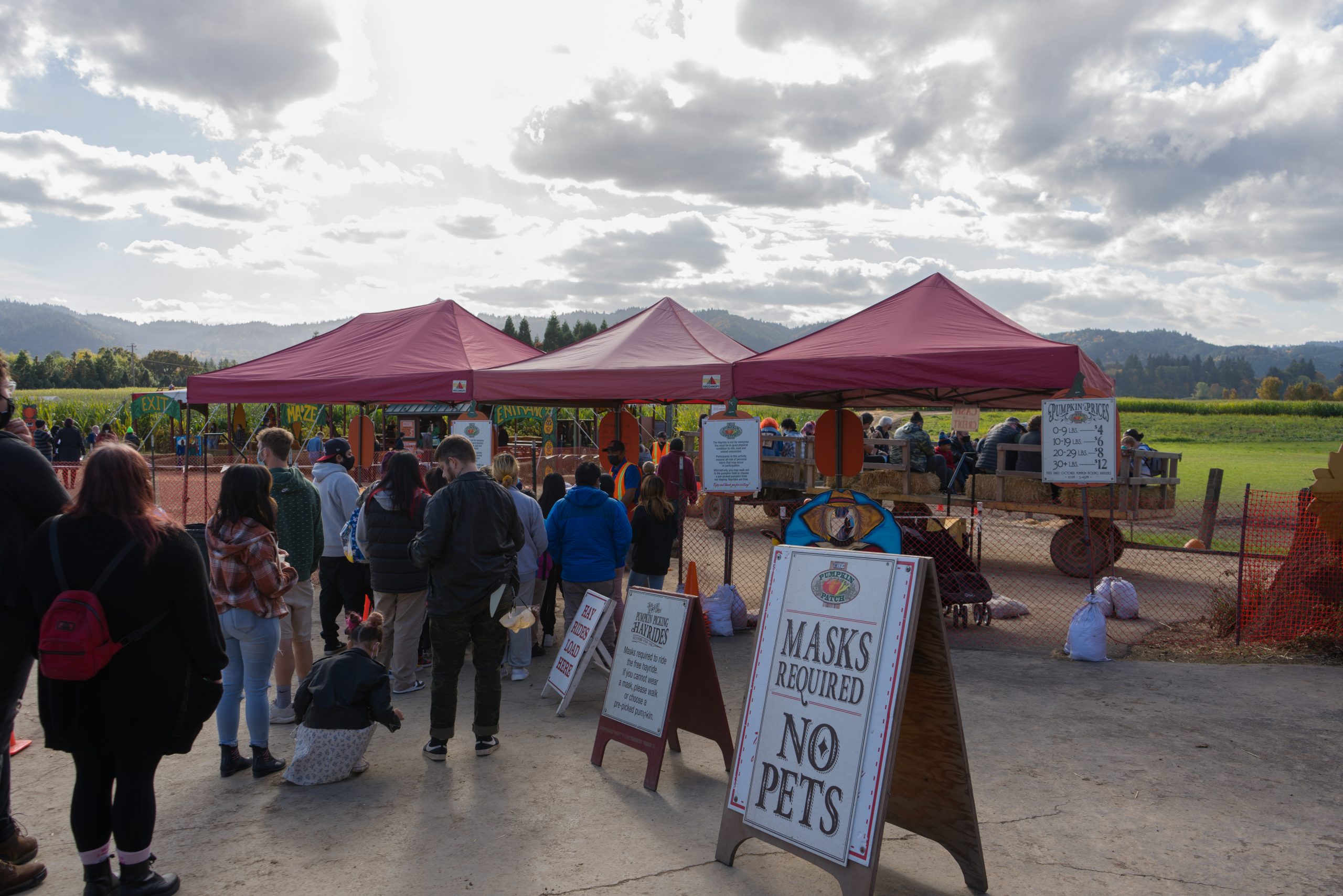 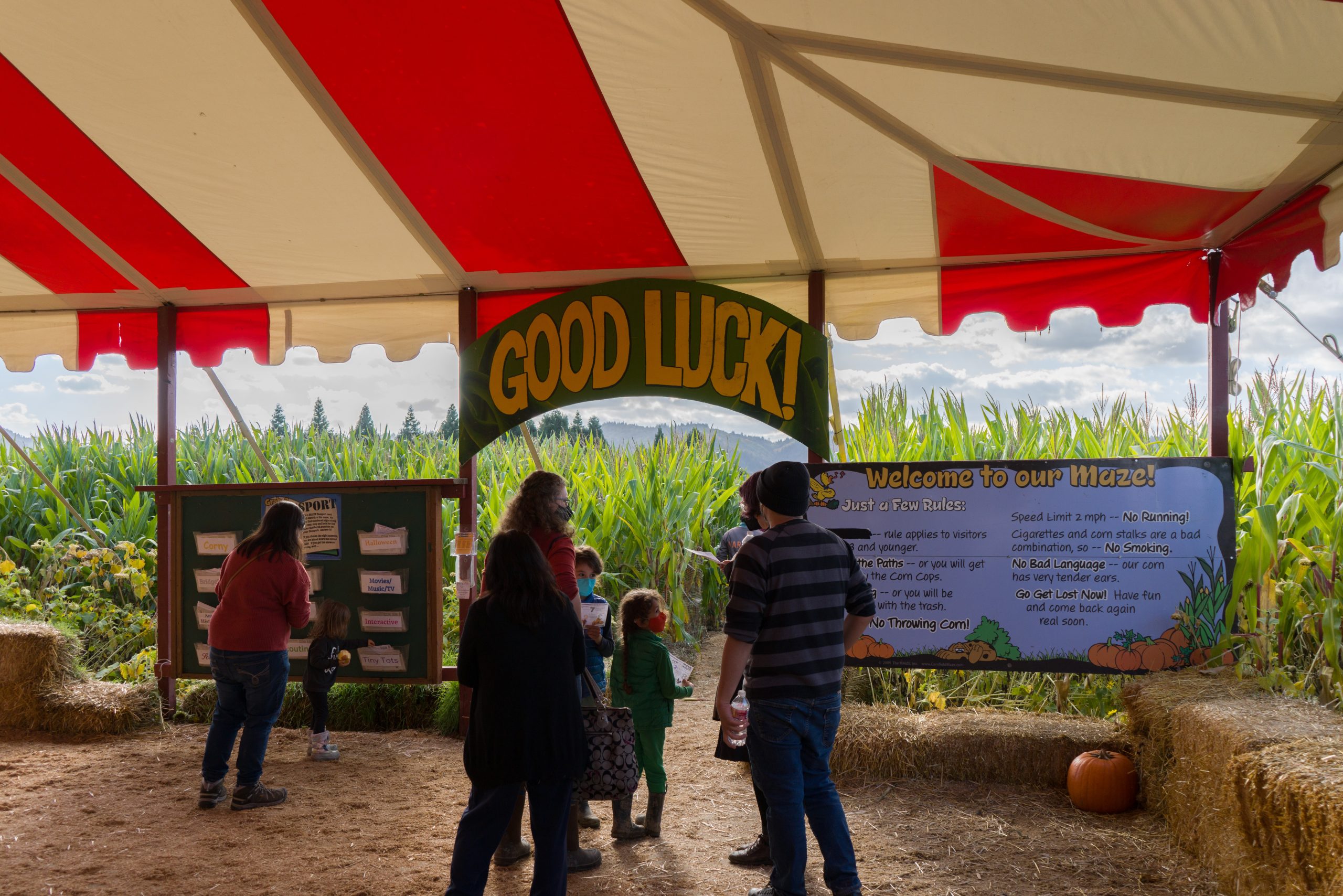 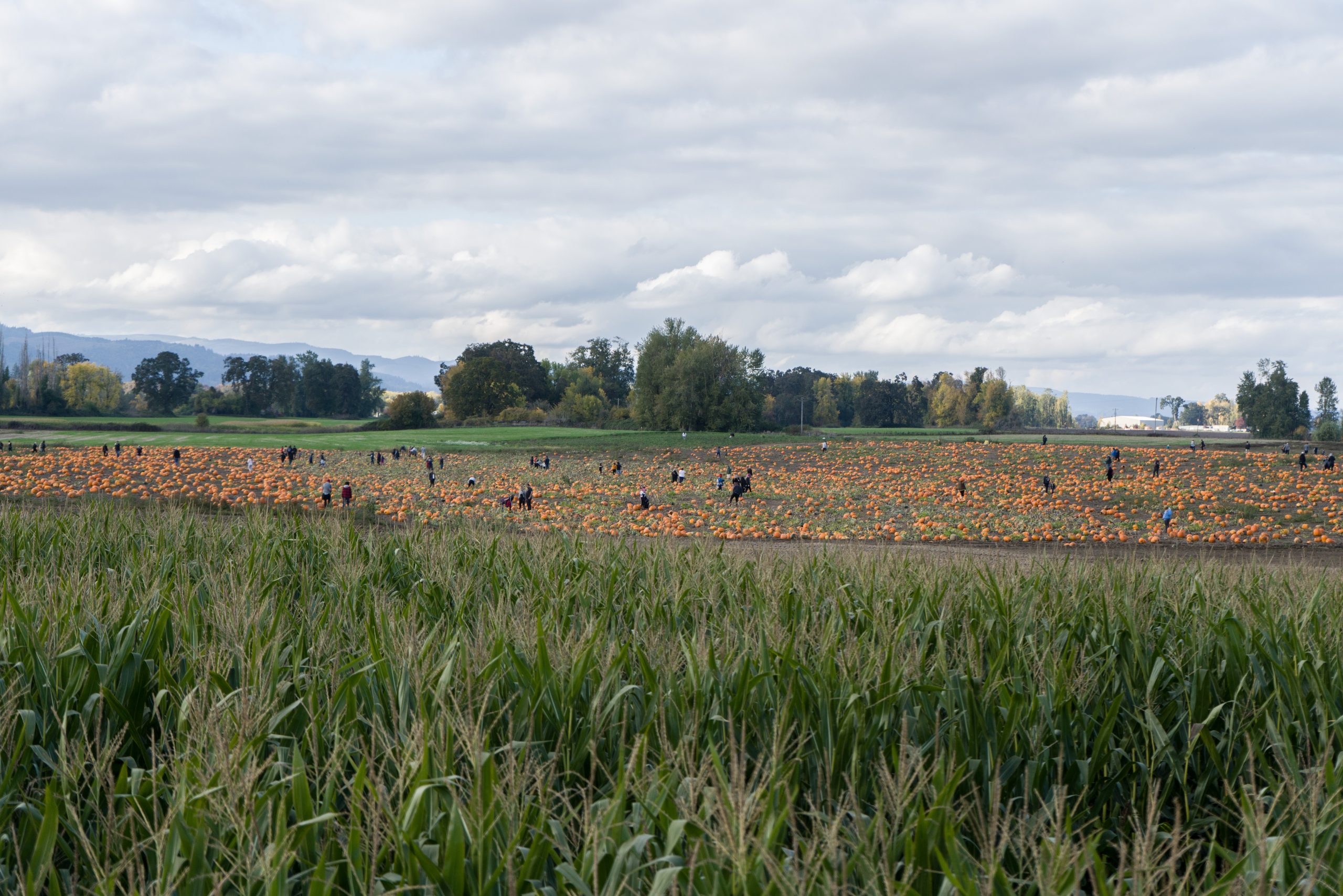 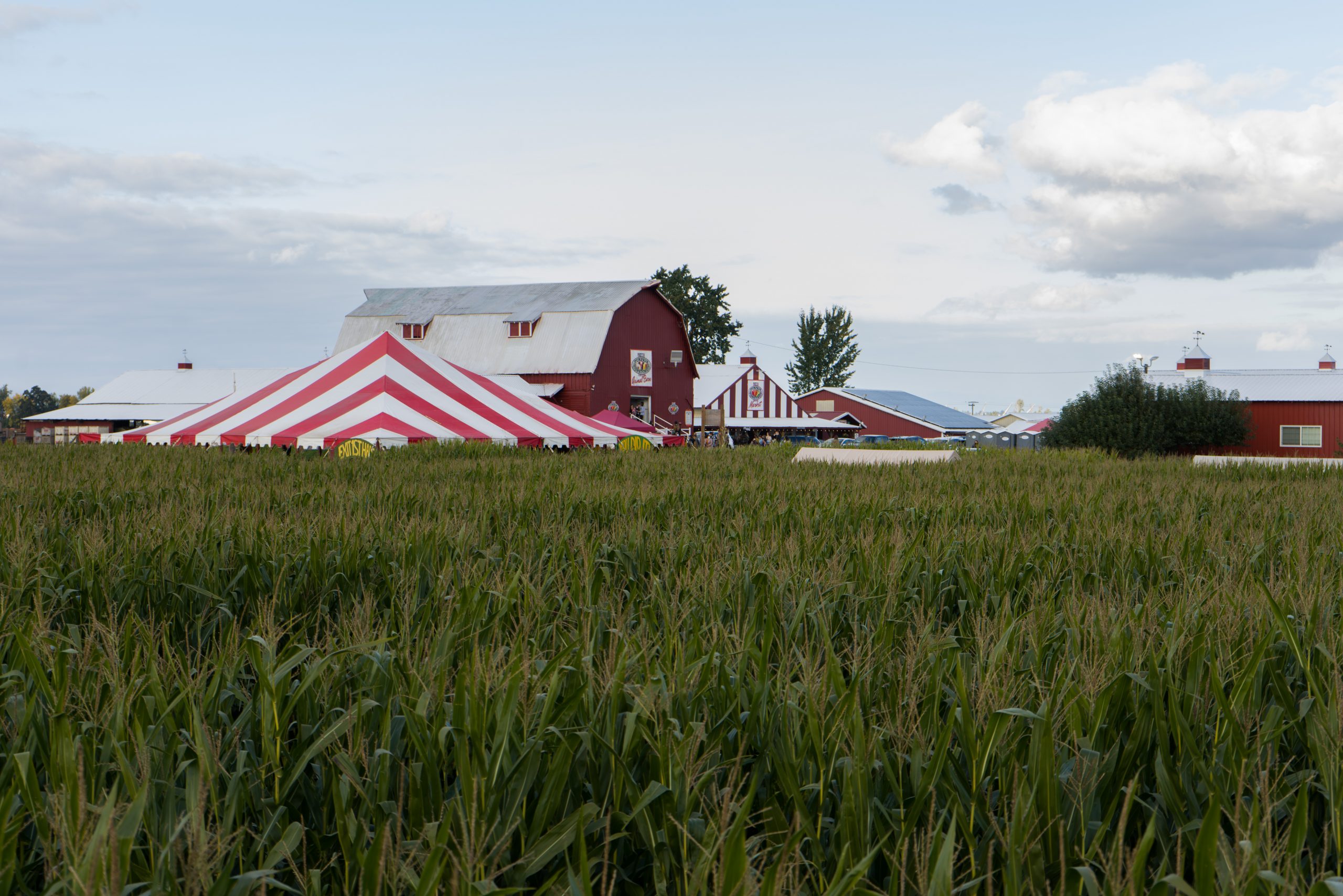 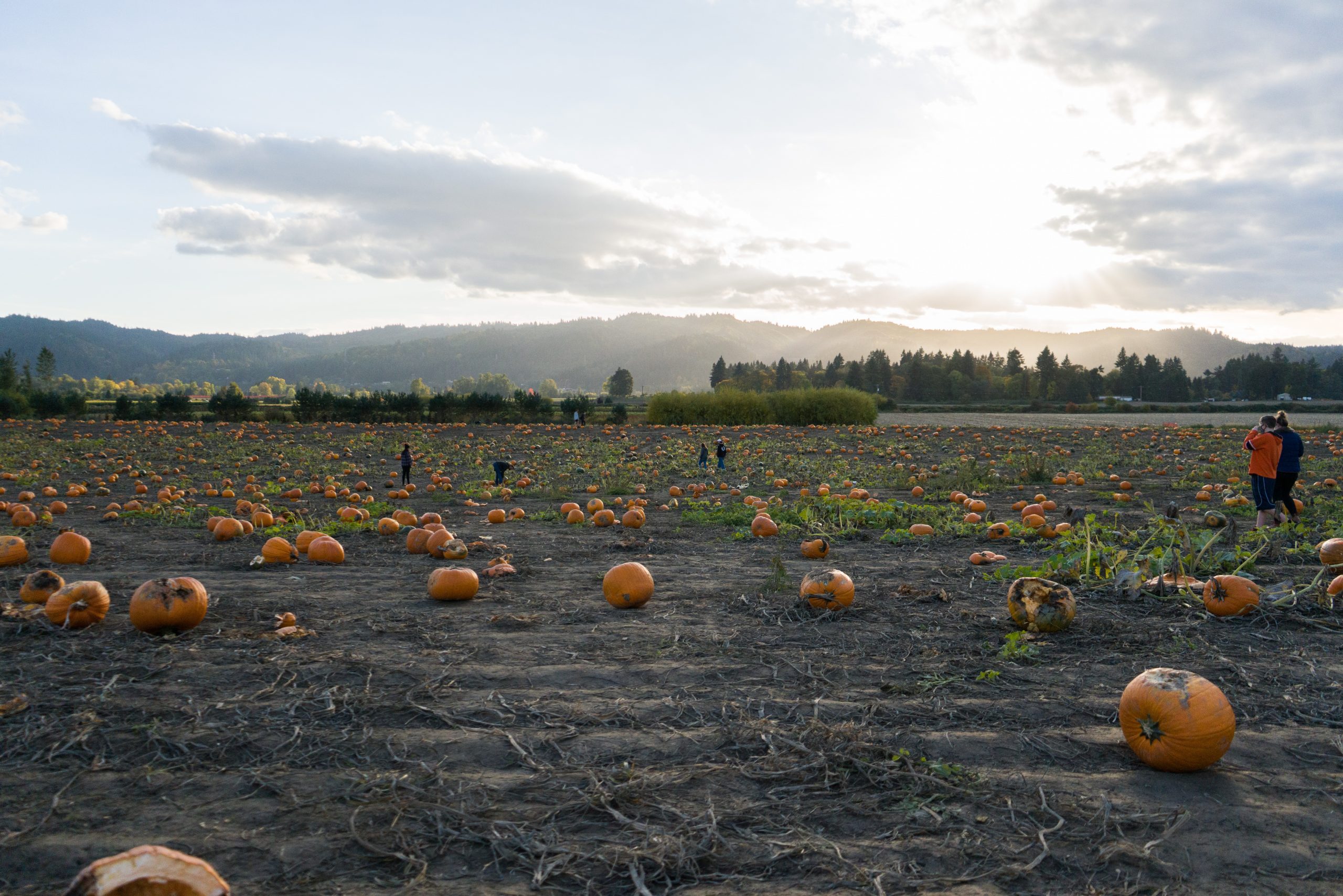 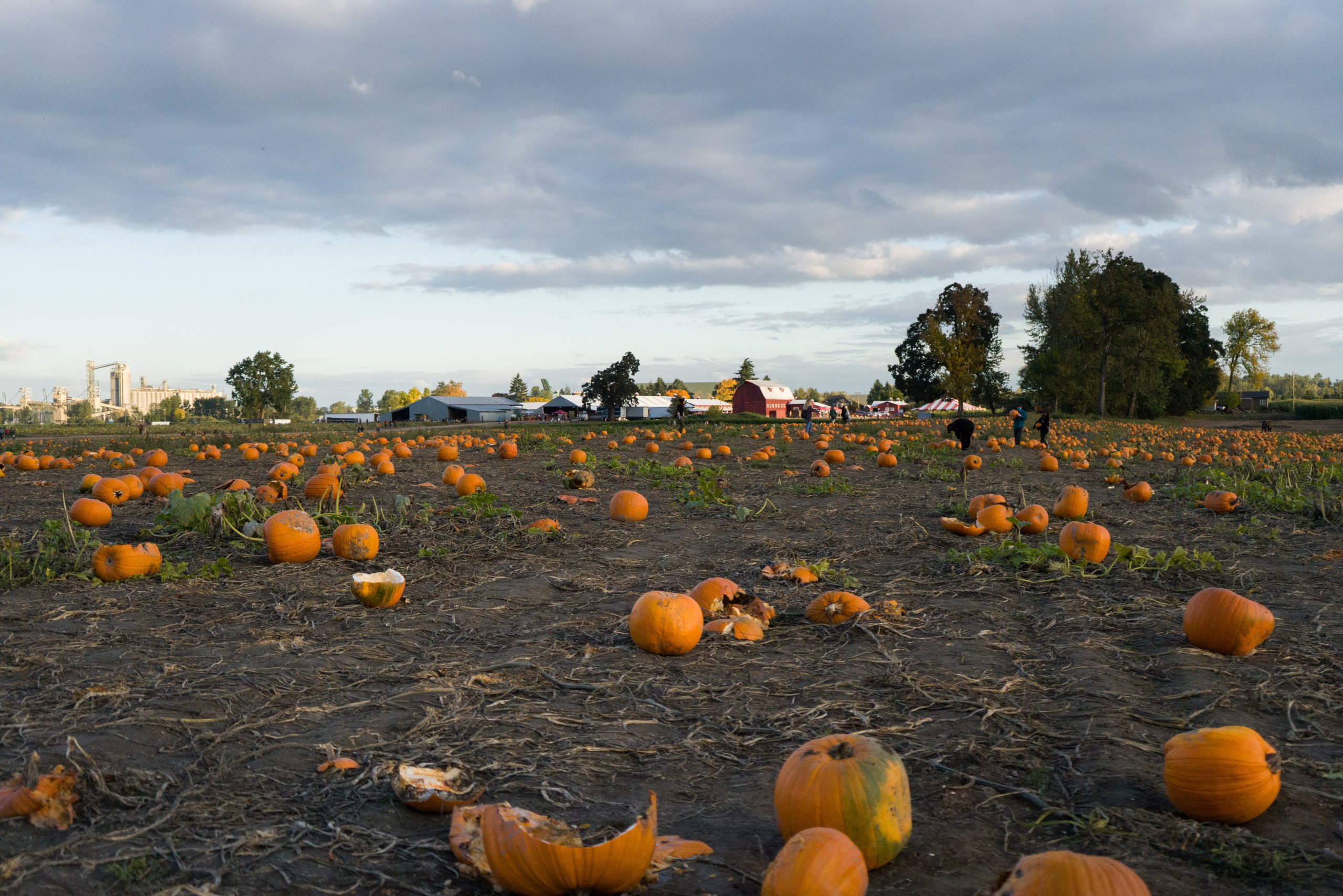 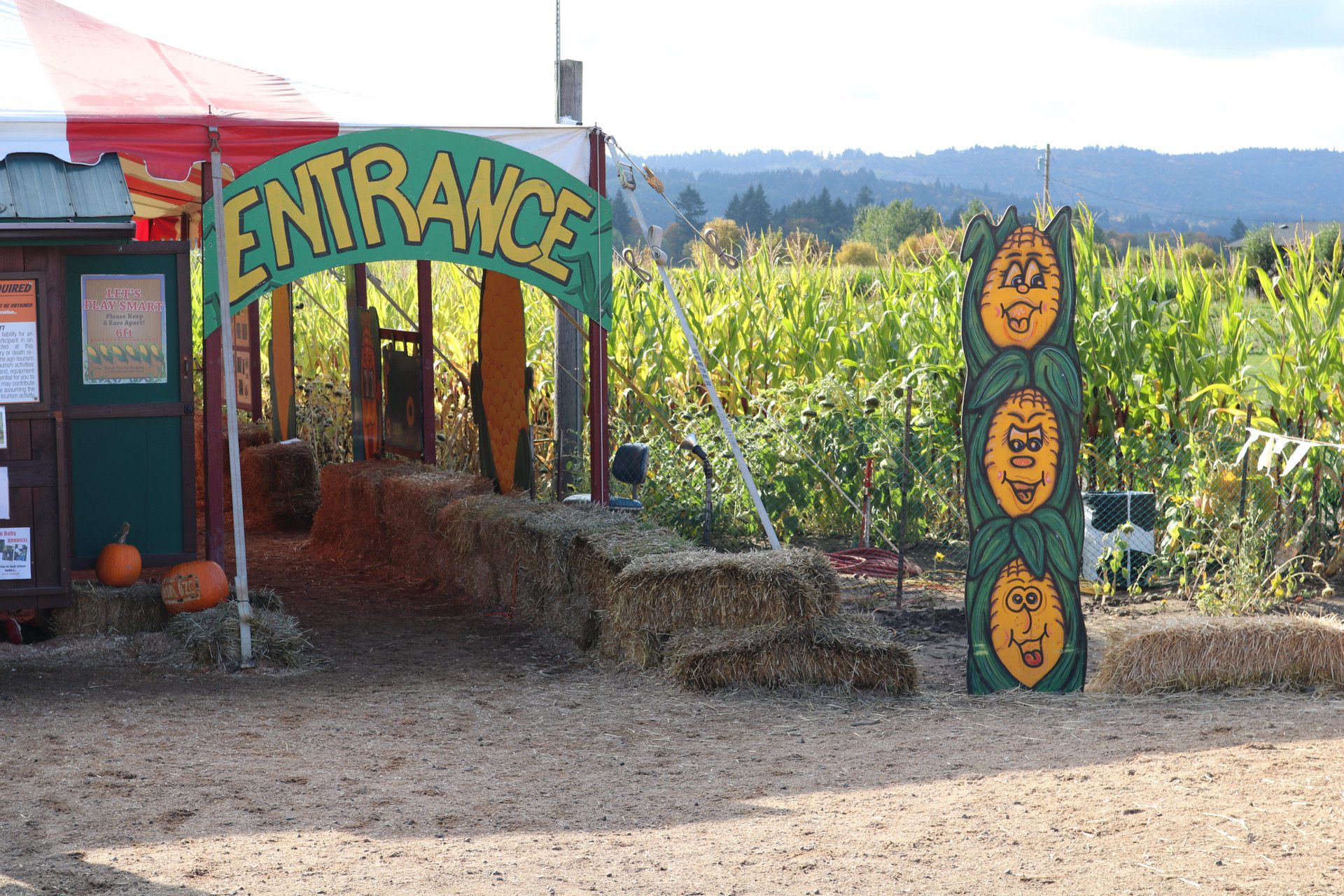 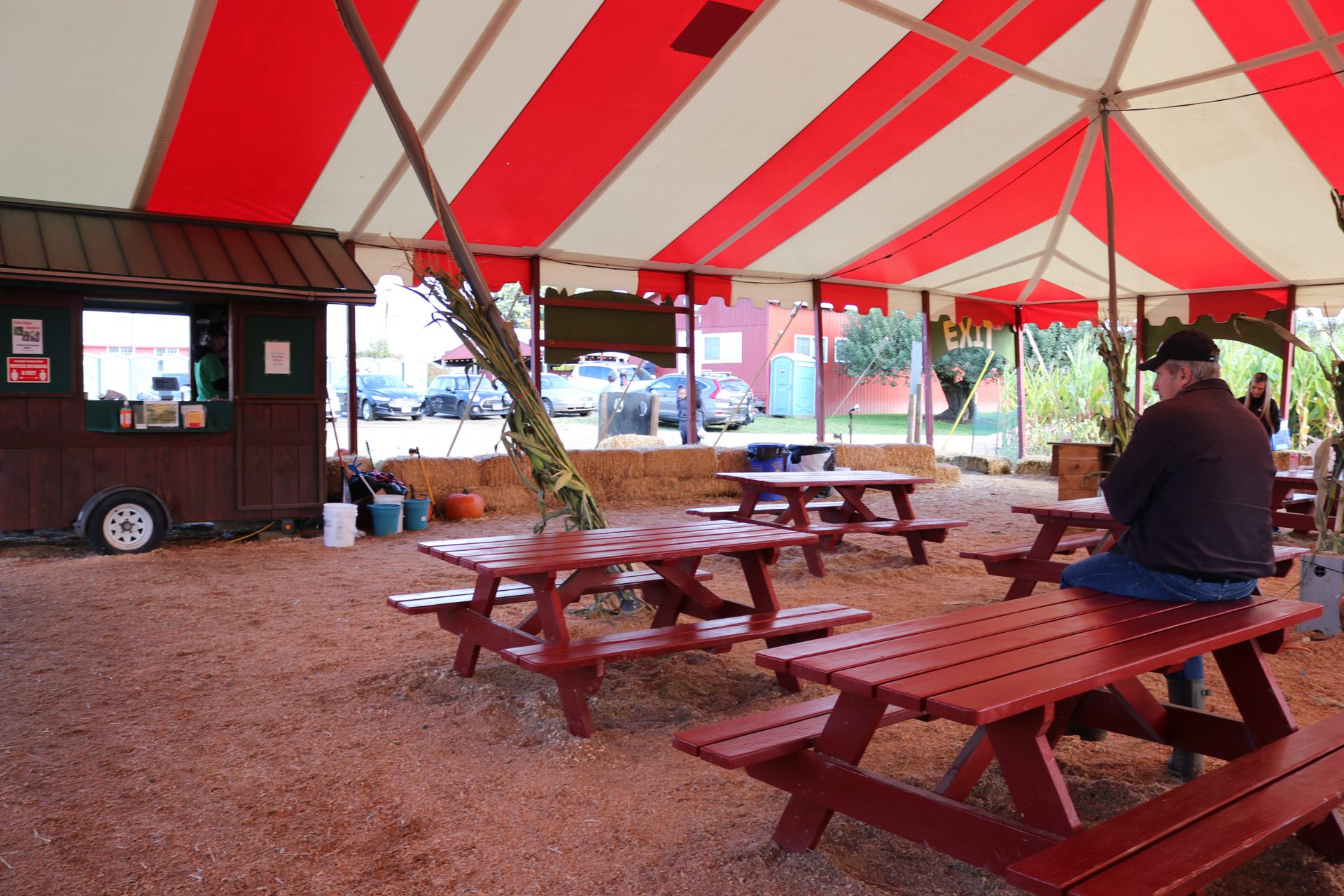 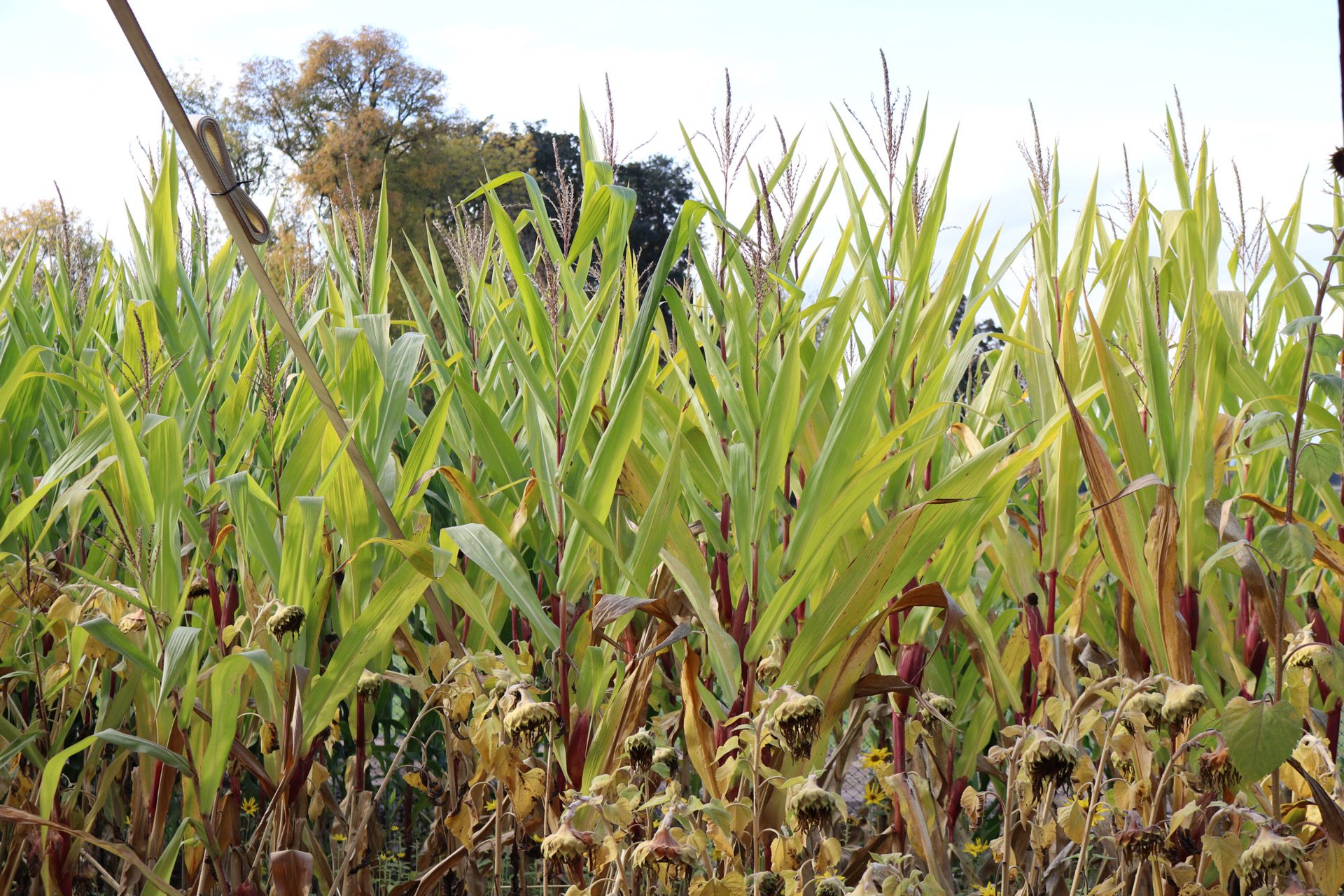 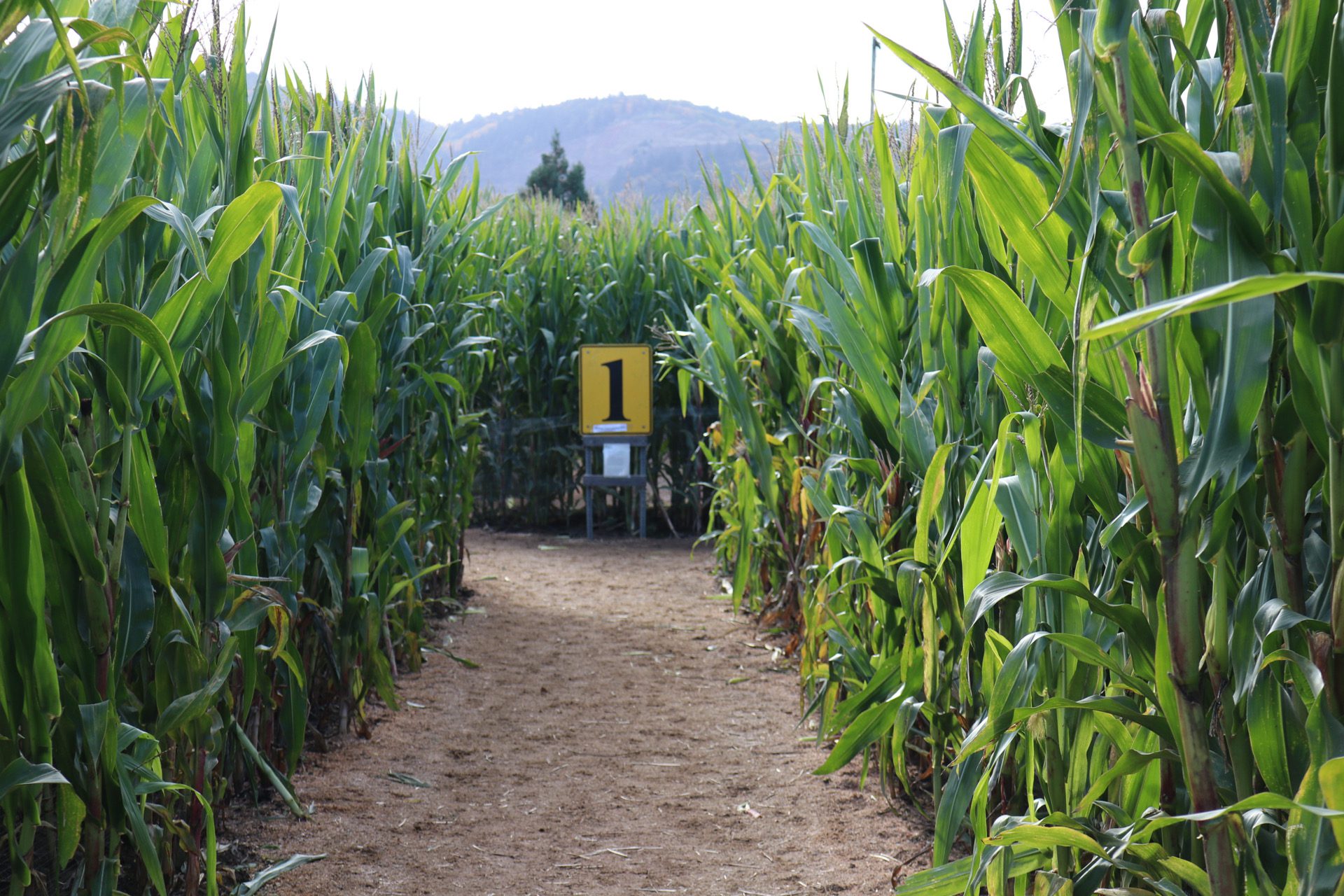 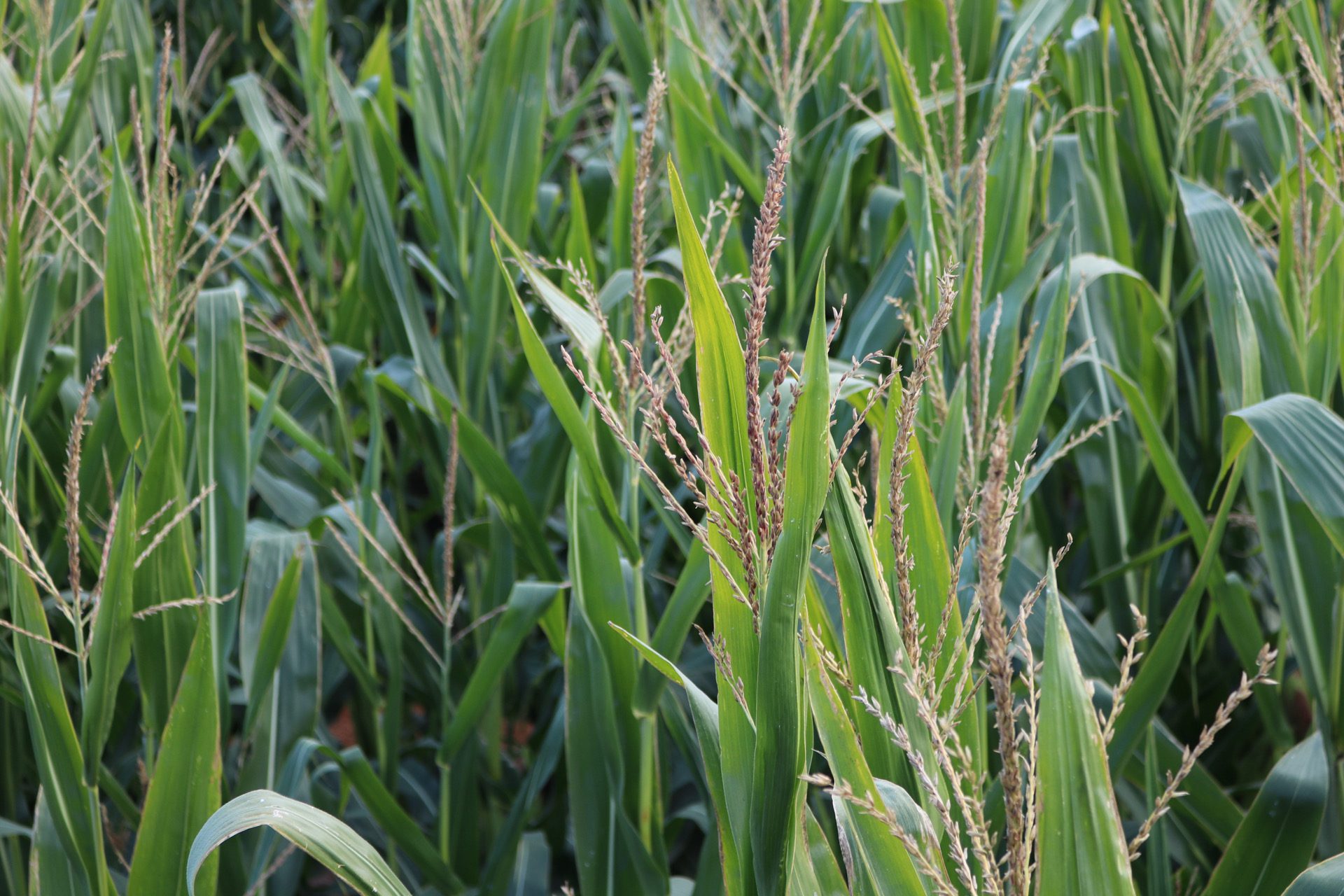 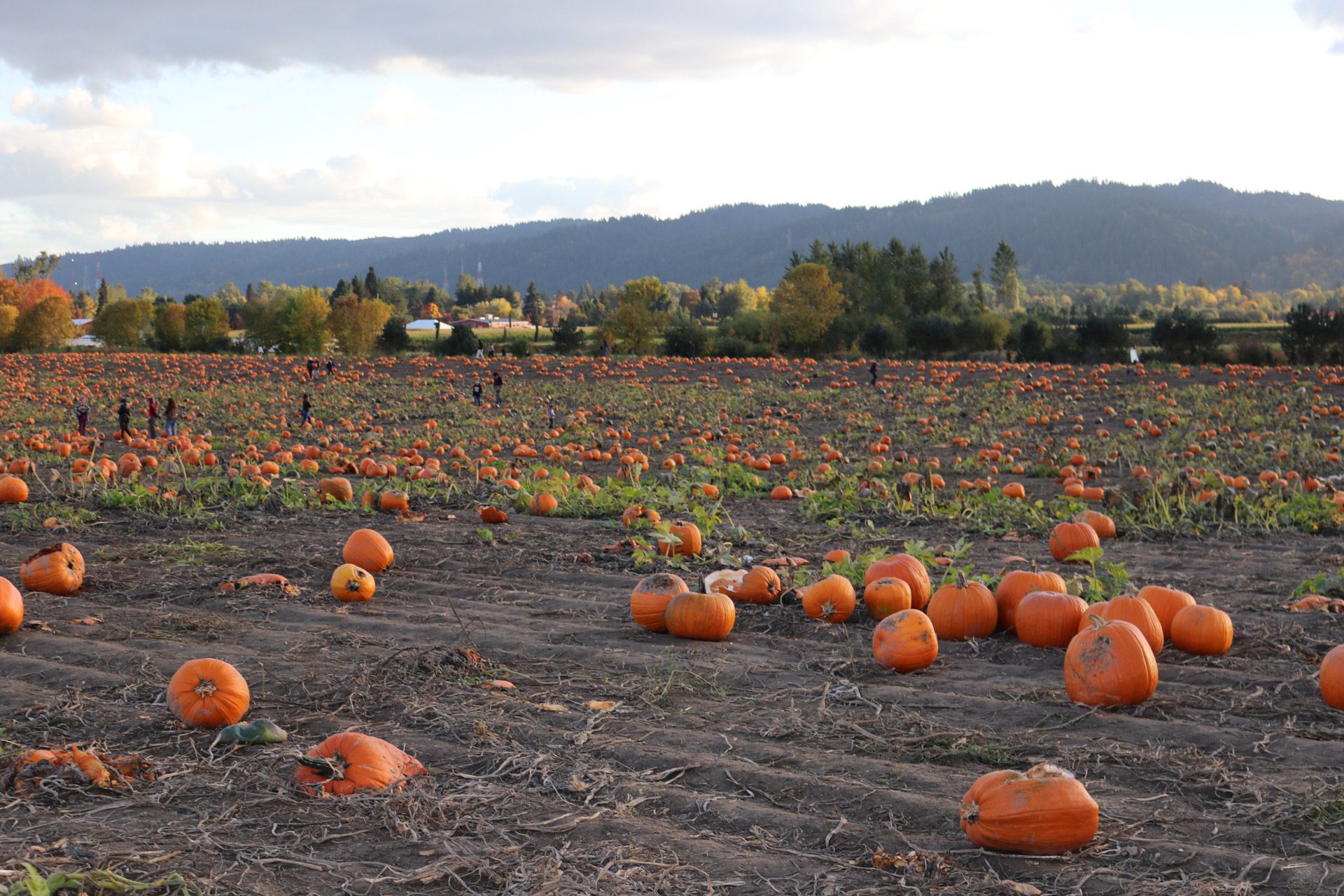 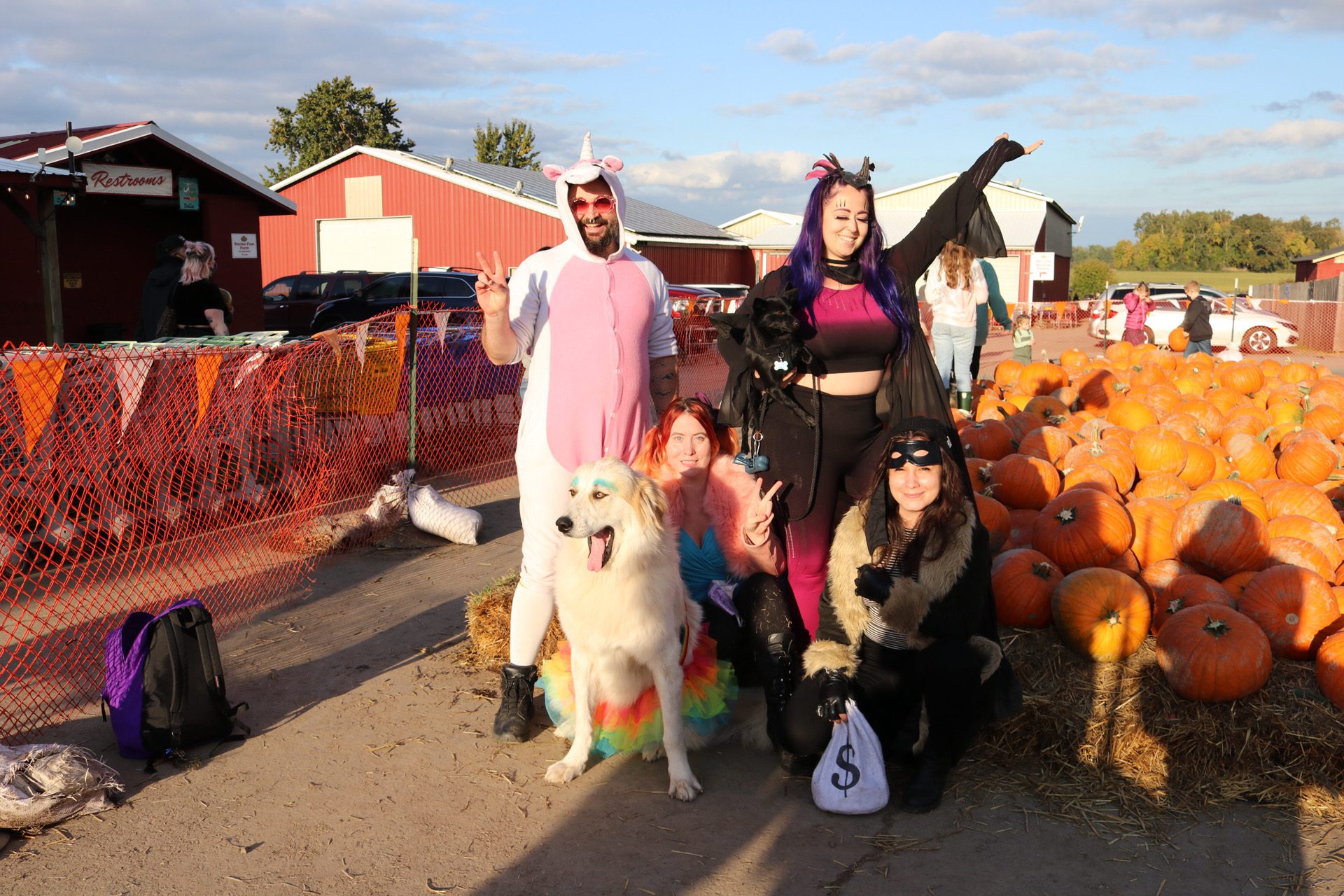 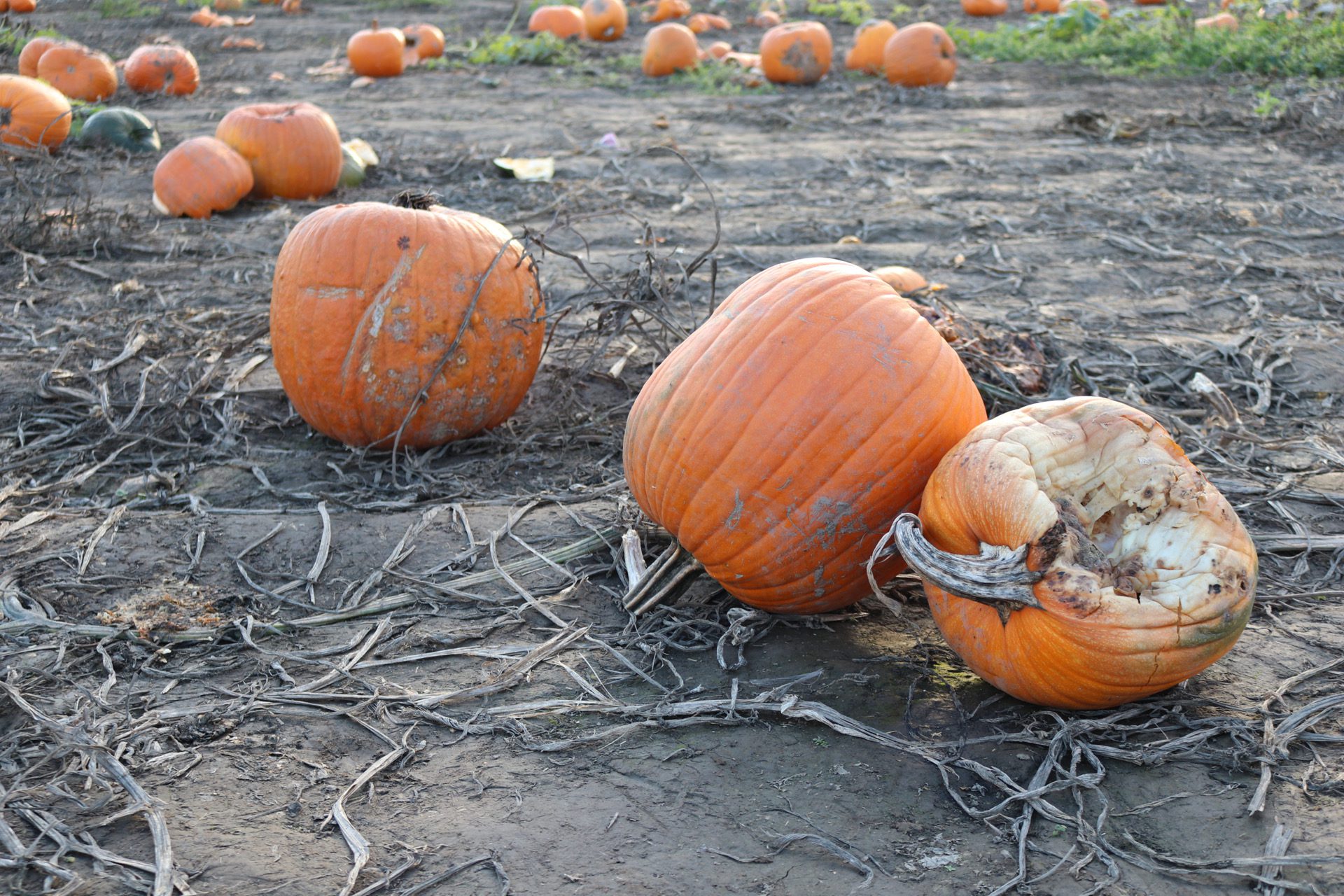 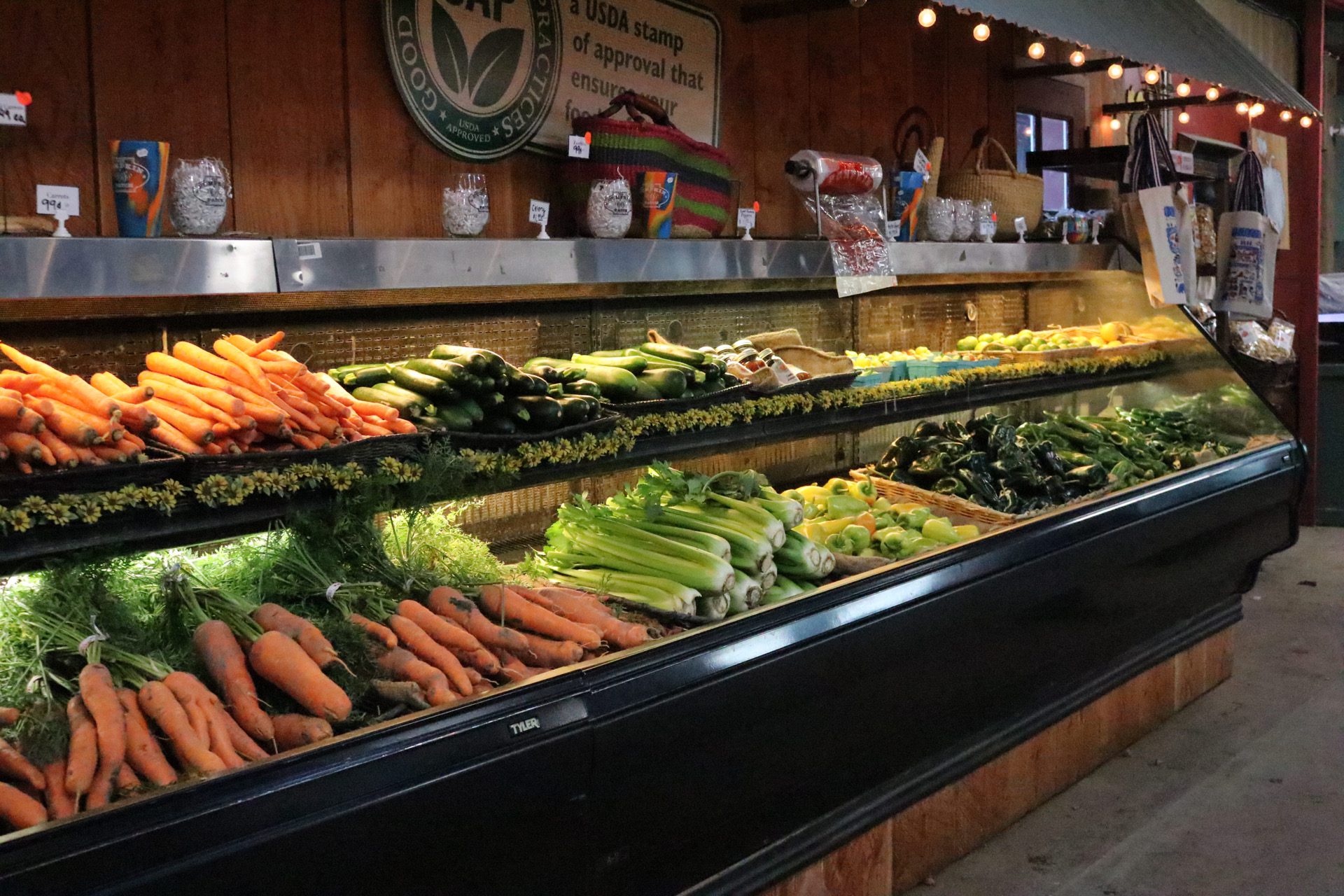 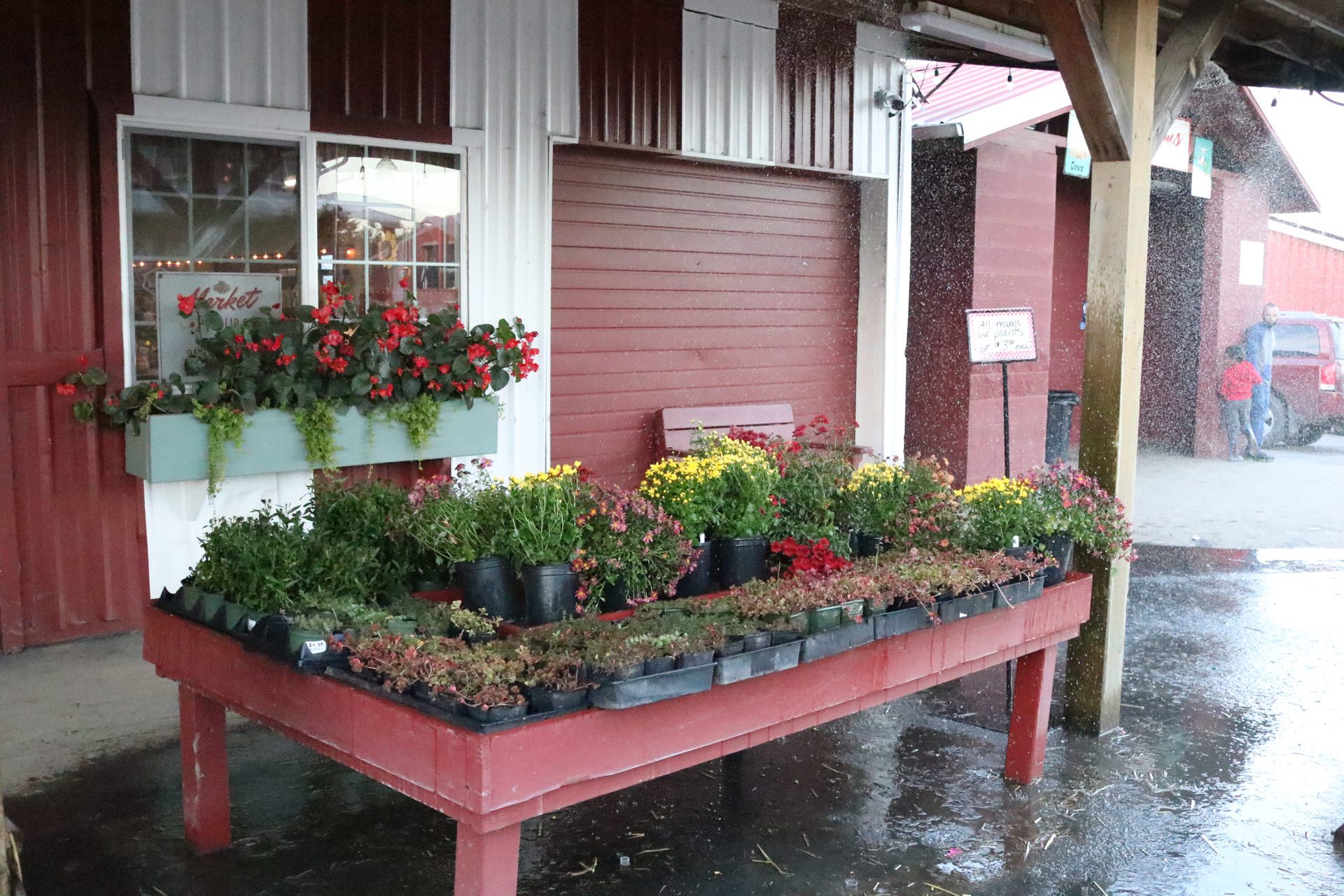 It’s that time of year, so grab your trench coats and rubber boots; fall is back in full swing. If your favorite fall activities include marching through mud to get to the end of a corn maze, enjoying a hayride pulled by a tractor, or searching to find the perfect gourd, The Pumpkin Patch on Sauvie Island might be the place for you.

The patch’s website describes itself as “Portland’s Original Pumpkin Patch.” Intrigued by their claim, a few members of The Print decided to go there to spend a crisp Monday afternoon. We found it to be a delightful spot for people of all ages.

The journey began with a walk through their Big Red Animal Barn, which was built in 1929 and has been a part of The Pumpkin Patch since its opening in 1976. There was no entrance fee to walk through the barn and you could see an alpaca, a goat, two female peacocks, two ducks and four rabbits. Somewhat underwhelming, but all of the animals were adorable and seemed to be living happily in their quarters.

We then decided to press our luck and go through The Maize, an eight-acre corn maze landscaped each year to fit a particular theme. The theme this year was “Bridgetown,” in honor of Portland’s nickname. The corn maze’s website states that the Bridgetown design was constructed for “celebrating the bridges of Portland that connect us all along with the mountains, rivers and forests that surround our beautiful city!”

After spending no less than an hour getting lost in the twists and turns of the maze, we finally got to the finish line and had to commemorate our success with a photo under the “You did it!” banner. A well earned celebration.

It was then time to board the free tractor ride down to pick out our pumpkins from the patch. After a bumpy ride to the field of thousands of orange and green gourds, we found our perfect one. We hopped on the tractor hayride once more and headed back to the main grounds where we were greeted by the incredibly kind staff and paid for our pumpkins.

The day ended with a stroll through The Pumpkin Patch Market where we saw many different locally grown or raised food and other handcrafted items. Some of these products included grass-fed beef straight from Sauvie Island and The Pumpkin Patch’s very own brewed pumpkin spice hard cider. The Pumpkin Patch takes pride in the fresh produce they pick on the farm daily for their customers. More than50 in-season fruits and vegetables are at The Market at any one time.

The Pumpkin Patch is a magical farm sitting on Sauvie Island, it is open until the end of October for pumpkin picking from 9 a.m. to 6 p.m. daily. The Maize is open Sunday – Thursday from 9 a.m. to 5:15 p.m. and from 9 a.m. to 9:15 p.m. on Friday and Saturday for those who want to feel the spookiness of a dark corn maze.

This week, take a ride out of the city and breathe in that fresh farm air at The Pumpkin Patch. Visiting this family farm and picking out the perfect pumpkin at the patch will have you on Jack Skellington’s good list, and you might just get more treats than tricks this year.

Lizzy Marine is from Canby, Oregon. She is the Arts & Culture editor for The Clackamas Print and has been on the paper since 2020. After graduating from Clackamas Community College, she plans to earn a degree in Communications. Lizzy enjoys painting, watercolor, concerts and theater.