Oregon City will be holding a special election on March 9 to elect a new mayor. The special election comes in the wake of the recall of Mayor Dan Holladay. Holladay came under scrutiny after racially charged comments, which he made online, came to light. His removal followed a campaign mounted by a committee, which ultimately resulted in  68% of voters in favor of his removal.

Following Holladay’s recall, five candidates have placed their bids to fill his position. Each of these candidates is diverse in their perspectives and backgrounds. I had the pleasure of meeting with many of the candidates: Alex Josephy, Damon Mabee, Leslie Wright Jr and Rachel Lyles Smith via Zoom, to hear their opinions on important issues and learn more about their candidacies. 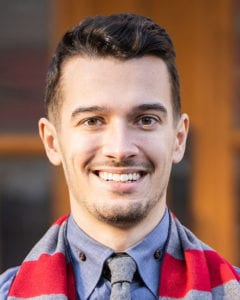 Josephy came from Wallowa County in northeastern Oregon.  He eventually left his small town and came to Oregon City, where he got his honors diploma from Oregon City High School. He continued his education at Linfield College and got his BA in International Relations. From there he went to Beijing, China, and received his post grad in Chinese from Peking University.

Josephy returned to the States, where he said he encountered a ruthless job market which drove him into homelessness for a time. To pull himself out of his situation, Josephy said he worked 72 hour work weeks doing graveyard shifts to make ends meet.

He later decided to get involved in local politics and ended up as the National Delegate to the 2016 DNC. He has also served as the Secretary of the Democratic Party of Oregon, the Oregon Rural Counties Liaison, as well as worked on both Bernie Sanders’ and Andrew Yang’s presidential campaigns. In addition, he has been a part of several caucuses including: Rural Caucus, Gun Owner Caucus, and Asian American & Pacific Islanders Caucus.

Josephy said tackling the homlessness problem in Oregon City is the cornerstone of his candidacy. He said, in regard to solving this problem, “It gets slowed down by people who don’t have a drive to solve these issues. So where’s that fervor and that drive gonna come from once you’re actually elected? It can only come from personal experience.” Josephy believes his personal experience will serve him well in finding solutions to the multitude of problems facing residents of Oregon City today. 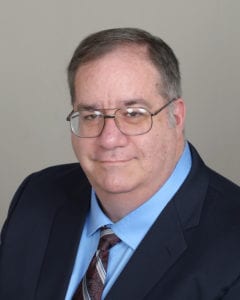 Mabee later served as an officer in the United States Navy during Operation Desert Storm. Following his service, Mabee worked as a field representative for LiUNA Local 483, a workers union based out of Portland. He also worked as an unarmed security personnel for Allied Universal.

Mabee said he aims to be transparent and to listen to his constituents. He said he’s dedicated to common sense when it comes to solving problems and believes that people can always come to an understanding. Mabee said, “Anybody who’s ever worked with me knows that I’m willing to listen, I’m willing to change my mind, if appropriate evidence is given.” He hopes to bring civility and forthrightness back to the office of the Mayor, which he believes was not demonstrated by the previous mayor. Mabee said, “No matter what happens when somebody’s speaking, you need to show them the respect of listening to them.”

Wright grew up in Louisiana and went to Ouachita Parish High School. He played football throughout his junior high and high school career and says he was one of the best. From high school, Wright went into the U.S. Marine Corps where he also played football. He served as a combat engineer and infantryman for eight years.

Once he left the Corps, Wright continued to serve in the Washington State Guard. This included being the Commandant for the Seattle-Puget Sound Marine Corps League as well as Command Sergeant Major in the U.S. Volunteers Joint-Services Command. He has also served as Wildland Firefighter for the State of Washington, and has spent time working for Hughes Helicopters and Flying Tigers Airlines.

In 2013, Wright started Nationwide Building Maintenance & Association, a company which provides tools, training and resources for people looking to start their own business. Wright said the mission of his company is “to help people who want to help themselves.” Wright has also written a book titled: “Janitorial: A Poor Man’s Business But a Rich Man’s Money,” in which he outlines his own rags to riches story.

Wright believes that common sense and a desire to work with the community to solve problems are the qualities he brings to the table with his candidacy. Wright said he does not feel beholden to the duopoly of political parties.“I’m gonna be the mayor for the people,” said Wright. “Not for no Democrats. Not for no Republicans. I’m gonna be the mayor for the people of Oregon City.” He hopes to solve problems by creating unity within Oregon City. 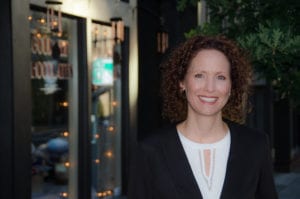 Since Jan. 1, 2019, Rachel Smith has been a City Commissioner for Oregon City. Along with her role as a Commissioner, she has done legislative coordination on ODOT’s I-205 Tolling and congestion relief project. Smith has also been a part of several committees including: the Clackamas County Coordinating Committee and Subcommittee, the Metro Policy Advisory committee and the Enhancement Grant Program Committee.

Smith said she will represent everyone in the community, and believes one of the greatest strengths in her candidacy is that she is a current City Commissioner. She said, “It will be easier for me to step in and be in a leadership role. To continue the work that we’ve been doing, to continue into our goal setting our prioritization and moving into the next biennium.” Smith said there is a lot of value in the fact that she is already plugged in and involved with the community.

Smith said to the Print that, once in office, her greatest priority would be to unite the community and to eliminate divisiveness. She said, “I wouldn’t want to live here if I didn’t feel like I was living in a safe community, and it needs to be safe for everybody.”

The Print was unable to conduct an interview with Phillip Heppner. Mr. Heppner has rescinded his candidacy after civil and criminal charges directed towards him came to light. There is, however, no withdrawal grace period for candidates and he will remain on the ballot. Heppner neglected multiple requests to meet for an interview.

Joseph Lohmolder is the Managing Editor for the Clackamas Print. He was the previous News Editor. Joe has been on staff at The Clackamas Print and a member of the Digital Media Communications program since the fall of 2020. In his free time, Joseph enjoys writing and taking photos.