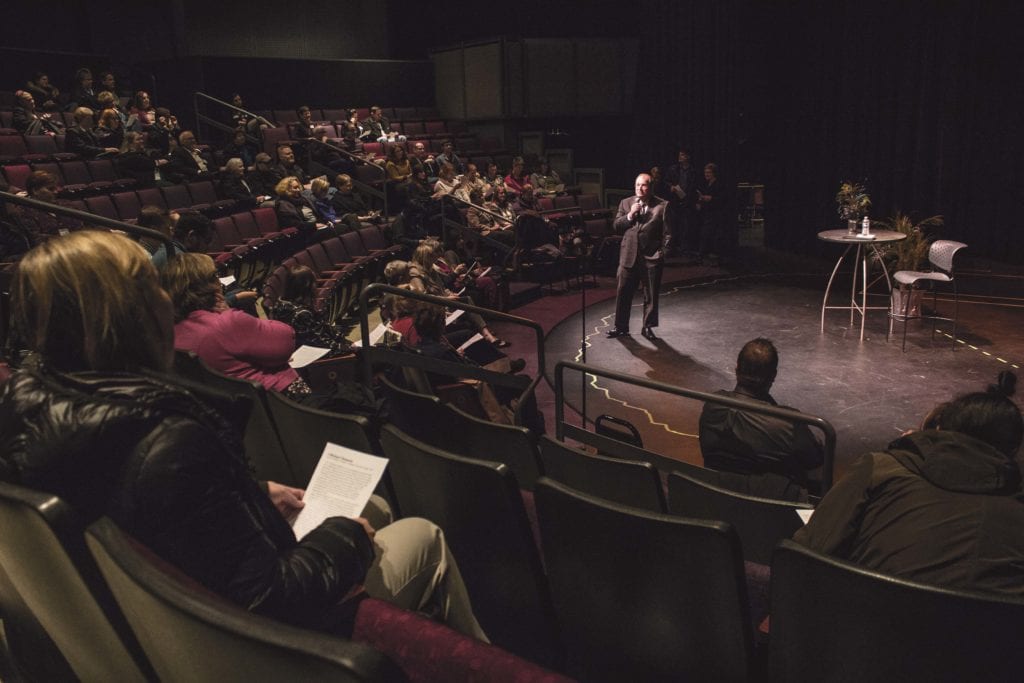 As the search for Clackamas Community College’s new president comes down to the finals, one candidate withdrew. Tim Cook, Jessica Howard and Chris Haines remain.

Each candidate received an equal chance to speak at a public forum on campus, where faculty, staff, students and the community could participate and ask questions. Last Wednesday, J. Michael Thomson spoke at the last forum.

An audience member said, “You’re a finalist in another search. Can you list your decision points for how you would decide which college to go to, should you be offered both jobs?”

“If I am building a new life, I have applied to more than one place.” said Thomson. He said that if he makes a commitment to an institution, like Clackamas, he keeps his word. “Ultimately, the way it works in my profession, if I’ve applied some place, I’d say ‘yes,’ the first place that comes to me, I should be saying ‘yes’ to,” said Thomson.

For the past seven years, he has focused on his job and cancer support. He is a widower for a little over a year and a half, so he said he shut everything off for a while. His next step is to build a new life by moving to a new place and getting a new job, said Thomson.

For 13 years he was at the Eastern Campus President of Cuyahoga Community College in Ohio. He has a bachelor’s degree from Pennsylvania State University and a master’s and doctoral degree in political science from the University of Kentucky.

He previously worked at Northern Kentucky University for 19 years.

At the Cuyahoga Community College, one of his accomplishments was that he secured a $10 million endowment to create the Jack, Joseph and Morton Mandel Humanities Center.

Also, he helped pass a $227.5 million bond project in November that would set the college up for 15 years in a financial plan. He said that the campaigning is a lot of hard work and it is done with teamwork, but he loves it.

Haines took the stage on Jan. 22 for the presidential forum. The Interim President of Phoenix College in Arizona majored in political science and received her master’s degree in educational counseling from Northern Arizona University.

For more than 30 years, she has been working in higher education, in community colleges as well as universities. Haines also coached volleyball and basketball.

If she were to become a part of Clackamas, she said her first goal would be to get to know as many people as possible. Meeting with faculty and staff from the school, student leaders, the community and legislators is important to do in the beginning.

She talked to students on campus and they voiced their concerns about having more scholarships available because some students make  just enough that they don’t qualify for the Pell Grant, but not enough for all of school’s expenses.

Also, several people brought up the issue about the lack of diversity on this campus.

“I don’t think that just one person could fix it; I think it has to do with everyone being intentional about it and wanting to do something,” said Haines. “To me, it’s really important that students see people in positions of power that look like them, and if we can do that at any level, I think that’s important.”

She said that the Black Student Union at her college wanted to have Black Lives Matter on campus, and they did. Haines said that she has only worked in Hispanic service institutions and she believes in that.

She said Clackamas’ job description for president listed a lot of the same qualities that she values.

“Especially the collaboration piece, the communication piece, the caring and feeding of the students, and making sure that everybody is valued for the work that they do,” said Haines. “All those things stuck out to me and that’s the place that I want to be.”

Stephanie Schaefer, department chair in the counseling department, is a part of the Diversity Equity and Inclusion Committee. She attended three out of the four presidential forums and offered her insights.

“The candidate has to be well rounded in a lot of different ways,” said Schaefer. “Every department, every division, we have our own things that are near and dear to our heart, but the thing that I think is more important to me in a leader right now, is someone who can foster the diversity efforts on campus … I need a president who is going to lead us and improve what we are doing, rather than just keeping the status quo.”

Now that CCC’s President Joanne Truesdale is retiring in June, the position needs to be filled. The college still has a decision to make by March, according to the president’s office, but student, staff, faculty and the community can still provide their inputs. The president search feedback survey is open now through Feb. 2 at: