Putting on the green light

To the joy of smokers, business owners and the 56 percent of voters who voted yes on Measure 91, recreational marijuana became legal statewide Oct. 1. A quick search of the Oregon Liquor Control Commission’s list of registered dispensaries turned up 132 places to buy marijuana in Portland.

There are four in Clackamas County.

While Multnomah County has seen a “green rush” of sorts, Clackamas County has seen a dramatically different situation. Not only are there fewer pot-related businesses, but some are working to keep marijuana out of their towns and neighborhoods entirely. With this, the business owners, employees and growers in this area face an additional set of challenges.

“Yes, there are [additional challenges],” said Courtney Davis at Oregon Bud Company on SE 82nd Dr. Clackamas County more
profoundly regulates the licensing of marijuana dispensaries than Multnomah, she said. A dispensary can’t be within 2,000 feet of a school.

A quick fact check with the county commissioner’s draft on marijuana laws from March 10 found that there are even more restrictions than Davis suggested. In Clackamas, marijuana dispensaries must be 2,500 feet from each other, 2,000 feet from schools, 1,500 feet from light rail stops, libraries, parks, adult foster care, public housing and liquor stores and 500 feet from a child care facility. In addition, they must be 100 feet from a residence.

The restrictions go on. Aside from Clackamas County’s laws, Chapter 9.06 of Sandy municipal code says, “No person, business or entity may establish a marijuana facility within city limits.”

Effectively, these restrictions corral the dispensaries into certain neighborhoods.

There is room for three dispensaries on McLoughlin Boulevard (there are two operating now).

There is additional room for five more in Clackamas: two on old 82nd drive (Oregon Bud Company is one, another could open
near the former Clackamas Elementary), one on Highway 212 (Stony Only) a fourth near Clackamas Promenade, and the final near the intersection of 92nd and Johnson Creek Blvd.

This equates to three more dispensaries county wide for a total of seven.

At the Maritime Cafe on McLoughlin, budtender Daniel Hanna said he didn’t have worries for his own dispensary, at least.

“I feel like Oregon didn’t realize how many smokers there were,” said Hanna, addressing the amount of business. Hanna was unperturbed about future concerns. He said, “I think there will be a lot of tourism involved,” and that they had a large number of first time marijuana smokers come in.

State regulation did creep into his thoughts as he mentioned starting Jan. 1, there will be a 25 percent sales tax added at all shops. Maritime’s own $6 to $10 grams will stay the same price, but the tax will stack on at the register.

Hanna said he knew some shops were preparing for the tax by adding the 25 percent in now, but the Maritime was staying cheap, at least for the moment.

Aside from county and municipal laws, at least one home owner’s association is attempting to ban the growing of marijuana in their neighborhood. Local grower and Clackamas Community College alum Zack S. (who asked that his last name not be used) says his homeowners association is at least considering it. A new proposed bylaw would ban marijuana growth on the grounds of smell, but Zack isn’t worried. He said, “I’m not really breaking any (state) laws here and I don’t feel like I’m doing something immoral, so I’m not too worried.”

Would a ban on marijuana growing in his neighborhood slow him down?

“I understand that it could be grounds for a fine or worse, but there’s no real way for them to prove that I’m a grower of pot. I haven’t exactly heard their specific arguments against it, so I’m skeptical of their attempts to ban growing. If their concern was rooted in a logical thought process, like if we were in a drought and there were concerns of too much water being consumed I could understand. But it strikes me that … it doesn’t sit well with their traditions or greater plan for the neighborhood as a whole. I’m less understanding of these concerns,” said Zack S.

“This is the age of the ‘mom & pop’ grows with normal … people growing a pot plant in their own home as a hobby much just as they would with chili peppers or flowers,” said Zack.

On McLoughlin, the Little Amsterdam Wellness Center is co-owned by a husband and wife. Three budtenders worked steadily in a very clean large room. The blonde budtender behind the counter said, “It’s good they are taking baby steps,” in regard to the edibles and the legislation surrounding them. Edibles are harder to regulate, as the amount of THC in each one can vary dramatically.

Her words were echoed by Davis at Oregon Bud Company. “The state is doing a very good job,” she said. Marijuana business owners and workers seem to agree that the state’s regulations are good for the industry. Each seems willing to follow the rules, even gladly, for their chance to run a business selling something they are passionate about. 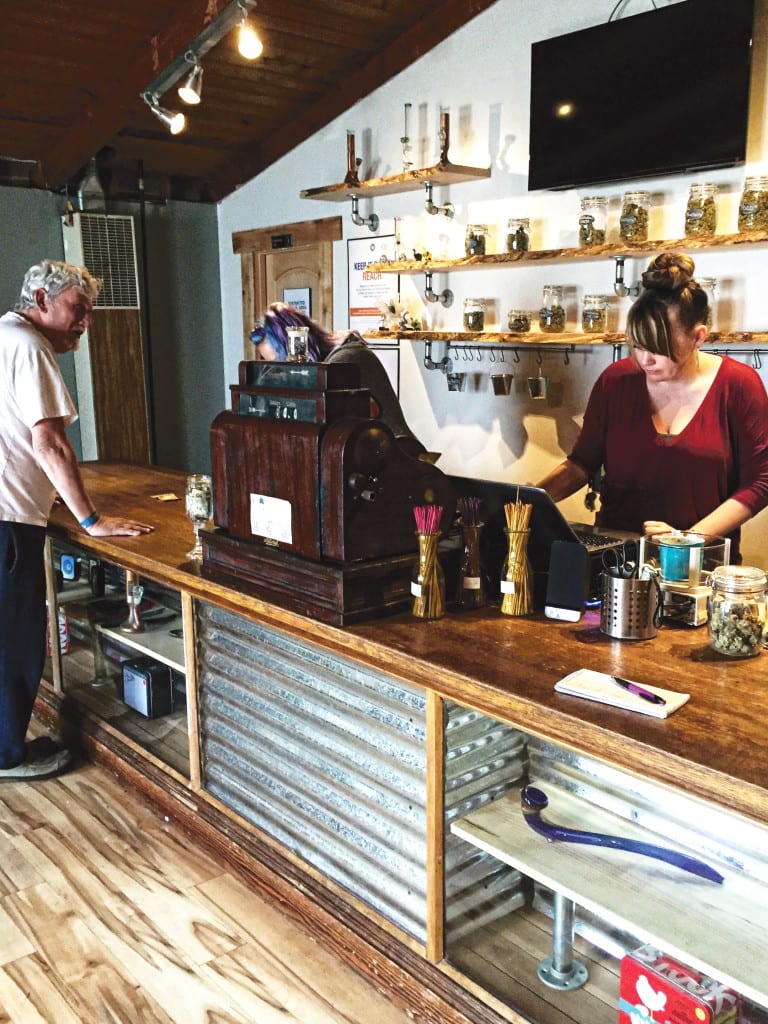 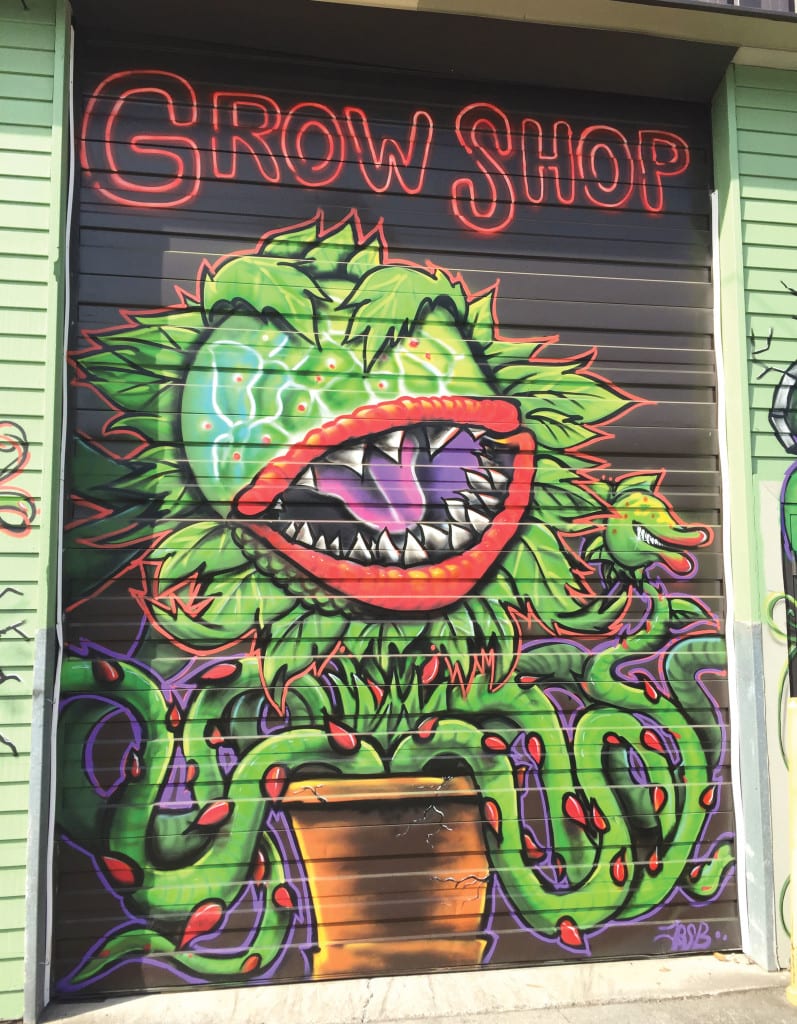