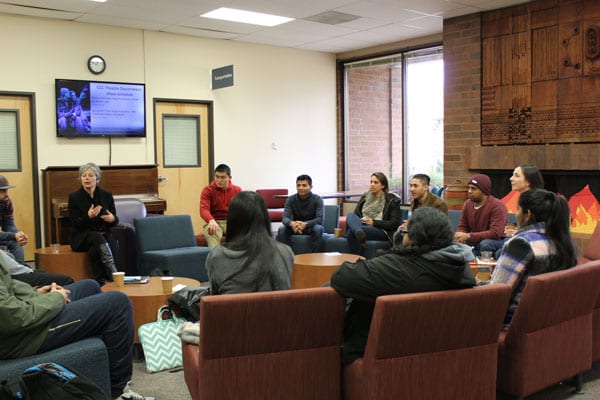 To protect or not to protect undocumented students? For Clackamas Community College, the answer to this question is: to the full extent that the law allows. But what does that mean for those in need with President Donald Trump in office?

Colleges across the state have deemed themselves as “sanctuary” campuses, and even cities and counties have done so as well. Schools include Portland State University, Reed College, Portland Community College, University of Oregon, and Oregon State University. Further, the City of Portland is considered sanctuary, as well as Multnomah County.

Zak Stone, a Portland State University student, thinks PSU’s sanctuary campus is “cool” and important for the people, to protect them.

On Dec. 20, the Clackamas Board of Education members voted unanimously (save for one who was absent) in favor of a resolution to protect student information, but declined labelling the college as a sanctuary.

According to the board minutes, President Joanne Truesdell said, “the term ‘sanctuary’ has no legal standing and could mislead students into believing we can protect them and their families from law enforcement.”

The topic of the Clackamas board meeting was the protection of students in response to the threat that has loomed over the minds of many: that Trump will invoke the full power of the immigration policy he spoke of during the election and that he’d deport the millions of illegal immigrants in America.

There is fear that the United States Immigration and Customs Enforcement agency will send officers to burst down doors and drag families out. But the Right to Learn resolution, which was the school’s response to a call for action for the safety of undocumented students and staff , seeks to prevent that from happening on campus.

Nora Brodnicki, the art department chair, said ICE officers must notify the president and the director of college safety if they wish to step on campus grounds.

“So, the reasoning behind that is so that you’re in a classroom and federal agents don’t just walk into your classroom and pull students out,” said Brodnicki. “And that’s what this resolution does, it protects all of us from that happening.”

An ICE officer couldn’t go to the college and request certain information about a student without a subpoena.

The purpose of the resolution is to help students continue their studies and to protect their information, but the college will follow the law. If an ICE officer were to come for someone within the parameters of the law, staff and faculty would attempt to avoid a scene, but would ultimately be required to submit.

The resolution, which was drafted in December, is subject to change, even by an iota.

“Any meeting that I have been present, no student or group of students, or race or gender has been left out of the conversation. So, we have been really inclusive,” said Enrique Farrera, president of the Association of Classified Employees. “We have supported for everybody to be able to come in and study, which is the main focus. To continue education.

“We’re not closing the doors, that’s not the purpose of that.”

Farrera advocates for a state-wide resolution to come from the Higher Education Coordination Commission.

For students who need to express themselves or need a community to talk and associate with, every other week the international students hold a Tea and Talk in the Community Center’s Fireside Lounge.

The group has an “open door,” meaning anyone can join. For non-international students, it provides an intellectual space to understand another point of view.

The Clackamas international students also have a group on Facebook, and they will be holding a musical performance in the Community Center on Feb. 16 outside the Fireside Lounge.