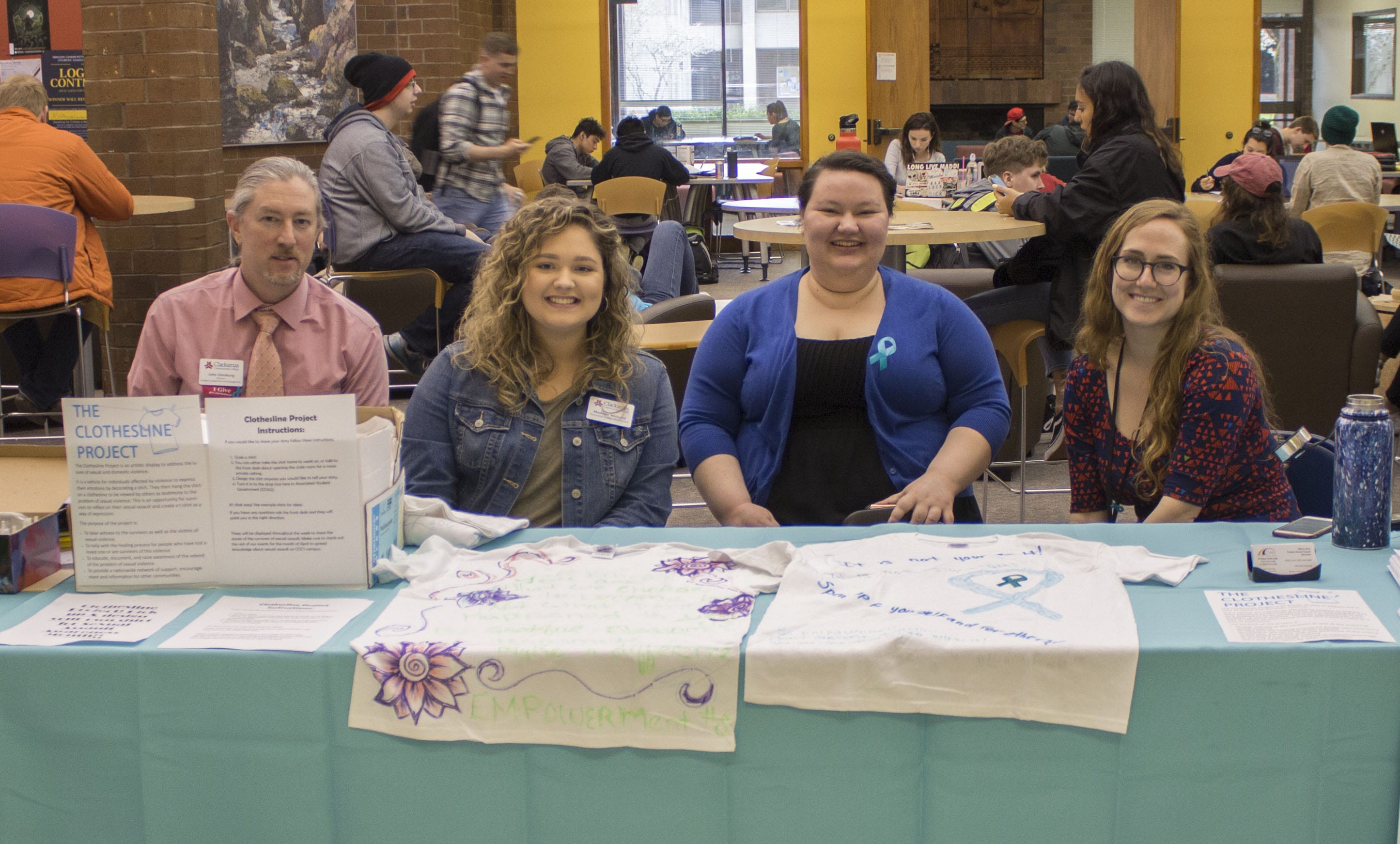 With statistics like these, reported by the Bureau of Justice and the Rape, Abuse and Incest National Network, recognizing the importance of sexual assault awareness is the key to building safe, healthy communities.

Clackamas Community College, along with the CCC Associated Student Government and the Title IX team have taken it upon themselves to organize awareness events throughout the month of April.

Sexual Assault Awareness Month (SAAM) is a nationally recognized time to raise awareness of the issues every community faces because of sexual violence.

Even with high statistics such as these, the actual numbers are even higher – underreporting assault is common among both men and women, but it is especially prevalent in men.

Encouraging victims to come forward and report, or even seek help and support is another main point of SAAM. “Being silent is being compliant, and we really have to take a role in ending this for it to actually end, and showing up is the first step.” CCC Sexual Assault Advocate Mary Vest said. “I think [the Me Too Movement] is empowering people to report or at least say something to someone, and I think that that is half the battle.”

This year’s theme for SAAM is consent, which is a root issue for many instances of assault.

Typically, sex is thought of in terms of reaching “bases,” instead, try using a pizza metaphor, Vest said. Instead of thinking about “offense” and “defense,” think about sex as pizza toppings, with everyone preferring different combinations, this introduces a different perspective, rather than the typical one where women are the “gatekeepers” and men the “pursuers,” Vest said.

Sex should be an ongoing dialogue, with consideration of people’s different wants and needs. “It’s not ‘one team loses and the other wins.’” Vest said.

On April 2, CCC made blue flags available for students to place around campus, representing themselves, or people they know that have been affected by sexual assault.

Azorr said she counts the event a success. “We had students coming up and saying, ‘oh my gosh, this is great, I’m so passionate about this issue, here’s my information, let me know if you need help.’” Azorr said.

“That’s the goal,” Vest said, “to find those ways of how we can create connections.”

While the flags were blue, to represent SAAM’s official teal color, the team hopes to have more colors next year, to represent other genders, orientations, even types of sexual assault experiences.

Making sure to include as many people as possible in the events was important to the team.

A table was hosted at the CCC Resource Fair, with the team handing out water bottles, t-shirts, stickers, pins and other promotional items, to help get students excited for the events.

Feedback from students is essential to successfully planning for the next SAAM.

“Part of the beauty of the month is really calling on everyone to think about what are the things you can do,” Vest said. “[That might] look like supporting survivors in your community, having conversations, [being] a part of the movement, even in small ways.”

“I think that the biggest thing is that we want to get more student involvement.” Azorr said.

More events for SAAM include the Clothesline Project, running April 16-20, where survivors can decorate t-shirts to be displayed on April 23. Students can pick up t-shirts at the ASG office or Vest’s office, and illustrate their story through words or pictures, however they want.

Trauma-informed yoga and massages will be led on campus on the 24, with email sign-ups through Vest.

On April 25, all students are encouraged to wear denim for Denim Day, and CCC will be hosting a showing of the film “The Hunting Ground,” along with a panel of college and community members to talk about the community’s response to sexual assault.

April 26 will be the closing event, with CCC hosting a resource fair with free food and interactive discussions about consent.